Show Must Go On: same actors

FRS is ready to decrease in rates; Iran increases aggression degree; business and politicians prepare for G20 summits and the EU. The next two weeks are sated with political events which will help to predict world trends till September.

Optimistic statements started protective purchases of bonds and gold and led to sales of dollar. Trump is trying to put pressure on the head of the Fed personally, although the Fed has supported market confidence in the imminent reduction of interest rates, but continues to appeal to external risks. The Fed prefers the tactics of maximum support for the stock market bubble (which undoubtedly pleased Trump), expects a steady growth of the economy and a strong labor market with inflation rising close to 2.0%, but is ready to react quickly depending on the circumstances. Despite the favorable outlook for the economy, inflation forecasts were heavily revised downwards.

Powell did not begin to deny a possibility of decrease in a rate at a July meeting, and at once for 0.50%; comments of his colleagues maintain such prospect. But the problem is that the minimum volume of weak statistics is necessary for confirmation of market expectations and acceleration of fall of the index of dollar at least. Any strong data of the USA will cause cancellation of the idea of decrease in rates, will destroy «bubble» in the debt market of the USA and guarantee the vertical growth of dollar.

There are always high stakes for such meetings, we will note only the key purposes.

The strongest reaction is expected by results of Trump's meeting with Xi Jinping. Strengthening of yuan exchange rate of a course before a meeting of leaders confirms readiness of China for negotiations. Minimal progress will be the decision to abolish the introduction of duties on the remaining imports of China (approximately $300 billion), but this is unlikely to be enough to return optimism to the markets.

If Trump does not give up his most stringent demands, the risk of an escalation of the conflict will increase. Signing a global bilateral treaty is unlikely, but, in any case, the dollar's reaction cannot be interpreted unequivocally, since another front is relevant in a trade war.

Junker is ready to discuss the European trade agreement with Trump, the main task: to defend the agricultural market of the EU and not to allow increase in duties on import of a car of the EU. Negotiations are expected to be difficult, Trump's verbal threats are not excluded, which will cause a short-term fall in the euro. The question of preserving guarantees on the inadmissibility of competitive devaluation of currency rates can be discussed without US participation − we are looking for details in the final communiqué. Trump's any statement on currency rates can reinforce the momentum of a falling dollar.

Trump gave to Europe and Japan half a year on signing of trade agreements according to which they have to reduce export of the cars to the USA and open some of the markets. The European Commission is ready to answer with adequate increases in tariffs, and in case of American «penalties», the USA will be received cheaper by euro and «countervailing duties» for export from the eurozone.

The leaders of Europe did not reach a consensus on the candidates for the main posts in the EU leadership, in particular, against the appointment of Weber to the post of head of the European Commission, now not only Macron, but also Germany. The variant with Weidmann as head of the ECB even looks like a conflict. A meeting on July 30 to discuss new proposals for candidates promises to be too active and can be delayed until breakfast on July 1, which means a great chance of opening markets next Monday with a big gap in the euro. It is likely that the EU will open a disciplinary procedure in respect of Italy, but if the government is ready to make a pledge of fines and maintain the ruling coalition, this fact will only have a short-term impact on markets.

This week, the main data will be inflation of consumer spending, GDP for 1 quarter, a study of consumer sentiment according to CB and Michigan, personal spending and income. June 27, the Fed will show the results of the annual banking stress tests. The EU publishes the German IFO index and consumer price inflation in the Eurozone.

To fans of Asian assets we recommend to pay attention to the solution of RBNZ at the rate and balance of trade balance of New Zealand, the minutes of BOJ and the PMI indexes of China

The Summit OPEC+ will be held July 1-2, and the new date of the meeting looks strange, given the fact that Iran announced the impossibility to take part at this time. Fed officials will continue to comment on monetary policy prospects: tomorrow Powell will give an extended interview. We are waiting for the traditional insiders after the ECB interim meeting on Wednesday. 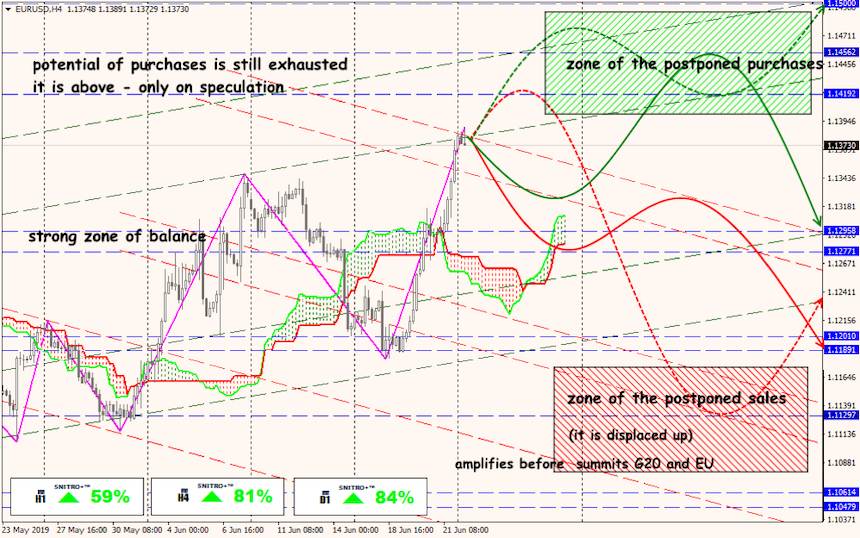 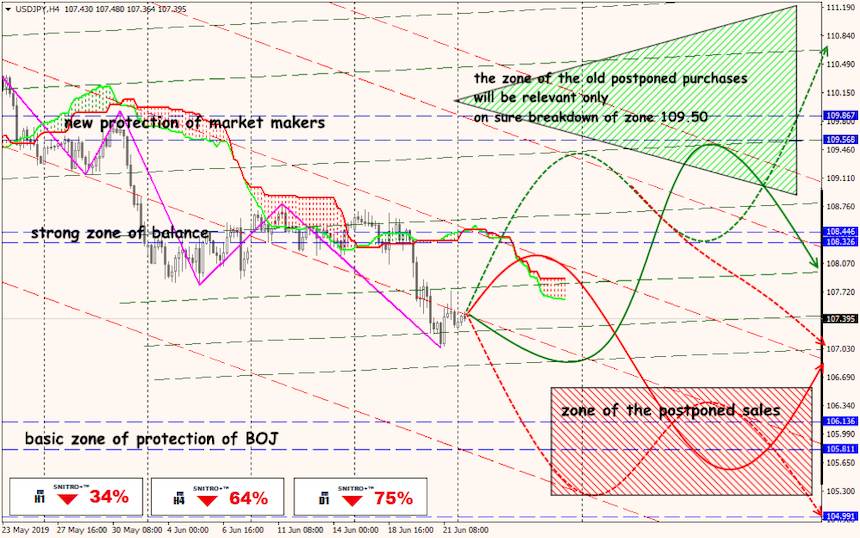