Scandal as a method of solving problems: simple, effective, but dangerous

ECB does not believe in its happiness; European Commission prepares legal action against Britain; China takes a break «in the war» before the US elections. The market is flooding tankers with oil again, and we are waiting for the Fed's «autumn word».

The main pain points of the past week:

The Johnson government has submitted a draft Internal Market Law to parliament for parliamentary consideration, keywording of which violates Britain's commitments to the EU already enshrined in the Brexit agreement. In particular, this applies to relations with Northern Ireland. The anger of the EU leaders was immediately voiced, and the United States, Wales, Scotland and even Northern Ireland joined them. The European Commission plans to sue both Britain and Johnson personally for violation of international treaties.

Investors had hoped Johnson was bluffing, but London has no intention of closing a trade deal with the EU. For Johnson, the main thing is sovereignty, and trade issues are supposed to be resolved through direct bilateral negotiations. For example, the UK and Japan reached an agreement on free trade, which became the first major trade deal in Britain after Brexit, an increase in mutual trade turnover is planned by about £ 15.2 billion. Such an agreement is a single fact, but this information can already be speculated.

Alas, Johnson never found a way to part with the European Union in a way that would suit both the British parliament and the opposition. Another round of negotiations failed, and although the EU did not officially refuse to continue consultations the situation with Brexit has been suspended until the final vote by the British Parliament.

The debate on the scandalous bill opens today, with the main investor panic expected in 2-3 days. Recall that Johnson can now pass any bill using only the votes of the Conservatives.

The BOE meeting on September 17 will not lead to a change in policy, but the pound will react to the rhetoric about the possibility of cutting rates to negative values.

ECB meeting turned out to be colourless as standard but neutralized the fears of market participants about possible actions by Central Bank to prevent the growth of euro.

Very fact of ECB's close attention to the euro exchange rate makes Eurozone a target for Trump's trade duties based on the violation of the G7 agreements. Unexpectedly, the verbal support for Europe was provided by Bank of Canada: the head of BOC, Macklem, is also concerned about the excessively rapid rate of dollar devaluation. Corrective monetary steps are planned to be taken at the end of the year.

ECB's inflation forecasts were not revised downward: after the meeting, insiders said that ECB members recognized the growth of the euro as fundamentally justified. Lagarde several times voiced the scheme: the growth of euro exchange rate negatively affects inflation − inflation is the goal of ECB's mandate − ECB is monitoring the development of situation. But Lady Christine did not dare to confirm her verbal threats with the possibility of concrete action. As long as the Eurozone economy shows a recovery, ECB will not be able to turn the euro down.

Saudi Aramco has cut the selling prices of its oil for Asia for October delivery by $ 1.40 a barrel. Nevertheless, the capacity utilization in China is declining, as current prices do not allow making good money on processing raw materials, and independent firms in this industry have exhausted a large share of their import quotas.

Oil dynamics is more dependent on the Fed's decision and rhetoric than on committee meeting the OPEC +outside of OPEC. Weak oil demand provokes an increase in world reserves and again creates risks of overflowing storage facilities. Onshore oil storage facilities are close to full, tanker resources are at a minimum. Some of these vessels are capable of storing gas oil and diesel, so the stocks of refined products remain critically high.

The key event of the week will be Fed meeting on September 16.

When assessing possible actions, it is necessary to analyze actual data and the prospects for economic growth, taking into account fiscal policy. The Fed is also forced to take into account the situation with the pandemic and the upcoming November elections. A new congressional stimulus package is unlikely to be adopted before the election.

The situation with the second wave of COVID-19 remains difficult, even with the start of mass vaccinations,US economy will remain under the negative influence of the pandemic at least until the end of the 1st quarter of 2021.

The markets will receive all the necessary volume of data before the press conference and Powell's speech will hardly be able to reverse the trend that has begun. No one dares to openly declare that the Fed is simply obliged not to allow Trump to win the election, because the policies of the incumbent president destroy the economy, and, ultimately, affect the Fed's ability to fulfil its mandate. It is clear that the head of the Federal Reserve will be too cautious − for him personally, all options are negative.

In addition to the new British scandal and the Fed, this week we pay attention to the statistics:

During the period of silence at the Fed, on Thursday the comments will try to rectify the situation if Powell's press conference fails to turn the stock market up. The dollar will turn higher if most Fed members predict the start of a rate hike cycle in 2023. A sharp drop requires a «too optimistic» surprise from Powell. The results of the FRS meeting will also be decisive for the euro out of the range. 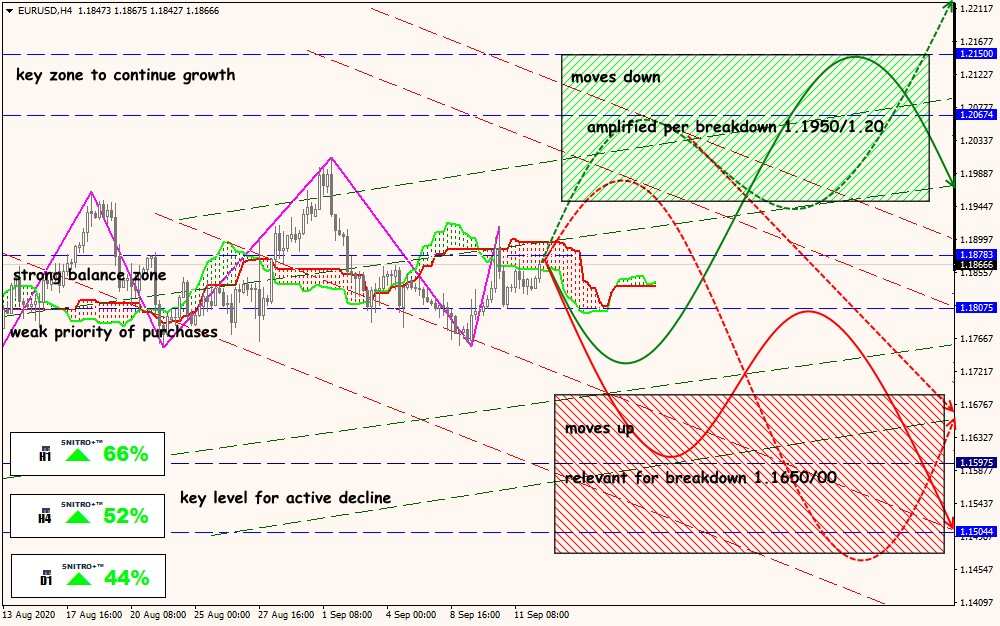 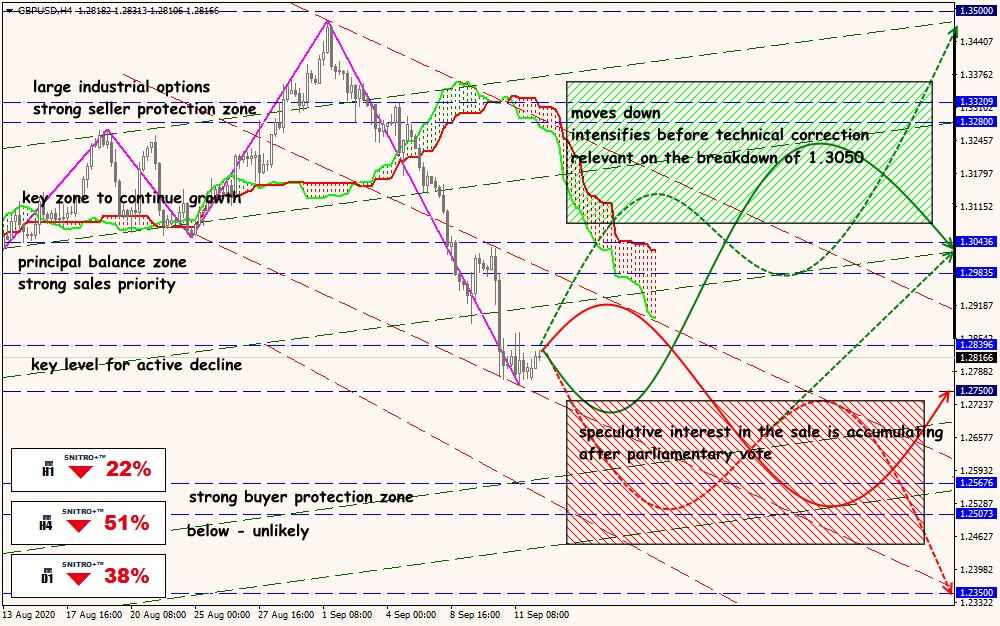 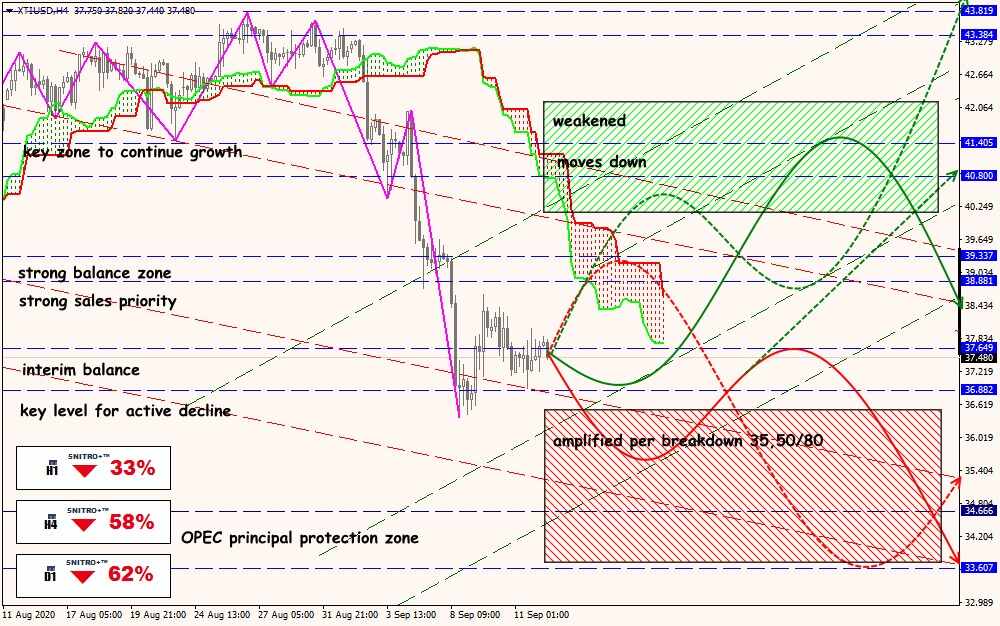