«Rollercoaster» pattern: dangerously, but there is no alternative

Trump accuses FRS; Italy blackmails with the EU; Brexit is ready to sign peace. The Wall Street fails; the OPEC loses control over the market, and China looks for new power sources.

Autumn despondency obviously does not threaten us.

Stock indexes of America and Asia failed approximately for 5%; aggressive sales turned out to be a consequence of the sharp decrease in capitalization of the American market because of a collapse of the technological sector. The mistake in weather forecasts will cost much the USA: the hurricane «Michael» is recognized as the most destructive in the region for the last 100 years. Evacuation from zones of disaster affected more than 2.1 million inhabitants, but in some areas, it was necessary to wait an out disaster on the place. The industrial damage cannot be assessed so far.

Correction on oil turned back of the loss more than 5 figures. The report of the IMF on risks of delay of the world economy and a decrease in forecasts for GDP became the catalyst. The negative amplified after a release of the report of the U.S. Department of Energy which pointed to the renewal of growth of extraction of raw materials in the country after a long stagnation.

So, now on the agenda:

Verbal interventions of Trump, at last, took effect – the dollar fell all last week and pressure of the stock market only saddens a picture. Powell, as always, is laconic − FRS remains the only Central Bank toughening monetary policy on a constant basis.

As of 26 September, the opinion of FRS members was more optimistical, than at the moment – the protocol for which publication we wait on Wednesday became seriously outdated. Most members of FRS do not see risks of strong or/and sharp growth of inflation and if the protocol confirms this point of view – the dollar will appear under the descending pressure. Reasonings of members of FRS on the level of a neutral rate and actions for its achievement and also a possible change of policy of the Federal Reserve System as a result of to the implementation of negative scenarios, in particular, of escalation of trade wars are of the greatest interest.

The season of the corporate reporting under profits made a good start thanks to the strong financial statements of JPMorgan, Citigroup and Wells Fargo which reported the tangible growth of quarter profits. The possible positive of reports of the current week will help dollar to be stabilized.

In Germany, the CDU party promptly loses the rating because of failure immigration policy. Yesterday's elections in Bavaria were a strong blow for Merkel: her partner in the conservative block Markus Söder have lost the absolute majority and collected a minimum of votes since 1950. The next control point – the beginning of December. The regular congress of CDU will take place in Hamburg and Merkel will have a serious rival, and even not one, for the first time for the last 20 years. The failure to the fight for a post of the party leader means resignation of the chancellor. The reaction of euro for the low result of CDU party will be short-term.

Representatives of the EU and the Prime Minister of Britain May agreed on the agreement on Brexit, official registration is planned during the summit of leaders of the EU on 17-18 November. Actually, the agreement on a divorce – the sums of mutual payments and lack of rigid border between Ireland and Northern Ireland and the declaration on future relations are prepared. The preliminary agreement is approved by ambassadors of the European states and sent for consideration to Ministers of Foreign Affairs of EU countries (a meeting on 16 October). Negotiations on the trade agreement are planned after the actual secession of the EU in March 2019.

However, uncertainty concerning parliament remains though May makes all efforts to reduce the number of «dissenters» in the party and to attract voices of the Labour Party. Investors will be able to sigh quietly only after the final vote. Tomorrow we wait for the official statement and Barnier's comments that can actively support the pound.

The government of Italy persistently refuses to correct the budget. On Saturday Italy was actively opposed by «EU three» Juncker+Lagarde+Draghi. The banks of Italy having on the balance the state treasury bills of Italy for the sum of €375 billion are under strong pressure. The insider from the ECB reported that Italy cannot count on carrying out interventions of the ECB in the debt market or/and on granting additional resources to banks of Italy from the ECB in case of problems with liquidity. We wait for the new draft budget today, the European Commission will have a week on the answer.

The positive for euro is possible if Italy reconsiders the budgetary indicators, the European Commission agrees with them, and at the same time «5 stars» party of Di Maio do not leave the coalition, and rating of Italy is not downgraded to garbage. Otherwise – we look only down.

Analysts do not feel optimism concerning Trump and Xi Jinping's possible meeting on a G20 summit, therefore, the panic degree in the Asian markets does not decrease. In November the anti-Iranian sanctions are effective, and already now expensive oil beats pockets of consumers and the companies, especially in those countries where the currency strongly depreciated in relation to the dollar.

China and Japan significantly reduced import volume, but the full refusal of the Iranian deliveries is not even discussed. Beijing actively buys up the Canadian oil, emissaries are sent to Venezuela, Brazil and the countries of Western Africa. It is clear that oil sanctions will cause strong redistribution of the market of deliveries, but in general the negative for Iran will be much weaker, than counts the USA.

The main problems will begin when China decides to depreciate the currency above a mark of 7 yuans for a dollar and the probability of this step grows. Nevertheless, the insider claims that, despite Trump's emotions, the Ministry of Finance of the USA does not intend to call China «the currency manipulator» in the semi-annual report. We wait for the publication today.

The current week it is necessary to trace:

Performances of financial figures are not expected − FRS can quietly sit in a hole till November. Draghi already told everything last week. 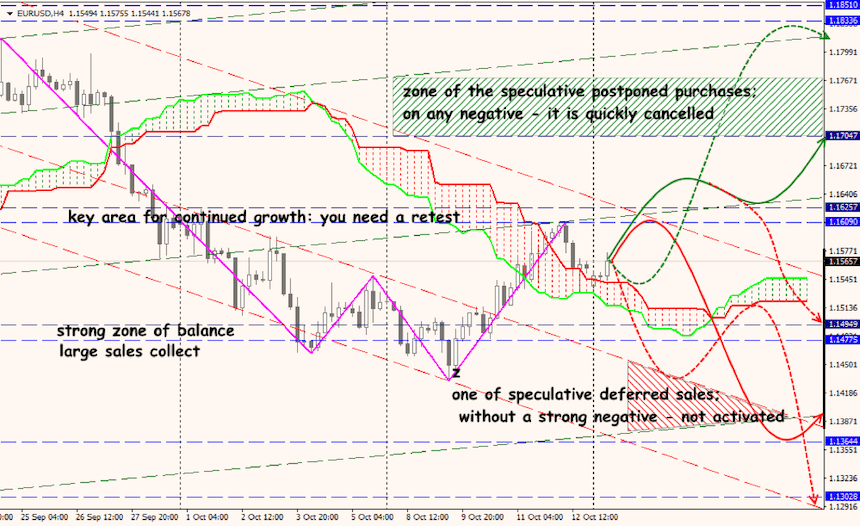 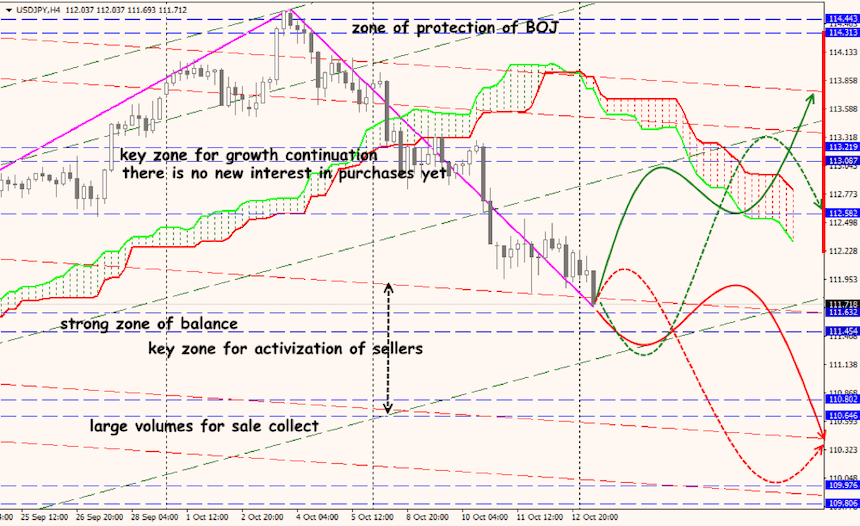