Remove the masks: the virus is not the main thing!

A new season of the trade war; Trump with a «beautiful» strong dollar; trillion to save Europe; last deadline for Brexit; Bundesbank fiscal report to the ECB. COVID-19 loses focus.

Risk of a second wave of the pandemic and the escalation of US-China trade conflict have returned investor interest in the dollar. As soon as the S&P500 decisively went down, the currencies lost strong support and remembered their problems.

Asia is gradually becoming a pre-election battlefield for the US; Mike Pompeo confirmed that the country will continue to hinder the export of US technology for Huawei. But Trump’s statement that a complete breakdown in relations with China will bring America $ 500 billion in savings, as well as a ban on the U.S. federal pension fund from investing in Chinese stocks, can only be regarded as a manifestation of spring vitamin deficiency. Beijing is no longer the one at the beginning of 2020 and is ready to aggressively defend its national interests. China has been using Powell’s effective tactics for a long time − it doesn’t respond to the anger of the twitt-Trump, but increasingly uses real threats instead of diplomacy. And the rejection of pork supplies from Australia is a great example of Chinese economic blackmail.

Moreover, China is considering revising the «first phase» trade agreement with the United States, and Boeing, Qualcomm, Cisco and Apple will pay for current US sanctions.

European Commission promises to show the program of Foundation of economic recovery troubled Eurozone countries after a pandemic. The announcement had been postponed for two weeks, but the major indices are likely still to be announced tomorrow at the summit of Finance Ministers of the Eurozone countries. In the expectations of investors pledged an amount of €1 trillion. but an equally important factor is the ratio between loans and grants (ideal is 50/50). The European Parliament on Friday adopted a resolution which indicated that the priority should be it grants, and the total size of the assistance programme should be at the level of €2 trillion. This amount must be secured by real money, while Germany, the Netherlands and Austria would be limited to lending without any cost.

It is unlikely that publication of the minutes of the previous meeting caused a strong reaction, but the text of protocol is still recommended to read. Powell's rhetoric last week was pretty grim, the stock market fell by appeals to Congress not to skimp about new fiscal incentives.

Trump said he expects the US economy to grow in the 3rd quarter amid a strong dollar, as «a strong dollar is great». It is obvious that the President simply puzzled by rising costs and wants to get cheap loans guaranteed by FED. Alas, negative rates will lead to capital outflows from the United States and the fall of the dollar: once, back with Draghi, ECB auctions on German securities with negative returns failed, although Germany's national debt is incomparable with the vertically growing US debt.

The FED continues to reduce purchases of US t-bills, the demand for the dollar falls. Despite the apparent failure of Powell from negative rates, such a precedent is quite possible in case of a victory trump in November.

The next round of negotiations on a trade agreement EU-Britain has failed. Barnier said that London refers to the negotiations serious and inadequately evaluates the consequences of the refusal of the Customs Union and the single market of the EU from 1 January 2021. In response, Johnson accused the EU of new illogical requirements that violate the sovereignty of Britain.

There was only one session of talks, after which the government of Johnson will decide on preparation for exit from the EU without an agreement. Analysts believe that the UK economy will survive the pandemic much worse than the EU as too dependent on the service sector. So while there is no progress in trade talks – speculators will sell the pound on any attempt of growth.

This week strong there are no statistics, but you should pay attention to data on the housing market and the U.S. construction industry, as well as the German ZEW index and inflation the consumer prices and the PMI of industry and services in the Eurozone. Report on the labor market in Britain will be published tomorrow, also pay attention to the inflation report, retail sales, PMI of industry and services.

Published fragments of this morning's interview, Powell confirmed the intention of the fed to keep current policy until the end of 2021. Tomorrow FED Chairman together with the Finance Ministry by Mucinum report to the Senate banking Committee on implementation of assistance programmes to the victims of the coronavirus. On Thursday, Powell will share his thoughts on the impact of the pandemic, and he can only wish either to be less gloomy about the prospects, either to provide new information in the subject of monetary incentives.

ECB on Wednesday will hold a standard meeting, the main theme of which is accountability of Bundesbank in response to the decision of the constitutional court of Germany. Рrotocol will be published on Friday, since the ECB has a day off on Thursday, but nothing scandalous in this document is expected. 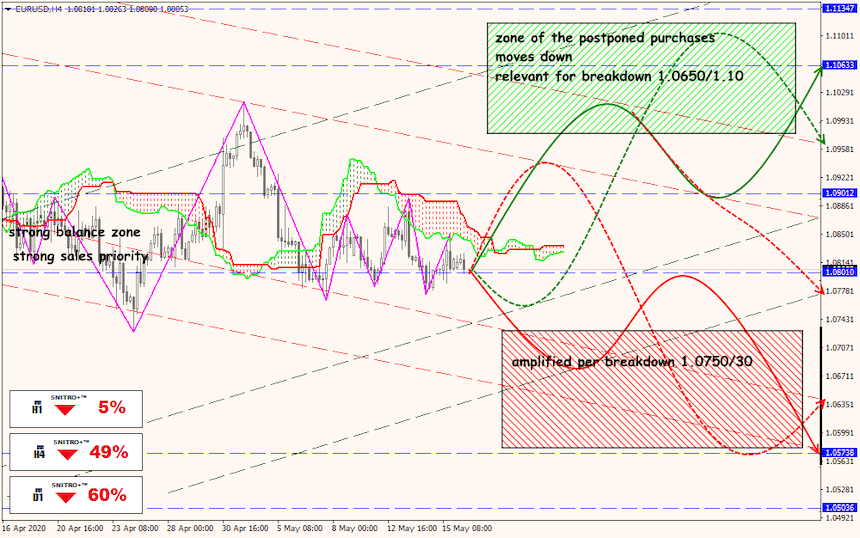 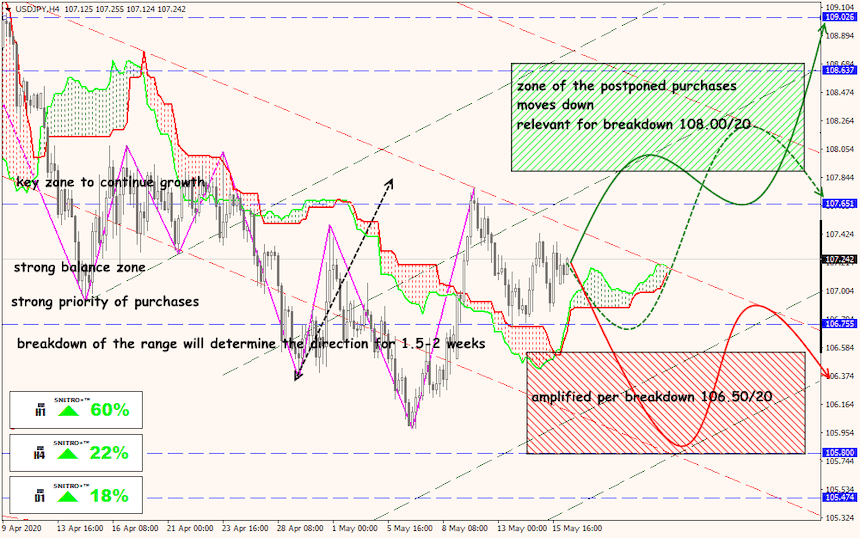 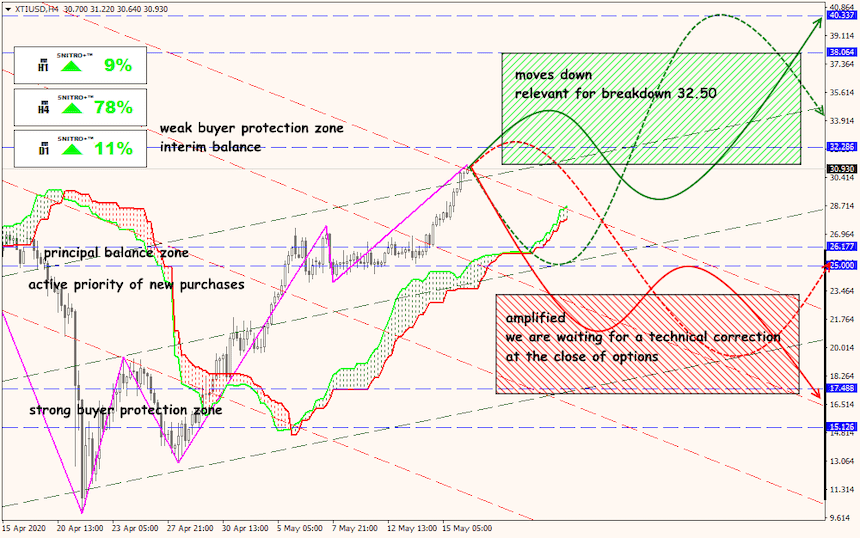