Big players disoriented by cheap liquidity and massive promises of ultra-soft monetary policies. The US and European Union economies are shrinking synchronously and it is impossible to predict which one will end up losing more. The low-optimistic reports on creation of the coronavirus vaccine, the expectation of another package of fiscal incentives by the Trump administration, are forcing investors to buy back stock market failures, so that the chances of positive for foreign exchange assets are minimal.

The minute of the last meeting appeared unexpectedly informative and hints at the adoption of a (poorly justified) optimistic decision on June 10, which will lead to a massive sale of the dollar.

Current policy can be considered adequate, but fear of an impending fall in GDP and rising unemployment, and panic over a new wave of pandemic, makes the FRS incredibly cautious in statements. The FRS's balance sheet continues to grow, but very slowly: last week the US Treasuries was bought for only $32 billion and mortgage bonds for $79 billion.

Now it is essential not to get a strong breakthrough in vaccine manufacture in the coming weeks amid continued oil growth, otherwise the FRS may come to mind and postpone a key decision on further policy to a later date. It is obviously unprofitable for speculators.

Trump's cautious idea of delaying the November election could be considered a painful reaction to COVID-19. The US has announced its withdrawal from the open skies treaty, bringing back fears of a new round of arms race. Although it could be a prologue to another new Trump «Great Deal». The confrontation between the United States and China is accelerating. Trump's minor nasty stuff like banning the sale of Huawei chips and sanctions against 33 Chinese companies after the submission of Hong Kong's national security bill are unpleasant, but unlikely to lead to serious consequences. The yuan rate is the best indicator of the level of the confrontation.

Beijing is ready for an adequate response against U.S. companies, and without purchases of U.S. products by China, Trump's chances of winning in November are minuscule. After the viral China plans to spend $1.4 trillion on a breakthrough in the technological sphere − from 5G and medicine to artificial intelligence, including for mass control of the population. The aim is to reduce the country's dependence on foreign technologies. This project is part of the fiscal package and economic recovery program (about $563 billion).

Merkel and Macron have proposed a plan to create a fund to support the economies of the EU countries most affected by the pandemic. The proposed volume of €500 billion is in line with the lower limit of market expectations. Funding for the fund is planned by borrowing on behalf of the EU, with all participants returning debt on a parity basis for a long time. The implementation of this plan will protect Europe from the political risks of disintegration and lead to long-term growth of the euro. But alas so far there is no consent in participants.

Austria, Denmark, Holland and Sweden are actively opposed to any collective debt and increase in the EU budget. In addition, eastern countries led by Poland object, which fear uncontrolled redistribution of their funds through the budget of Italy and Spain. We expect a strong reaction to the decision of the European Commission, although the way to launch funding will be long. Leaders expect to sign the fund's program at a summit in June, and then parliaments of EU member states need to ratify it. During this time, the COVID-19 may well adjust this idea in its favor.

The pound held on to another disaster solely by the fall of the dollar and rising risk appetite. There is still no positive for the British currency. Brexit talks are at a deadlock, London is writing angry letters to Barnier demanding a change in approach to negotiations, but the EU is adamant. In three rounds of negotiations, the parties have made absolutely no progress on key issues and differences, experts are confident that the parties will not find a compromise by 1 July or 31 December. The probability of leaving the EU without a deal is estimated at 90%.

Speculation on the topic of BOE, which is actively discussing negative rates and is ready to expand the QE program, along with negative business and retail sales data, will steadily pressure the pound. So, key area 1.1850/1.17 is the closest target.

The UK and US markets start the week with a day off and a few days without statistics being published. Important data will not appear until Thursday. Pay attention to the data:

Japan may declare the lifting of the emergency regime in Tokyo and neighboring prefectures. The New York Stock Exchange will open a shopping hall to a small number of traders. On Wednesday, the European Commission will publish a proposal for an anti-crisis fund. Powell will share his opinion on the economy on Friday; we are unlikely to hear new thoughts, but this is his last attempt to prepare markets for the FRS's new forecasts ahead of the June 10 FRS meeting. Lagarde will hold an online dialogue with young people on Wednesday, but changes in the ECB policies clearly is not expected, and everything else is not interesting to us. 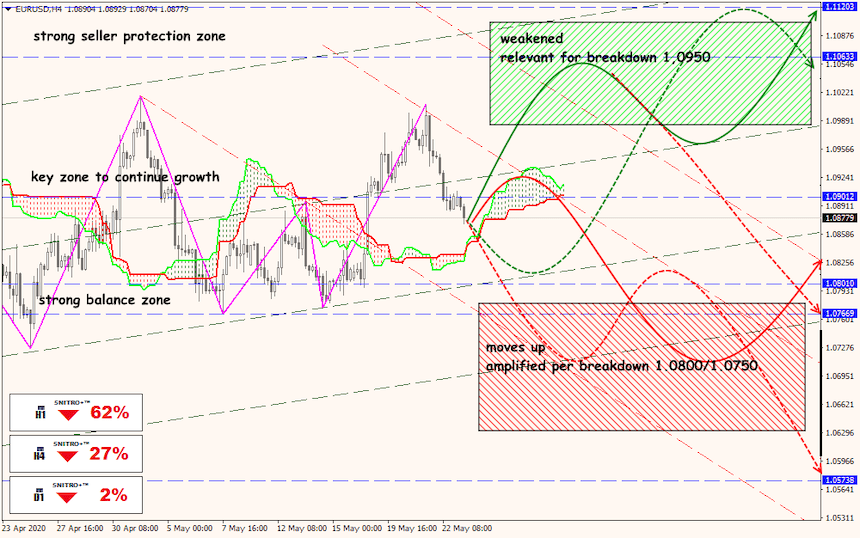 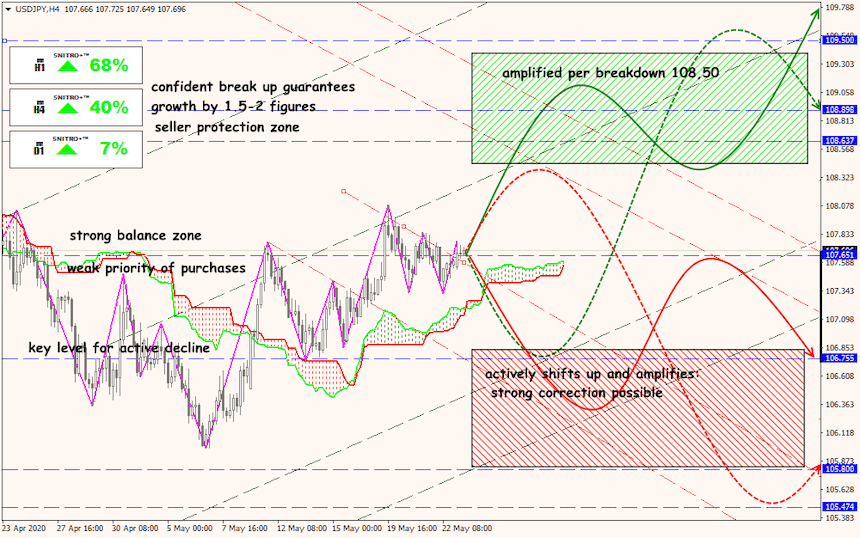 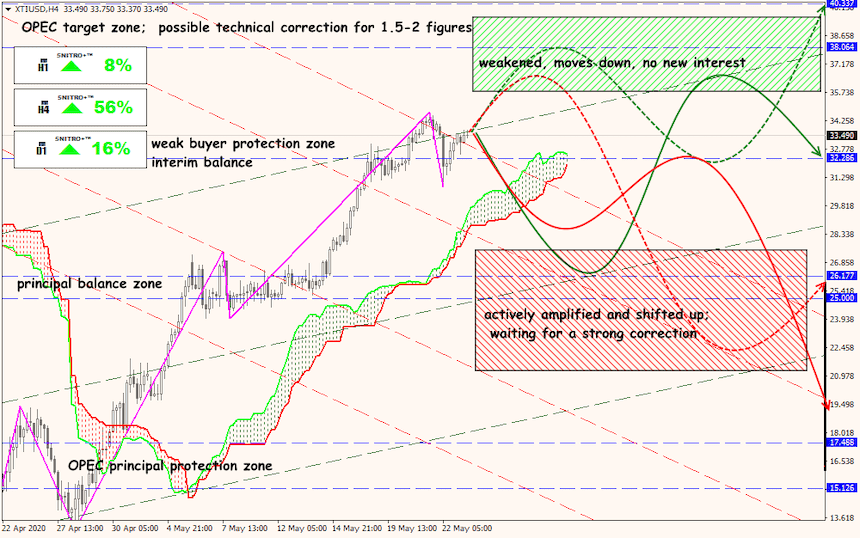