Brexit is nearing another checkpoint, stock and commodity assets rising in anticipation of a truce with China. Politicians' «stakes» are too high, so the market prefers not to notice the economy.
Powell said nothing new in two rounds of reports before congressional committees. On 20 November protocol will clearly be hawkish with the view of most FRS members that this rate situation is optimal to offset external risks to the US economy's prospects. In the text of the document we are unlikely to find a direct indication of the duration of the pause in the dynamics of rates, but the idea of revaluation of the situation not earlier than in 6-9 months has already been voiced. An agreement to keep monetary policy unchanged until the presidential election in November 2020is logical. The FRS may change its mind if the risks of a «hard» Brexit arise or on signs of lower consumer demand and/or a slowing labor market. The impact of the protocol on markets will be short-term, but any reasoning about the possibility of reducing the monthly volume of US GCO purchases in the future could lead to a rise in the dollar. The rise in the Tory rating (by social polls - about 45%) strengthens Johnson's chances of winning a majority of seats in Parliament, which almost guarantees the signing of the withdrawal agreement before the end of this year. The question is, will the Conservatives have enough parliamentary mandates to make any decisions alone? For example, 35% of parliamentary seats to implement Johnson's plans will be small, and unification with Farage's party does not mean complete consensus in the Brexit vote. Mutual political bidding is just beginning. The pound ignored all macroeconomic reports, chose to consolidate within the boundaries of the downward channel and responds only to pre-election speculation. But after 12December, investors will have to remember that the last five most important reports from the UK were absolutely failed. This week we pay attention to PMI of industry and services of Britain which have to be published on Friday and put this data in the general moneybox of negativity on the British currency. Almost all week, stock markets have tried to grow amid expectations of progress in trade negotiations, but the breakthrough has not taken place again. Asians keep smiling and don't back down. China insists on partially lifting the duties imposed earlier in proportion to the terms of the «first phase» agreement, while the Trump administration would like to limit only lifting tariffs on December 15. Last week, Chinese companies ordered only five shipments of industrial soybean from the United States: 10% of the promised volume. The US requires a clear indication (and fulfillment!) of obligations to buy agricultural products, while Beijing believes that all purchases should be on a market basis depending on current prices. As China expected, in the trade deal situation, Trump is gradually being drawn into the ceitnot. Both sides confirmed the positive Sunday phone calls, but the situation did not come close to a real solution. And some more news - briefly:

There are few statistics this week. Of interest are the Philadelphia Fed manufacturing index, PMI industry / services, and US construction sector reports. The eurozone will limit itself to the publication of a consumer confidence index, as well as PMI industry and services.

The minutes of the ECB’s October meeting will be published on Thursday, but the market is unlikely to react. It will be helpful to listen Lagarde on Friday (8.30CET) - insiders point to lack of plans for further mitigation of policy of the ECB. The probability that Lagarde will continue Draghi's policy is estimated by experts at 30-40%, but so far Lady Eurobank has not decided to declare that the opportunities for further easing have been exhausted. 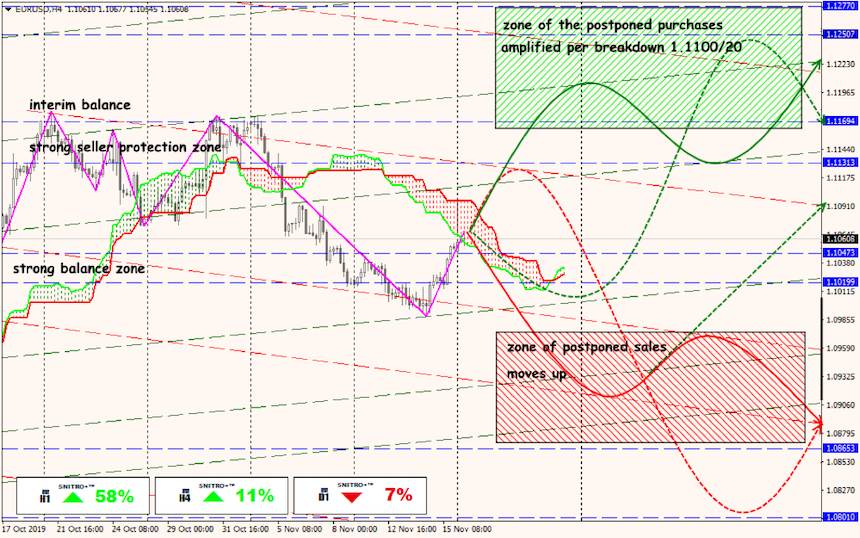 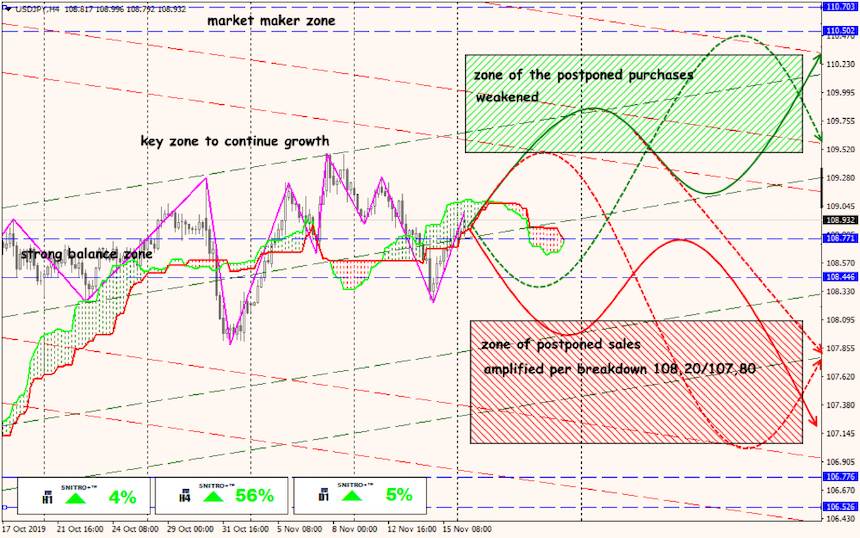 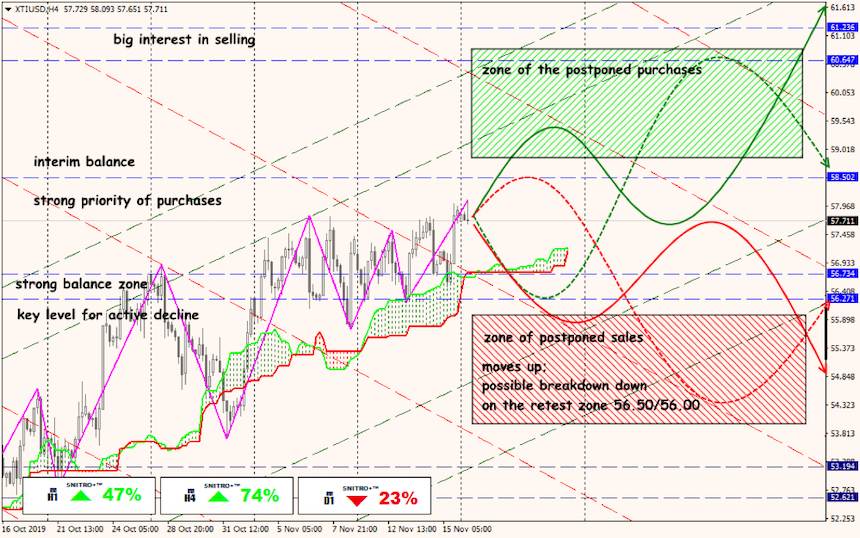