Panic is irrelevant or how to survive in the viral market

Federal Reserve will not tighten monetary policy until US returns to its highest employment and inflation rate of 2%. There is still no understanding of how strong and for what specific period inflation should exceed 2.0% for the Fed to begin discussing the feasibility of raising rates. Powell stated that the regulator does not have a «ready-made recipe book».

At the current stage, Fed is not ready to decide on the QE program, as there is not enough data for such a step. The general propensity to panic before the elections makes market participants pessimistic about the situation. The situation may change dramatically following the adoption of a fiscal stimulus package by Congress, or from real information on the coronavirus vaccine.

Major party ratings are under pressure due to a conflict over a new fiscal stimulus package, but Trump and Senate Republicans are declining at a much faster rate.

Trump was forced to publicly agree to a bipartisan congressional «moderate» fiscal stimulus bill aimed at addressing the $1.52 trillion pandemics. But the problem is not closed: the speaker of the lower house of Congress Pelosi still insists on funding in the amount of $2.2 trillion. The situation is aggravated by the need to pass a government funding law to avoid another shutdown from October 1. The government funding bill is due to be published today, and the final vote is due by September 30th.

The lower house of parliament has passed a bill on the internal market. Thanks to the active protests of his party, Johnson made concessions and agreed to the amendment, which allows violation of international obligations only with the consent of parliament. This legal adjustment guarantees full adoption of the bill by the lower house, although problems in the House of Lords are not ruled out.

The statements of Barnier and von der Leyen about the EU's readiness to continue negotiations are not credible − Johnson's deception is too obvious. Why was it necessary to sign an agreement with the European Union on the Northern Ireland border at all, if it initially did not suit London? According to the insider, the EU is ready to either repeal the law on the internal market or sue Britain. With the approval of the scandalous law, the probability of a hard Brexit is almost inevitable.

The main problem for Britain is not the current state of the economy, but the complete absence of positive prospects. EU believes that the agreement has not yet been violated, so it is quietly waiting for Johnson to finally drown the UK's reputation.

BOE said it continues to explore the possibility of lowering rates to negative values, although at the current stage the policy is appropriate. In general, the tone of the accompanying statement is regarded by the market as pessimistic.

In addition to the parliamentary vote, we pay attention to the PMI of industry and services, as well as Bailey's speeches.

The TikTok video hosting agreement, which Trump nevertheless signed on Saturday, is completely at odds with what the president initially wanted. Trump demanded that Beijing give the United States full control over the company, software, algorithms and data. As a result, the Chinese company ByteDance Ltd. remains the majority shareholder in the new US company, which will include new investments from Oracle and Walmart. However, the exact ownership structure of TikTok has yet to be revealed. TikTok's algorithm is still owned by ByteDance, so national security concerns remain, experts say. Government compensation has turned into vague tax promises of $5 billion, while ByteDance is seeking a $60 billion valuation for TikTok as part of the deal. TikTok shares are due to hit the US stock market next year. The situation can hardly be interpreted as a major victory for Beijing, but the failure of Trump's ideas is beyond doubt.

No Chinese economic reports are expected this week. The yuan is rising sharply against the dollar and analysts say the potential for this movement has not yet been exhausted. We are waiting for the publication of the US Treasury report.

Even if there is an official statement following today's informal meeting of EU trade ministers, the market is unlikely to react to it. An emergency EU summit is scheduled for September 24, dedicated to the strategy for overcoming the COVID crisis, tensions with Turkey, Russia and China. There might be interesting comments.

Poor Powell is to speak three times this week, but the theme of all his speeches before the committees of the US Congress is the program of assistance in connection with the pandemic. So Jay will try to avoid questions related to monetary policy.

Massive comments from FRS members are expected, of particular interest are explanations regarding the future of the QE program and specific threshold levels of inflation that the Fed is ready to tolerate without a rate hike.

Lagarde will speak today, but no signals for the market are expected. The next working meetings of the ECB may lead to the emergence of inside information in the media, but a real impact on the markets is unlikely. 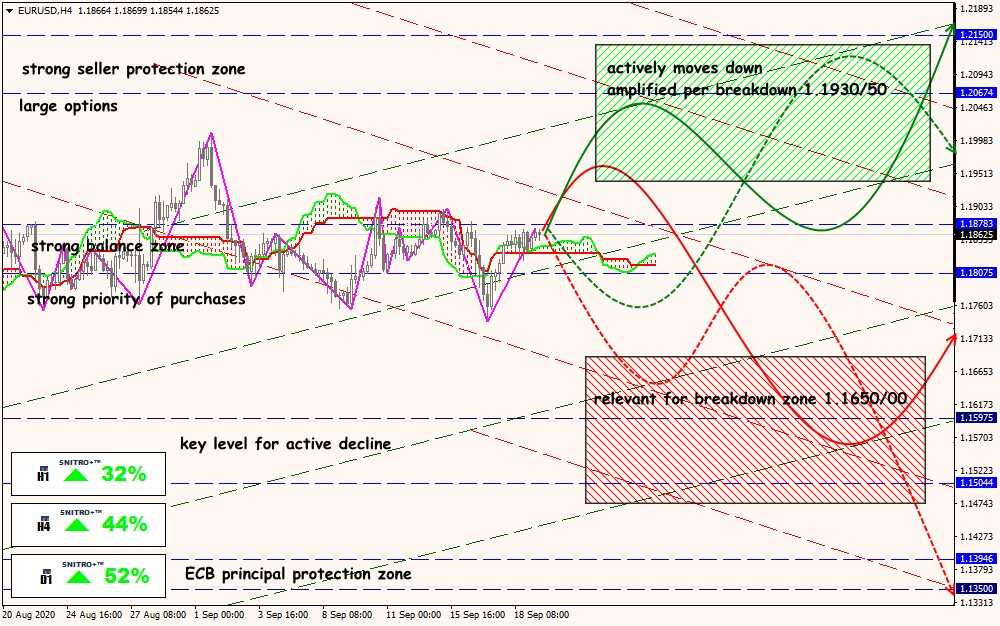 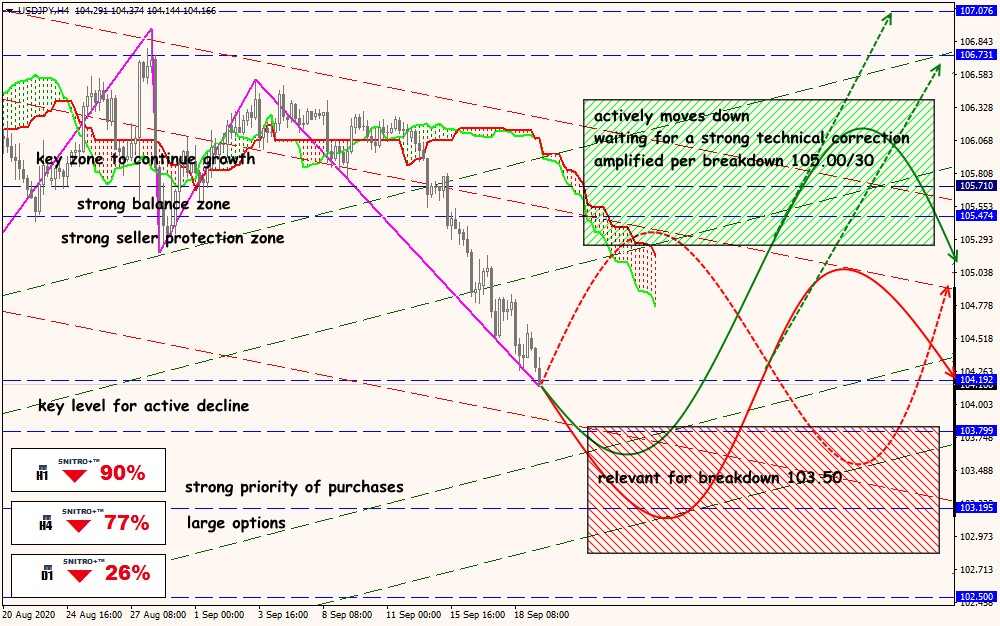 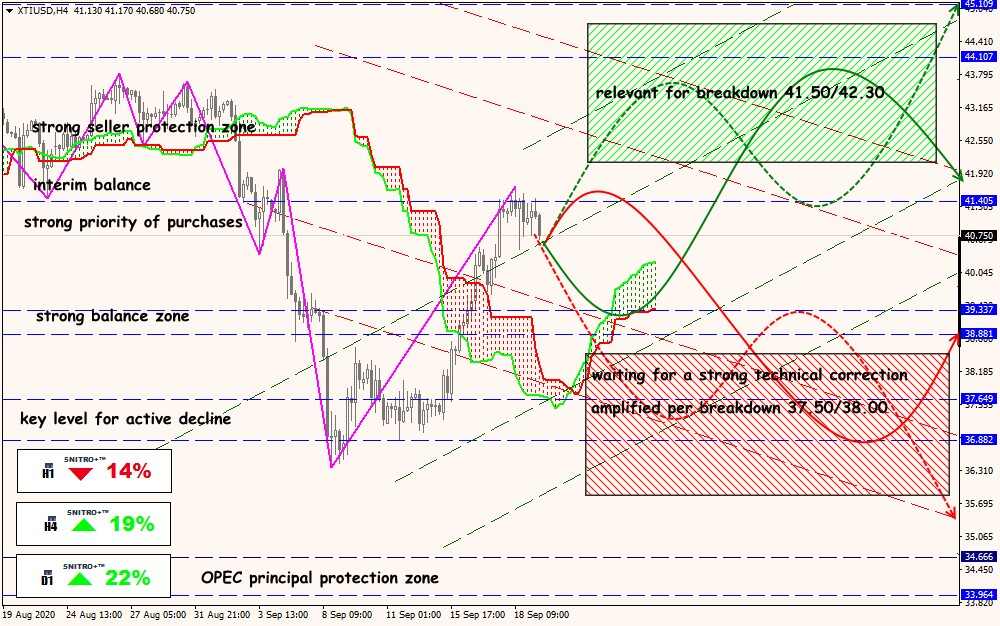