Not everyone will survive: the viral market in search of the bottom

Panic increases; governments and global businesses realized that there was no agreement with the epidemic and closed the world to quarantine. Central banks are aggressively easing monetary policy, but they are already late for this train.

Massive cuts in interest rates by regulators have not improved the impression of a global collapse. Central banks expected to deploy stock assets but were only able to slow the fall. The reaction of markets to policy easing was weak, short-term and uniform, stock platforms showed little growth, the dollar fell, but after a few hours panic returned. On Friday at the close, Dow Jones lost 4.5%, the S&P 500 − 4.3%, NASDAQ − 3.8%.

Companies are massively reporting a suspension of operations and halting dividend payments, central banks are seeking to fill markets with liquidity through lending, but only a direct purchase of shares can contain the cascade of defaults. But banks refuse such risk, auctions to sell treasury bonds, especially of the countries with low or negative yields, the show failed results.

The FRS has announced a package of incentives:

Powell decided to express the idea of a significant deterioration in the growth prospects of the economy in the first half of the year and acknowledged the risks of recession but does not allow (yet!) the probability of reducing rates to negative values. If Congress changes the FRS's mandate the latter will have access to about $4.5 trillion for the purchasing of corporate bonds.

The FRS's balance sheet has soared; if the rate of asset purchase continues at a similar rate, the QE program will end in 8-9 days and it will be necessary to adjust.

Another flash crash on the pound is triggered by a pause in EU-US trade negotiations due to quarantine, as well as an understanding (finally!) of the fact that Britain's services-focused economy is much more suffering from a Brexit+COVID-19 than the EU and US. London is trying to establish negotiations with the EU online, but this is not yet realistic, because the main participant in the process from the EU Michel Barnier is ill with coronavirus.

Johnson's intractability in refusing a bid to extend the Brexit transition period increases many times the chances of Britain leaving the EU without a trade deal, although it is already obvious that there will be no even preliminary arrangements before the deadline in July.

There is almost no reaction of British assets to the BOE rate reduction with a £200bln increase in the QE program. The BOE meeting on Thursday is of no interest, although Bailey's press conference (if any!) should listen.

In Britain, quarantine (not very strict) was still introduced, although Johnson sincerely believed that the people better mass overburden and develop immunity, and the Prime Minister is not embarrassed the fact that not everyone will survive. The government is discussing a plan to help companies, particularly those who temporarily lost their jobs due to the epidemic, Finance Minister Sunak is offering to offset up to 80% of wages. Sources of funding for such a plan have not yet been found.

We wait for Britain's industry and services PMI tomorrow, for the inflation report for February on Wednesday.

Europe is launching a €750 billion emergency asset purchase program PEPP in addition to the €120 billion EuroQE programs announced at the March 12 meeting. If necessary, it is possible to revise the ECB limits on the purchase of assets of one issuer. The duration of the program is until the end of the coronavirus pandemic, but at least until the end of 2020. Interestingly, Greece's treasury bonds are included in the purchasing program.

An emergency ECB meeting was convened due to a sharp increase in the yields of Eurozone Treasury bonds, particularly Italy. For the EU, the huge debt of southern countries and the reluctance of these governments to pay debts at a fair price remain a problem. Since the EU's northern neighbours do not want the ECB machine to run forever, there is either a severe debt crisis ahead of the EU or the Eurozone will have to start issuing Eurobonds. Merkel agreed to discuss the possibility of launching such papers, but there is no time to discuss the details.

Removing restrictions from Hubei should boost optimism in Asian markets. More than 60% of consumer companies registered in China do not have enough money to survive quarantine for another six months (as epidemiologists require), so the country will experience the slowest growth since the end of the Mao era.

The infrastructure project of the Chinese government, scheduled for open publication this week, implies a 5.0% GDP growth this year, and therefore deserves, if not confidence, then at least the attention of speculators.

But the information that Texas is ready to reduce oil production by 10% and the invitation of a state representative to the OPEC meeting allowed WTI to gain a foothold in the $ 25 zone. This will be the first joint reduction in US oil production and OPEC.

We look forward to intervention in the Trump situation at a teleconference of leaders of the G20 countries.

The White House, together with Congress, is preparing a third stimulus package of $ 1.5-2.0 trillion, which will be aimed at paying assistance to citizens, increasing benefits, unemployment insurance, as well as loans to companies (approximately $ 500-600 billion). There is currently no real compromise on this issue.

Today, Congress is discussing a law allowing the Fed to inject about $ 4 trillion into the financial system; The German government decides to launch a second package of fiscal incentives (€ 350 billion).

Please note that the only statistics to which world markets respond is the dynamics of coronavirus. However, this week we pay attention to:

Important speeches by Fed members are not planned, but comments on the possible purchase of corporate bonds are not ruled out. 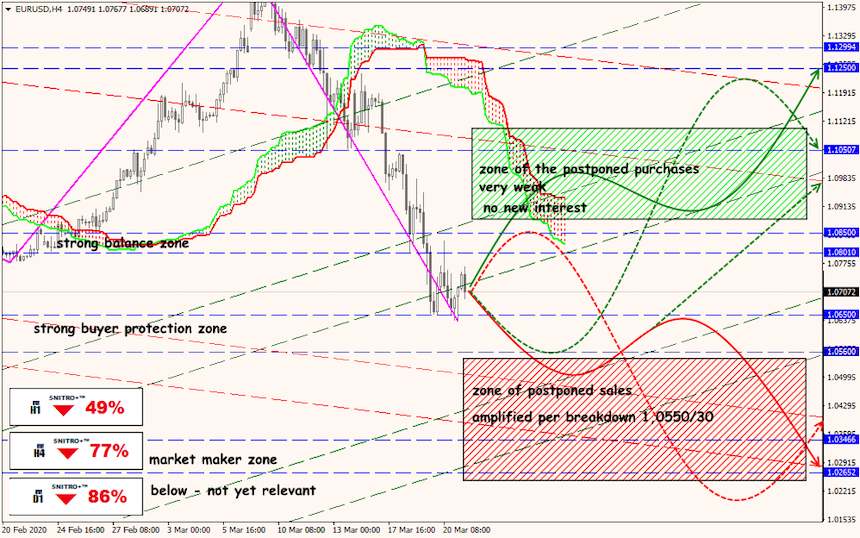 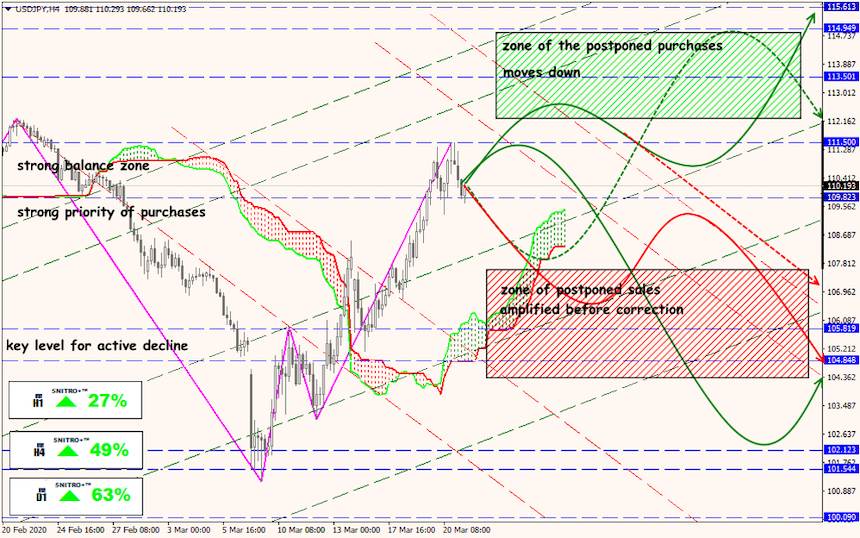 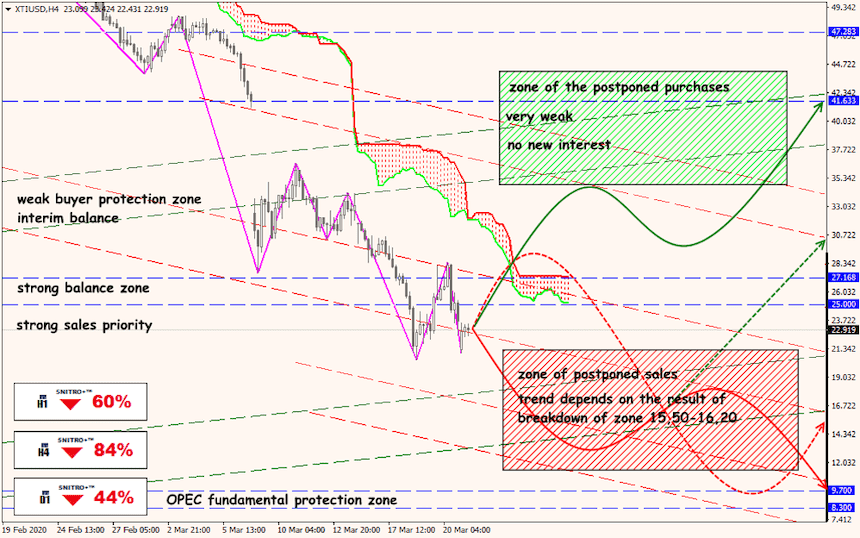