No bottom or shore is visible: the markets are absolutely risk-off

Another «black» Monday: the euro at $1.15, Brent at $31 and WTI at $28 at the opening of the week offset all other factors. Urals in European ports give almost nothing. Only the few who survive will be able to analyze the consequences.

Oil quotes at the minimum of February 2016. OPEC + not only did not reach agreement on an additional reduction in production, but also refused to extend the current quotas. Following the meeting, a document was signed on the continuation of cooperation under the Charter of Cooperation, but, since April 1, no one owes anything to anyone. This is equally bad for giants of the Exxon Mobil Corp. level, and for small drilling rigs in Texas, and for countries dependent on external resources − from Latin America to Asia.

Saudi Arabia has always taken a larger share of losses than Russia, but the split has become increasingly unfair with every step of the deal. The Russian Federation is not profitable to reduce production due to increased demand for «russian» grades after the imposition of sanctions on Iranian oil − Moscow hopes that the market will stabilize on its own, as low prices will remove large volumes of US shale oil from the market.

In response, the Kingdom begins an energy terror against Russian raw materials in Europe, announcing a massive reduction in its oil prices by $6-8 per barrel in all regions. Price reduction will affect volumes of at least 14 million b/d. Also, Saudi Arabia announced its intention to increase production to 12 million b/d.

Any optimism about the return of Russia to the negotiations is inappropriate. So we fix everything that remains in open transactions and get the popcorn.

Coronavirus killed basic market principle not to trade against the fed. Investors do not believe that the fed will save the S&P500 index from falling further, but because no one wants to buy. In the stock market – only sales. The interest of speculators has shifted to the rapid slowdown of the US economy so that the reaction is virtually flawless on the NFP report was weak. The fed said that the control over the economy at the current stage does not depend on the quality of the report on the labour market.

During the emergency meeting made a rare unanimous decision to lower rates by 0.50%. Powell logically stated that to date, the rates correspond to the situation, but the duration of the epidemic and the extent of its influence on the U.S. economy the not be. The fed's decision is not part of the coordinated actions of the Central Bank of G7 countries, but Jay expects that partners will hear the signal and take appropriate action.

Big business was shocked because such actions (according to history) denote the expectation of a recession with the possibility of a financial crisis. In the next month of economic reports, particularly in March and April PMI and ISM in the USA. should defiantly come out weak.

Now, in order not to disappoint the markets, the fed will have to cut rates irrespective of the growth of the U.S. economy. Of course, banks, pension and insurance funds will bear the additional burden from falling yield US t-bills, but to fulfill the dream of Trump on cheap loans.

Speaking of virus: Vice-President Pence acknowledged that the lack of tests can affect the count of the number of cases in the United States. It is expected that by the end of the week the number of tests is not less than 4 million. Investors expect that mass testing will lead to an increase in the number of cases exponentially, which is an additional negative factor for the stock assets.

Perhaps the need to respond to the epidemic to control the euro will nevertheless force Lagarde to postpone political squabbles with the central banks of the southern and northern countries of the Eurozone and engage in the economy.

Draghi could easily cope with the problem: lower deposit rates by 0.1-0.20%, increase the size of the euroQE program by 2–3 times and cancel the limits on the purchase of European bonds. But the lady of the ECB is unlikely to consult with a wiser predecessor, and the northern countries of the European Union do not intend to apply Draghi's recipes. So far, none of the ECB's speakers has spoken in favour of lowering the rate, although market expectations rely on two rounds of decline before the end of the year. It is also expected that the ECB will expand the provision of cheap loans, possibly in the form of launching simple, non-targeted, LTRO.

In the morning, the main pair took their stops in the critical zone 1.15 and if the rate is not adapted to the new realities on March 12 (or cash is not declared a source of the virus) − the euro will continue to grow vertically by at least 1.5-2 figures.

Yesterday, parties in the ruling coalition led by Merkel discussed the need to launch fiscal incentives in connection with the coronavirus epidemic. During the negotiations, the volume of possible financial stimulus fell from €50 billion up to €15 billion, there are no official details and estimates yet. Any positive decision before March 12 will reduce the likelihood of aggressive actions by the ECB.

The head of the BOE Bailey announced his readiness to provide loans to companies affected by the epidemic but did not express a desire to join the emergency rate cut. A similar statement was supported by the pound along with optimistic rhetoric from the technical groups of the EU and Britain after the first round of trade deal negotiations. Representatives of the parties, in particular Barnier, announced serious disagreements, which so far could not be overcome, but actively demonstrated positive.

The UK National Audit Office reports that the total cost of preparing for Brexit has already exceeded € 4 billion − staff costs, external consultations and advertising. And this is in addition to those € 70 billion that are planning to leave the British treasury annually.

This week, the dynamics of British assets will be determined by the size of fiscal incentives, which are expected in the budget submitted on March 11. We draw attention to statistics with data on GDP on Wednesday.

Both the ECB and the Fed began a «period of silence», but on March 12, the New York Federal Reserve will publish a schedule for the purchase of US bonds for the coming month, an increase in the amount of injected dollar liquidity will have an additional downward effect on the dollar trend.

Key US statistics will be consumer price inflation and weekly unemployment claims in anticipation of a slowdown in the labour market. There are no important reports on the Eurozone, but it is worth paying attention to the dynamics of industrial production. China's trade balance was a failure, exports fell sharply, but imports fell below expectations. We are waiting for the inflation report on Tuesday morning, but we focus on the information on quarantine lifting in Hubei province after March 10th. 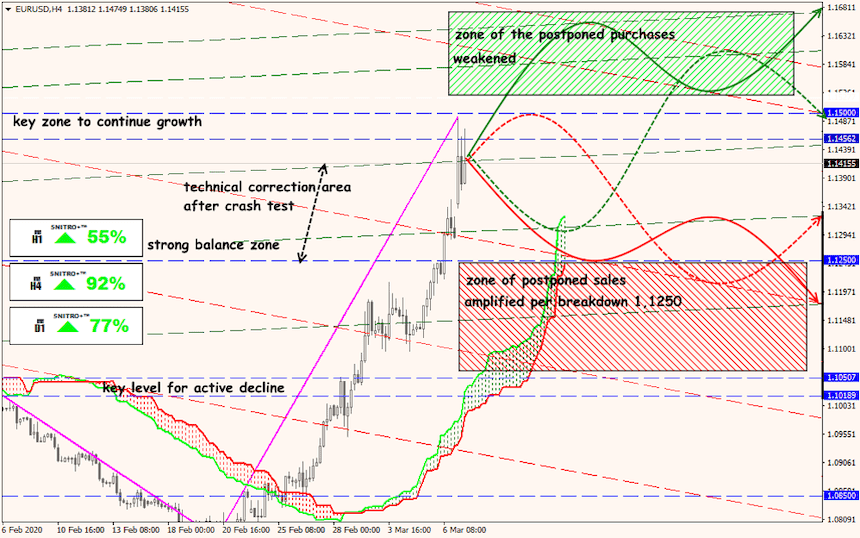 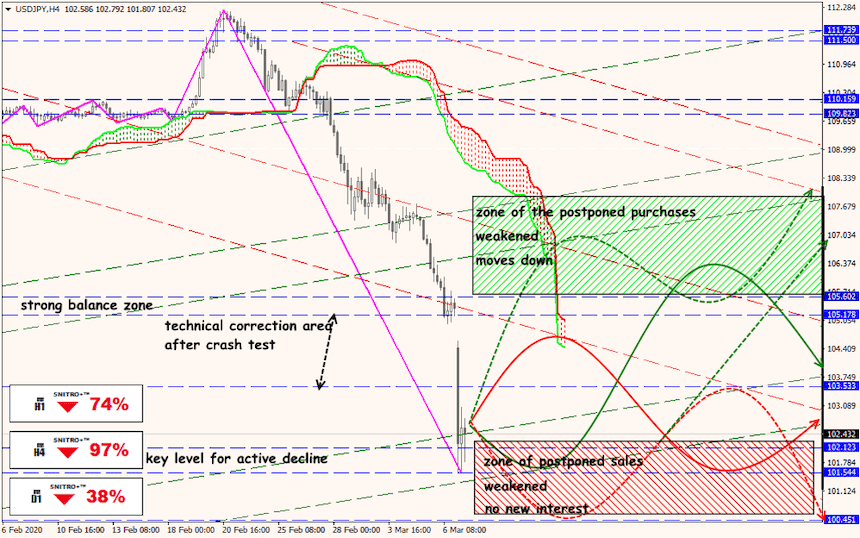 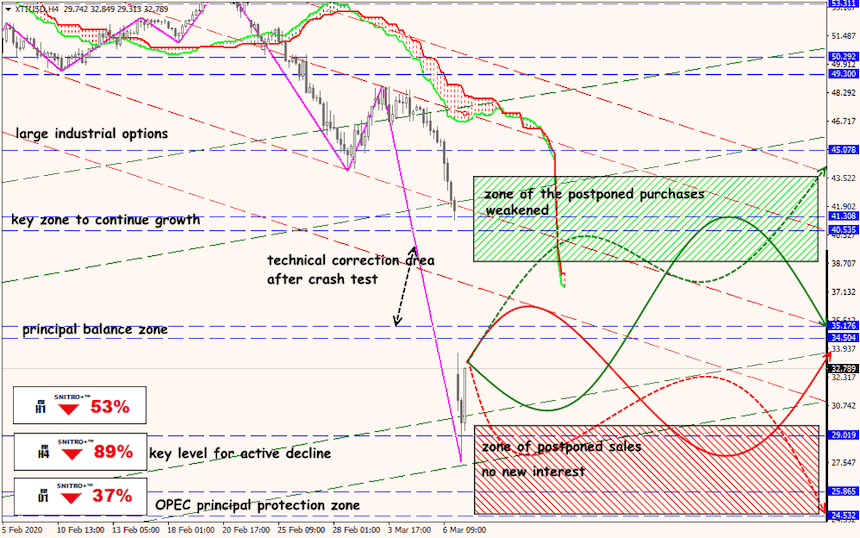