Macron vs Johnson; another postponement of the EU withdrawal date; the long-awaited FRS, the orphaned ECB, and the surprise-prone BOJ: this week is overwhelmed by fundamental events.

Britain’s Parliament approved the current version of the agreement, but refused to approve the government’s proposed accelerated timetable for a final decision, so an extension of Article 50 is inevitable.

Johnson believes that debate on the substance of the agreement will be resumed before 6 November only if Britain's Parliament approves the appointment of early elections for 12 December. In addition, the appointment of early elections will allow the current government to avoid presenting the budget on 6 November, which is important given the plight of Britain's economy. Today, Parliament votes on the topic of elections, but Johnson does not have the two-thirds vote necessary to do so.

Labour believes the option of Britain leaving the EU without an agreement should be ruled out first, but the EU is slow with the decision to extend the Brexit date without wanting to influence the result of Parliament’s vote. We remind you that from Thursday the incumbent speaker of the Lower House of Parliament of Britain Bercow will resign, the new speaker will be loyal to Johnson and may deny the opposition the adoption of amendments that are unacceptable to Johnson.

Macron blocked the EU’s decision to delay Brexit for three months to force the House of Commons to back the current version of the deal, but essentially, he simply expressed a common opinion. Germany and France are demanding that the UK clearly explain why it needs another Brexit postponement. The leading players in the process are tired of constantly endorsing delays, whereas London cannot figure out its political crisis. As a result, the entire Brexit process is again at a dead-lock, especially as the British Parliament will block Johnson’s re-election proposals after 1 November as well. Sooner or later, a vote of no confidence will be put on the agenda.

As of now there is no positive for the pound, growth is possible tomorrow if the EU decides to extend the Brexit date. Pay attention to the publication of PMI industry on Friday.

New economic forecasts from FRS are not expected. The Federal Reserve System has nowhere to back down: markets expecting a rate cut with a 90% chance. Attempts to ignore the situation could end badly for the FRS and Powell personally. It will be necessary to correct the error at the December meeting and a decrease by 0.25% will be clearly insufficient.

Except Powell's press conference, we pay attention to statistics of vote: if there are more than two members of FRS who voted against decrease in a rate  the dollar will receive a boost to growth if less than two (that is Rozengren and George will support the head of the Federal Reserve)  dollar will have to fall.

The volume of monthly purchases of US treasuries starting from 15 November will also be determined. Markets expect the FRS to continue spending $60 billion buying short-term US treasuries further three months (at a minimum), a deviation from that figure would have an impact on risk appetite.

Monetary priorities are maintained, speculators were not going to react to Draghi’s last press conference, but Mario traditionally managed to please himself and shake markets. Especially since ECB analysts did revise the assessment for the economy and inflation for the worse.

Draghi denied the split within the ECB, and the differences that arose when the September package of action was adopted were described as a familiar form of discussion. Special attention is paid to the program of fiscal incentives in the EU countries and the creation of a «guarantee» budget for Europe to counter world risks. Mario gave Lagarde no advice, as he believes such an experienced financial lady knows what to do herself.

Lagarde’s first speech will take place in December and will have a strong impact on markets.

The report may support the FRS’s decision and strengthen the response to Powell’s rhetoric, but the negative on unemployment levels for September will cause the dollar to fall. Alas, there are practically no grounds for strong data. The main focus should be on the number of new jobs which decrease puts on guard this year, although remain above the required level.

This time markets will not receive all indirect data before the NFP is published, ISM reports of industry and services will be released later, so in many ways, the data will be a surprise.

China expects GDP growth to slow below 6.0%, pressing the economies of exporting countries. PBOC last week poured a record amount of liquidity into the banking system (¥560 billion or $79 billion) in an attempt by open market operations to offset the deficit after the tax season. The «first phase» trade agreement between the United States and China at the 16-17 November summit could temporarily reduce capital outflows from the country. US Vice President Mike Pence (unsuccessfully!) condemned China’s human rights situation, noting Beijing’s actions against Hong Kong protesters, but hastened to say that trade negotiations would not be affected by this fact.

Traders are in no hurry to sell the royal currency: ratification of the Brexit agreement will be an excellent positive for both the pound and the euro. The main statistics of week (except ADP and NFP): regarding the USA  trade balance, GDP for the 3rd quarter and ISM of the industry; regarding the Eurozone  GDP, consumer price inflation and unemployment rate; we pay attention to PMI of China, as well as BOJ and BOC meetings. On Friday, most Eurozone markets are closed, so the main reaction to the NFP is expected on Monday.

Draghi will give a farewell speech today at a reception in his honor, but it no longer affects the market. Powell’s hawkish press conference rhetoric could lead to spikes on the dollar’s rise. The speeches of dissenting FRS members will intensify on Thursday morning. In any case, the development of Brexit is much more important than US economic data and FRS rhetoric for trade decisions. 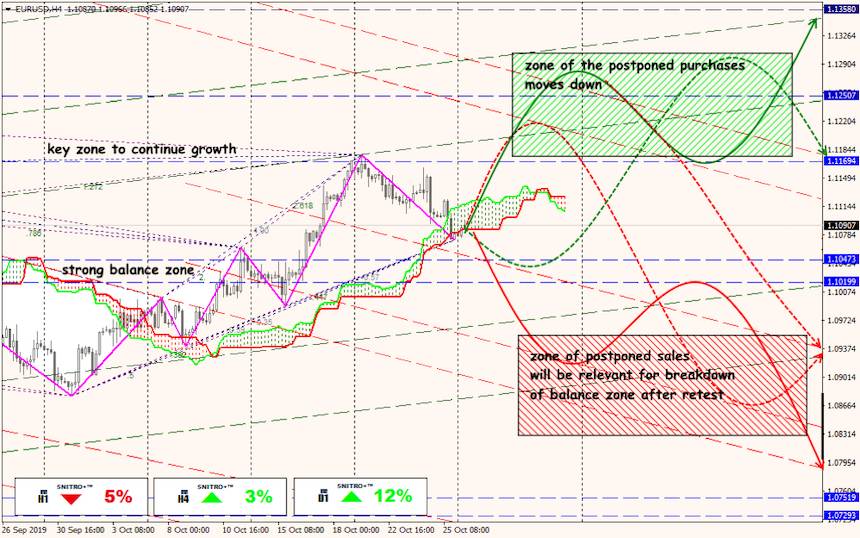 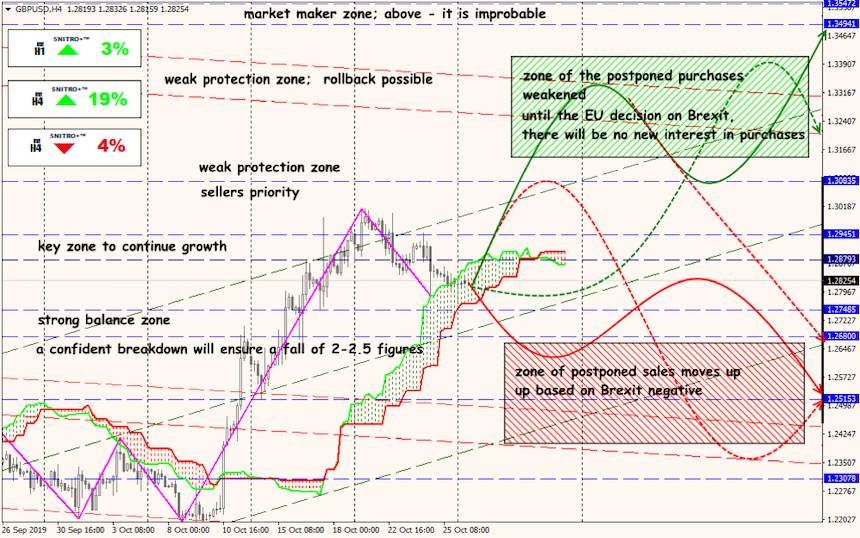 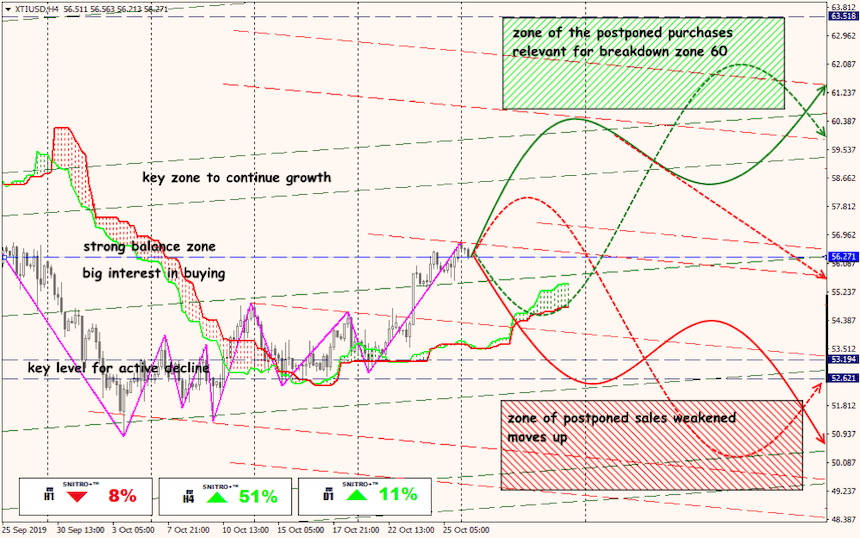