The OPEC+ cartel made a historic deal; China returns after illness; Europe is trying to control its debts. The past week can be assessed as positive, although there is no reason for active joy.

The compromise between OPEC, Saudi Arabia, Russia, US and a crowd of minor players looks strange, but the only salvation. The communiqué of the G20 energy ministers does not contain strict quotas; the agreement will be valid until the end of 2022 but is subject to revision in December 2021.

Only the Russian Federation looks like a serious victim of the transaction. The OPEC+ alliance will reduce production by 9.7 mln bpd, Iraq − a little more than 1 mln bpd, the contribution of the United States, Brazil and Canada will be another 3.7 mln bpd − as production in these countries naturally decreases. Mexico managed to win a tough dispute with the Saudis − it will reduce oil production by just 0.1 mln bpd. The resistance of Mexico was broken by Trump, who promised to add another 250K «mexican» barrels to the plan for reducing US production.

Is it enough to «turn off» these volumes to stabilize the market? We will study the situation no sooner than 2-3 months after the removal of quarantine in key countries. In the meantime, demand for oil storage facilities has reached a critical level. In the Middle East’s key hub, the Fujairah (UAE) terminal, requests for storage of crude oil and petroleum products are denied. From Singapore to Cushing, tank capacities have been fully exhausted and there is no real solution to this problem yet.

The expansion of Arab oil in the European market does not stop. The sovereign fund of Saudi Arabia acquired shares of European oil companies for $1 billion, as part of the package − shares of Total, Shell, Eni and Equinor ASA. The next purchase is scheduled for July.

The markets ignored the publication of the Fed protocol. The document is no longer relevant − than the usual list of troubles, after which Fed members urgently decided to lower rates to zero and launch a $750 billion QE program. The Fed policy has fully adapted to Trump's policy, huge monetary and fiscal incentives continue to drag the dollar to the bottom. Powell’s statement confirms that the Fed agrees with the unfavourable scenario, according to which the US economy has already entered a recession and this year’s recovery will not even begin. Fed balance continues to grow.

Currently, this territory is the leader in the number of cases of coronavirus, the number of deaths is growing; they say that Mexico itself began to finish building a wall on the border with US. The country lives in a natural disaster, but stock indexes are growing along with the number of infected. The Fed drowned financial markets in empty dollars and ... regained its authority. If not for the enormous flows of cheap liquidity, the S&P500 would hardly have shown such a strong rally. And recall: despite the lack of a vaccine for the virus, Trump wants everyone to return to work as soon as possible.

EuroGroup has agreed on emergency measures to regulate the debt crisis, but long-term prospects remain vague. A breakthrough in negotiations became possible after the Dutch government abandoned its requirements for stringent credit conditions. The amount of emergency assistance that will help the EU survive the shock of the coronavirus pandemic is currently estimated at €500 billion.

Finance ministers also agreed to establish a quarantine recovery fund, although structure and control are not yet discussed. The decision to launch the fund and the sources of its financing will be made by the leaders of the Eurozone, while the positions of the southern and northern countries radically diverge.

At the current stage, all parties were satisfied with the result, although the fight for the issue of Eurobonds continues. The minutes of the ECB meeting pointed to the next problems in the subject of limits on the redemption of assets of one issuer. Unlike Draghi, Lagarde does not know how to hold defence for a long time, so the conflict will only intensify; this will be a stable negative for the euro.

Today is the day off at the main sites.

Online-Macron in its appeal to the nation should extend the quarantine. The World Bank and IMF virtual session, like the Fed's Beige Book, can add gloomy colours to the general background. We look forward to comments and the IMF report on financial stability and economic development prospects. Lagarde will take part in videoconferences of the Ministry of Finance and the heads of the central banks of the G7 and G20 countries, but public statements should not be expected.

Fed member appearances are not planned, but Powell can «please» at any time. On Thursday evening, the Fed will announce a new T-bills purchasing schedule, which could have a major impact on markets if daily purchases are again reduced.

Important statistics will begin to arrive on Wednesday − data on retail sales, industrial production and construction in the United States. In the Eurozone, it is worth paying attention to consumer price inflation in March.

Prime Minister Johnson has returned to work, but the British government continues to resist the idea of prolonging the Brexit transition, so there is still no positive for the pound. Moody’s Investors Service promises to publish the latest UK rating.

So far, only indirect data on economic recovery are coming from Beijing, which certainly should not be trusted. China will delight us with its trade balance tomorrow and GDP data on Friday; both releases will affect your overall risk appetite. OPEC and IEA publishes a review of the oil market − it makes sense to study and compare forecasts for demand and production volume. 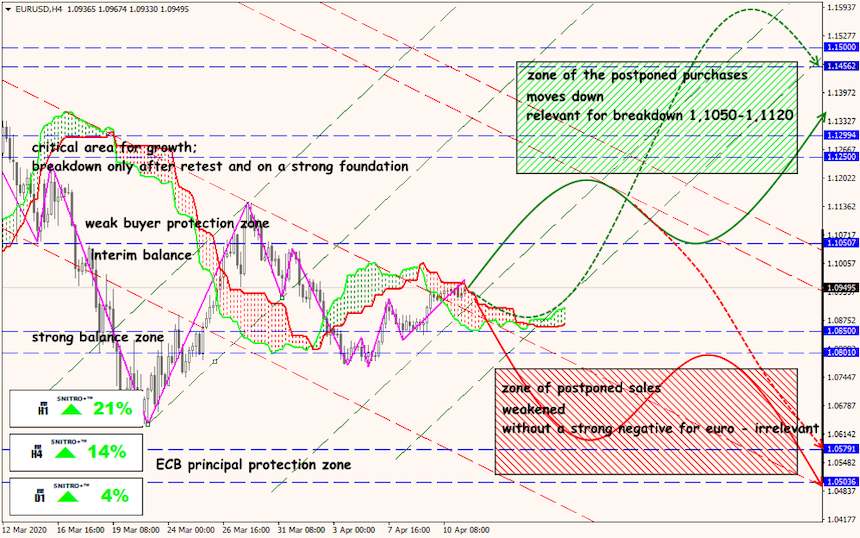 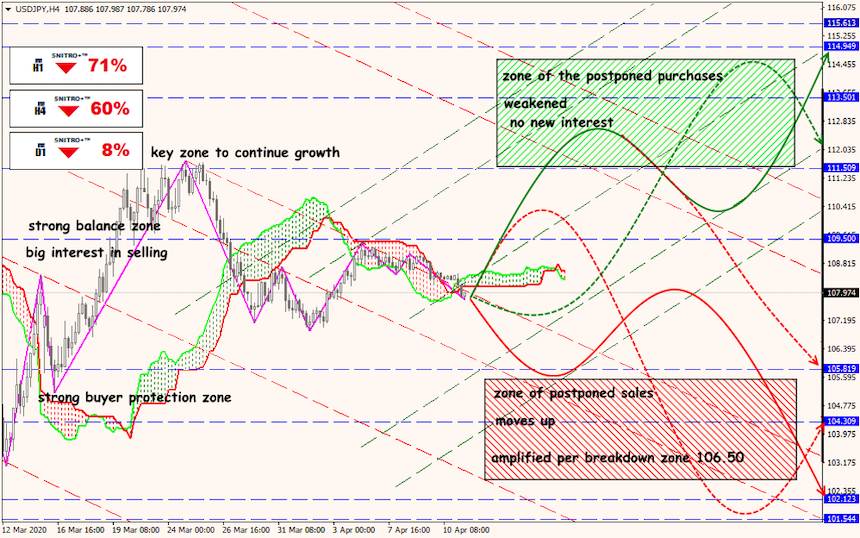 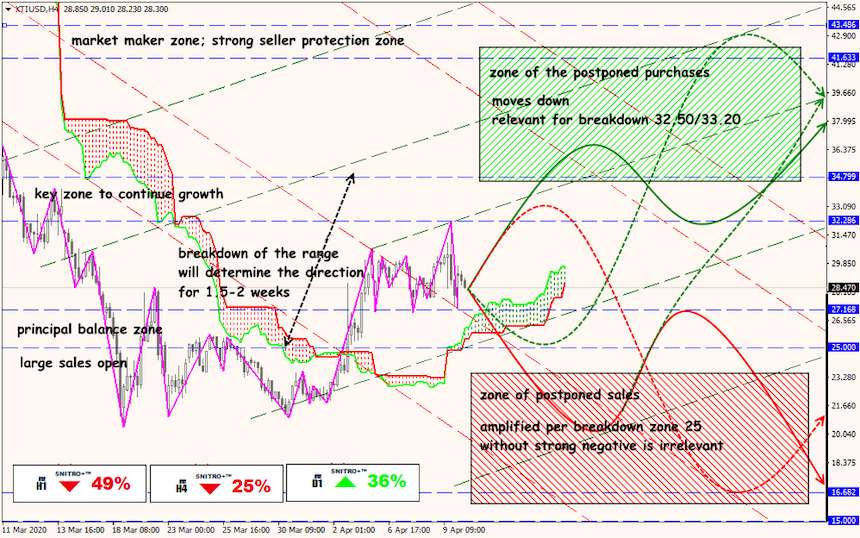