Messiah Syndrome as a market argument: dangerous, but so far effective

September remains the key point: meetings of the ECB and the Fed, closing the fiscal year in the United States. Trump is saving the world, Italy is waiting for a new premiere, and Brexit is looking for allies.

Donald Trump declared himself the «chosen» Messiah in the struggle for a world economic order convenient for the USA. He needs a weak dollar, but alas, Powell's criticism is the weakest tactic. The Fed protocol was destroyed by one decision of the president, but if Donald (suddenly!) Changes his mind, then it will be possible to return to his goals on July 31. The Fed is ready for further rate cuts, which requires signs of a slowdown in economic activity, especially in investment and production, and low inflation expectations.

Powell’s speech at Jackson Hole did not contain harsh characteristics of the current situation, but it is obvious that each word of the text was carefully weighed. Jay did not want to infuriate Trump once again, but the Fed’s rhetoric confirms the rate cut at the September 18 meeting due to external factors.

Markets rated the Fed head's speech moderately positive, the dollar fell to a minimum, but Trump opened a new discussion: who is America’s most dangerous enemy − Jay Powell or Xi Jinping? With such a curator of the discussion, the answer is known in advance. The dollar fell sharply on a clear threat of devaluation, an insider on currency tax and adjustments to the rules for replacing the Fed’s senior staff was confirmed. In any case, the Fed will lower the rate at the September meeting by 0.25%, and a decrease in the rate by 0.50% depends on the situation on the fronts of the trade wars.

Trade war has entered the worst phase. China is preparing sanctions against companies involved in the arms sales to Taiwan, and intend to wait by the river until it swims on the main body of the enemy. Beijing's decision to raise tariffs on US products for $75 billion September 1 and December 15 in response, infuriated trump − he regrets that «believe Asians» and not raise duties before.

It stated that the United States from September 1, increased duties on the volume of $300 billion 15% from 1 October, the country will increase taxes on another group of products from China $250 billion 30% and not 25% as previously planned. Trump also ordered American companies to leave China based on the law on emergency economic authority in 1977.

In response to criticism of its trade wars with Johnson and Tusk, Trump said about the futility of the summits of the G7 compared to the bilateral meetings, what was perceived neutrally. Everyone knows that the trump of aggression before the elections, poor control of emotions. Previously, he promised tax cuts before the election, but the Democrats now will not support him, had to postpone the idea until 2021. Trump does not see and does not understand the reaction of the stock market and it is difficult to make the right decision. If China does not concede – the US economy will collapse and elections will be lost. If trump will be inferior to China – it will give occasion for criticism to the Republicans. Financial meltdown threatens to provoke a full-fledged global crisis before the end of the year. The current week will be decisive for the September trends, the main will be China's response to the next increase of duties of States and the fate of the us-China negotiations.

Neither the minutes of the meetings of the Fed and the ECB nor the statistics of European business activity clarified the fate of the euro, although the impact of the Italian crisis on it is minimal. Germany is of most concern, the danger of a technical recession, according to the Bundesbank, is extremely high.

Today, the Eurozone countries can attract resources not only free but even for money. Germany has already begun to place a 30-year premium debt (bonds with negative rates). By increasing government spending and the scale of bond issues that the ECB will then have to redeem, Europe can pull out its economy, but the risks of a collapse of the currency bloc increase many times over.

In November, the United States will decide on tariffs for European cars. The media already got information, that the EU has developed an economic program providing for the unilateral introduction of customs duties on American goods and promoting the development of European technology companies. That is, the «second front» of the trade war has already been prepared. Given the aggressive development of the situation, the ECB will have no choice but to weaken the monetary policy in September, and the stimulus program may be more «generous» than expected.

The situation around the British currency remains toxic. Blackmailing Europe by refusing to pay compensation of £39 billion in the case of a «hard» Brexit is an old and ineffective idea. None of the parties wants to take responsibility. Johnson's meeting with Macron and Merkel added optimism to the pound, but for how long? Lady Chancellor said that she did not rule out an alternative decision on British guarantees regarding the border with Ireland, although, most likely, this was only political politeness. If a compromise was not found in 3 years, then 30 days will not solve the problem. Insider reports that Merkel warned Johnson about the final deadline at the EU leaders summit on October 17-18. The official position of the EU remains unchanged.

Let's see what the opposition in parliament can do to prevent Britain from leaving the EU without a trade agreement; Johnson's government vote is also expected. If in the end, Labor leader Corbin will head the government, then the purchase of assets with the participation of the British currency will not be relevant for a long time. There are no strong statistics on the pound this week.

Conte resigned, President Mattarella issued a 5-star party mandate to form a new coalition with a deadline until Tuesday. If a new coalition does not appear, we are waiting for the date of early elections. The parties to the conflict have already begun consultations on the candidacy of the technical prime minister, whose identity will satisfy both parties. Democrats offer Robert Fico, the speaker of the lower house of parliament, but DiMaio wants to keep his lawyer Conte, who has repeatedly proved his allegiance.

This week we pay attention:

We recommend that you monitor the renminbi − a sharp devaluation will increase panic in world markets. Official speeches by Fed members are not planned. ECB Vice President Gindos will speak on Tuesday, an insider about the upcoming stimulus package is not ruled out. We would like to remind those who love trading on commodity markets: for the correction of oil upwards, a US-China truce is needed (which is unlikely!), but the hurricane season may slow down the fall in prices for the main benchmarks. 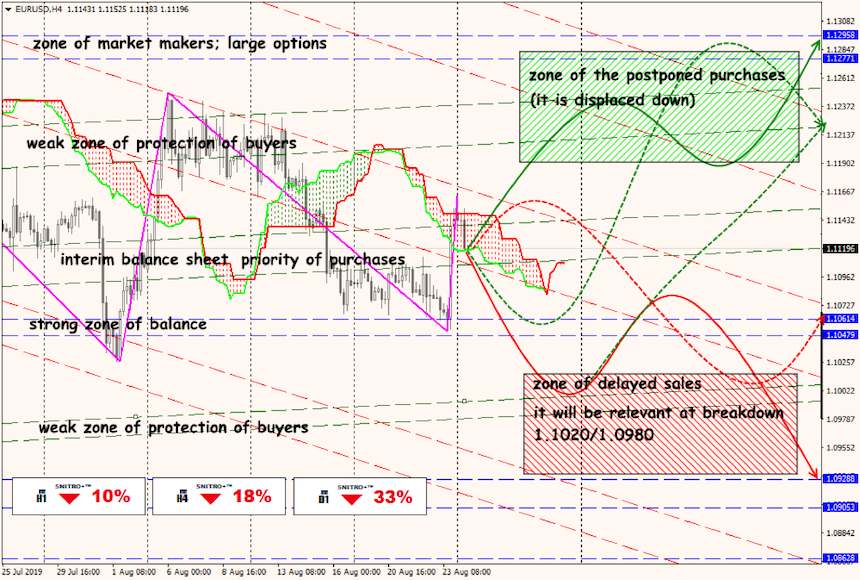 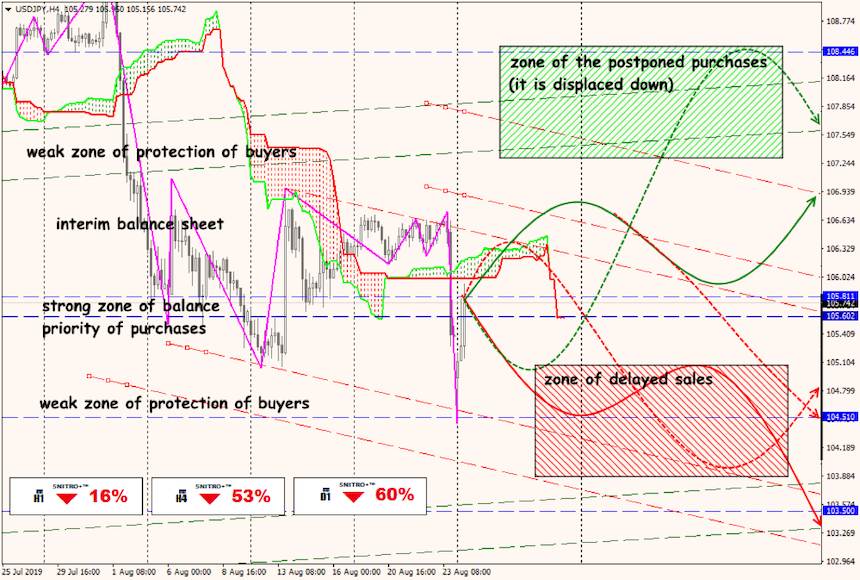 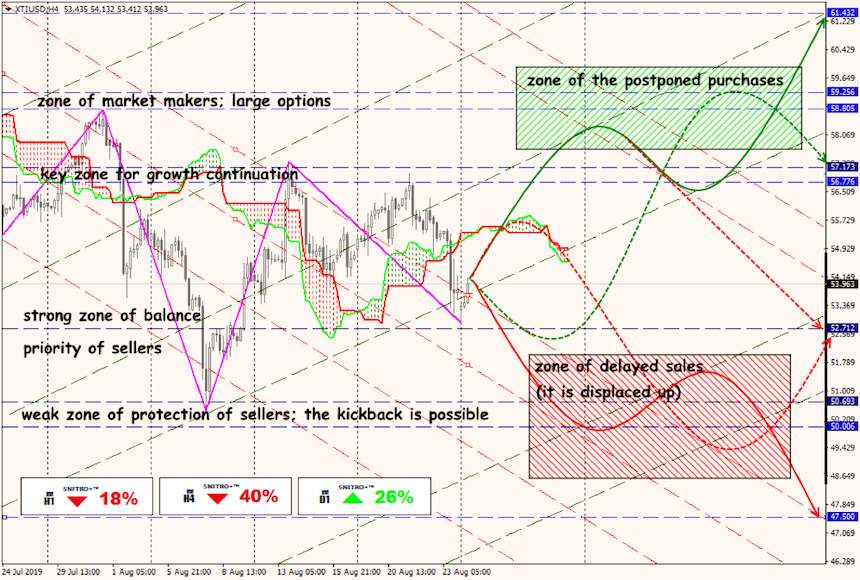