Trump has admitted defeat; China hopes for a truce in a trade war. Eurozone is on brink of a serious crisis, but the markets are still underestimating this problem and we still have to go through the main speculations.

Biden's victory spurred the growth of commodity and export-oriented currencies against the dollar, as the financial and political world hopes for an end to the trade wars. However, Trump still has time before the end of his term, and his administration will have time to implement several decisions that are very unpleasant for China. These include sanctions against the largest chip maker, a more aggressive stance in the South China Sea, and a ban on US investment in Chinese businesses. Biden will have to compensate for this diplomatic and economic negative.

Janet Yellen's appointment as Treasury Secretary in the Biden administration is a positive development for the US economy − stock markets love the former Fed Lady. Yellen will return the US to a «strong dollar policy»; the policy of the US Treasury and the Federal Reserve will be closely coordinated.

Biden's plans to radically increase taxes on individuals and legal entities create risks of a sharp decline in the S&P 500 (more than 10%), but it is Yellen who can convince the new president not to raise taxes in 2021. If she succeeds, then the active growth of stock markets at the beginning of 2021 is guaranteed.

The Fed protocol surprised by active discussion of the future QE program. The Federal Reserve is preparing to move to a «traditional» program to support economic recovery. It is highly likely that at the December meeting the size of the QE program will be reduced (to $ 60-80 billion) with the transition to the purchase of long-term treasury assets.

Shortly, speeches by FRS members should add details to the upcoming decision, which will certainly have a strong impact on the markets.

Merkel's telephone conversation with the Polish prime minister did not solve the problem. Poland and Hungary in a joint declaration confirmed that they are ready to veto the budget and the EU reconstruction fund if the provision of the law on the rule of law for receiving money from EU funds is not cancelled.

Moreover, even among their electorate, the “dissatisfied” do not have strong support. So, the Senate of Poland adopted a resolution asking the government to change its mind and still approve the European budget. For Hungarian Prime Minister Viktor Orban, who is already in trouble over an investigation into his government's alleged violations of EU norms, this is also a critical issue.

Now the representatives of Hungary and Poland are demanding an active intergovernmental dialogue, which risks dragging on for several months. Given the relevance of the veto problem until December 7, from the beginning of 2021, the EU will have to form monthly emergency budgets, which will mean a gradual reduction in funding for all expenses except critical ones.

It is unlikely that the parties to the conflict will come to a compromise before December 7, so this topic will become central at the EU leaders' summit on December 10-11.

EU representatives believe that if an agreement is not reached this week, then there is no point in further negotiations on Brexit. Barnier confirmed the lack of progress on three key issues but said in a private conversation Friday night that the discussion is ongoing, but the likelihood of a deal is minimal.

However, British Foreign Minister Raab said Sunday that an agreement is achievable next week, subject to concessions from the EU. Alas, Europe is waiting for a much greater compromise from London.

Today and tomorrow, OPEC + energy ministers will discuss the issue of increasing oil production online. after negotiations between Saudi Arabia and the Russian Federation, the basic option was to extend the current quotas for 2-3 months with a subsequent revision of the situation. Given some signs of market recovery and dissatisfaction with the current terms of the deal from the UAE and Iraq, a short-term delay is more likely.

After the OPEC+ summit, the focus will shift to vaccination prospects and Biden's policy towards Iran. Easing sanctions and increasing the volume of Iranian oil on the market should stabilize the price growth in the range of no more than 1.5-2 figures from the current levels.

Statistics for the current week:

Today Lagarde will speak at the Forum of the Center for European Policy; Powell and Mnuchin will speak before the Senate Banking Committee, and the head of the Federal Reserve will answer questions tomorrow at the House of Representatives Finance Committee. The main topic will be the Fed assistance programs, in particular, Jay will convince Congress of the need to continue the Main Street lending program, as well as the need to adopt a new package of Congressional fiscal stimulus. Surprises are unlikely.

ECB members will discuss new incentives at an informal meeting on Wednesday, waiting for traditional insiders. 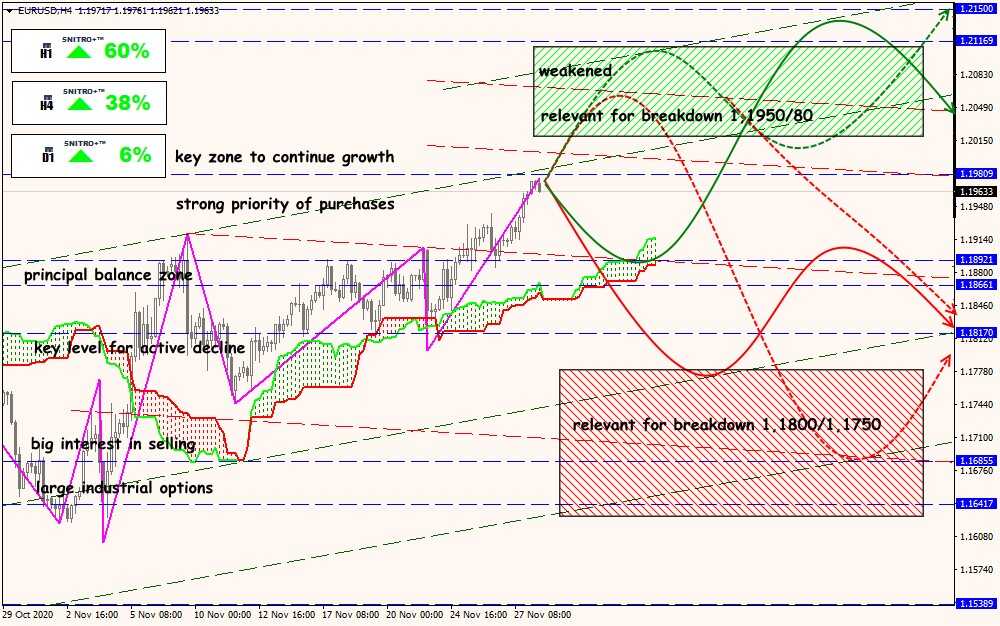 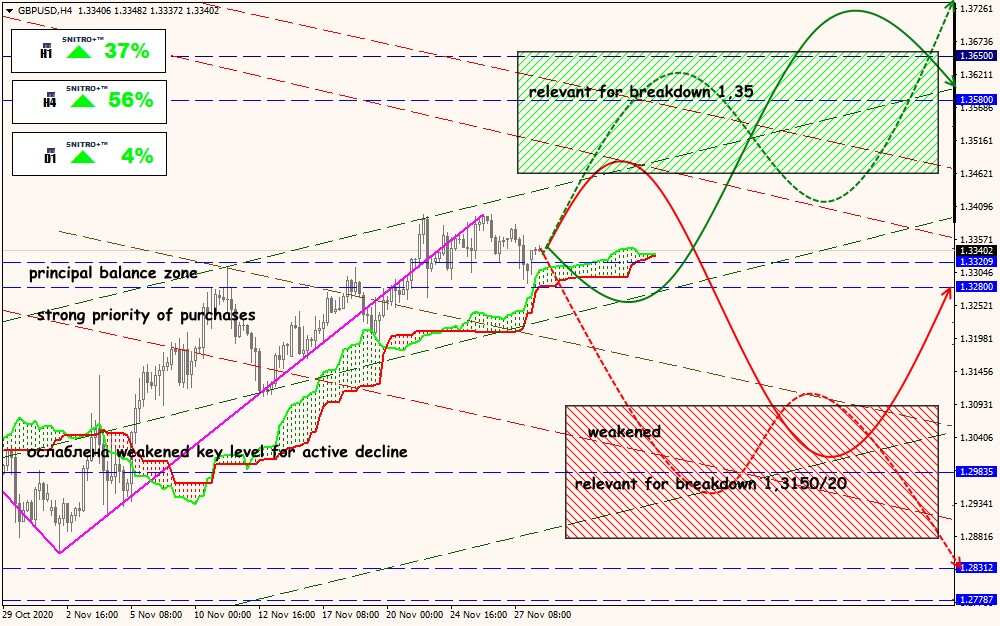 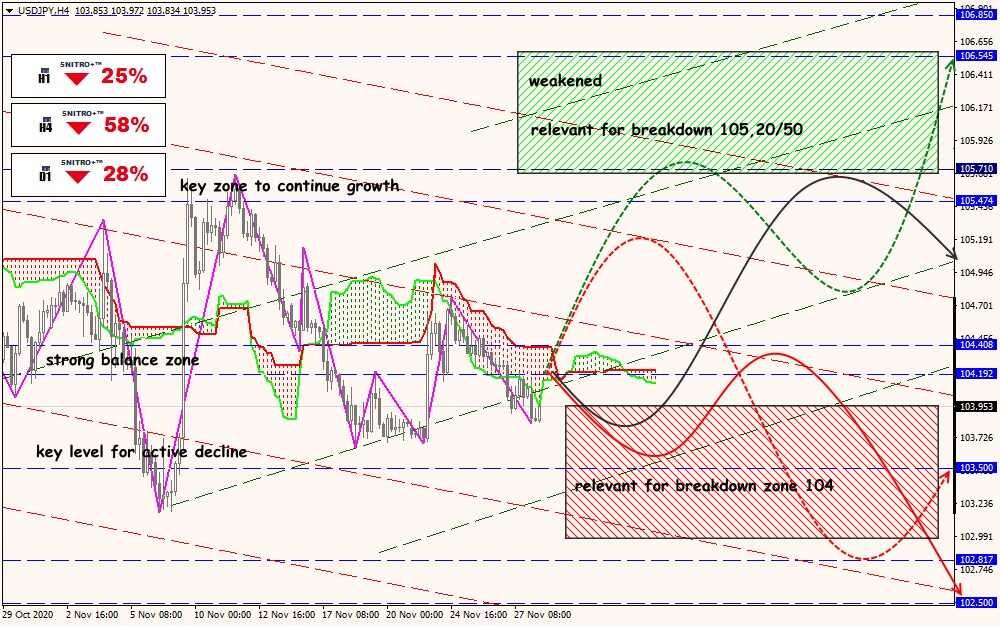 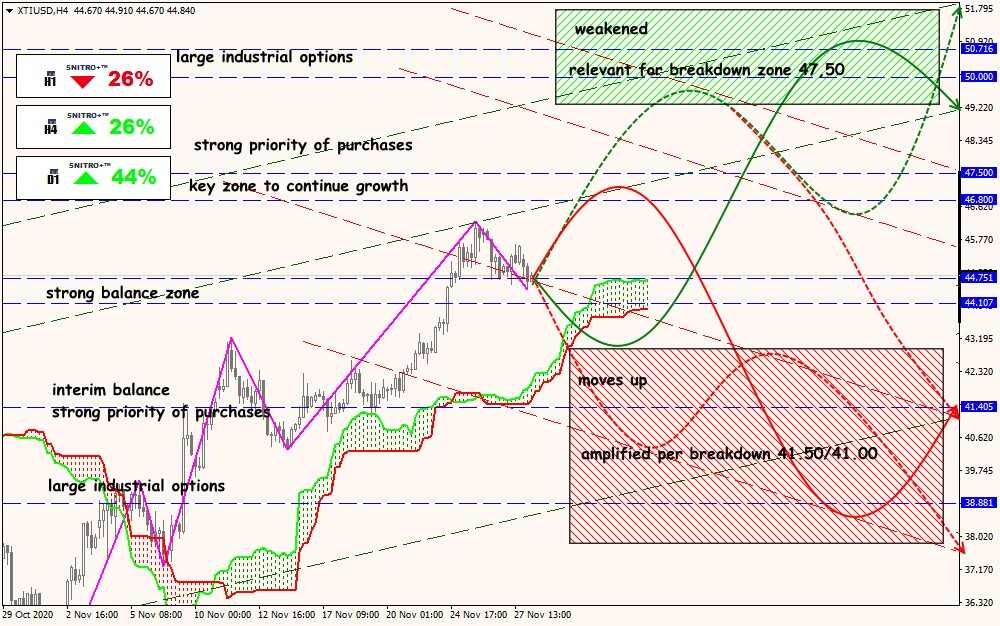