Markets are waiting for a vaccine against the crisis

The results of the EU online summit disappointed investors; Trump changes the policy of communication with the Fed; oil traders are waiting for the expiration of Brent contracts.

The focus of the COVID19 pandemic is once again shifting to the Southeast Asian zone, and speculators are in the United States.

EU leaders have formally come to a compromise on creating a recovery fund to help troubled countries end the coronavirus pandemic, but problems, as always, remain behind the scenes. There are no clear decisions either on the final size of the fund, nor on the proportions of assistance, nor on the conditions for obtaining loans. Only a €540 billion program has been agreed, but this fundamental factor has long been worked out by the market. The European Commission should present a plan for the restoration fund on May 6, EU leaders should approve it at the summit in June. The details of this investment plan will be key to the euro trend.

The fed meeting, April 29: no new incentives to support the economy not the Fed, the main task is not to fail the implementation of already adopted decisions. The insider from the WSJ reports on the expansion of the program of redemption of municipal bonds and credit programs that will not have a significant impact on the markets.

Despite the comments of some leaders of the March, Fed minutes showed that the reduction of rates to negative values is not considered so that the strong speculation is unlikely.

This week the daily purchase of US t-bills will be reduced to $10 billion a day ($50 billion per week). But if Powell said it plans to further reduce purchases of US t-bills, because the debt markets at the moment are functioning normally and the fed intervention is not required in large volume – the dollar will rise.

The market reaction will be strong and will last at least a few days. If the majority of fed members expect rate hike 1-2 in 2021 and the situation will be neutral for the dollar, in the case of plans to increase rates in 2021 each quarter, the dollar will rise sharply. Forecasts for GDP growth and inflation also exert a strong influence on risk appetite. Press conference Powell will be ignored.

In this case, the reaction will be neutral, the press conference was a slightly optimistic new economic forecasts will not be until the June meeting. The fed will try not to make predictions on the rate hike because after the abolition of quarantine to control the growth of inflation will be difficult and the reasons for the correction the bet will be obvious. Forecasts for GDP growth and the unemployment rate in 2020 may shock the markets ahead of time.

ECB meeting, April 30: An insider from large banks expects the ECB to increase the size of the PEPP program, although now the central banks prefer to make decisions between meetings, and report already at meetings. The euro is at low levels acceptable to all countries in the Eurozone, so the ECB does not yet need additional incentives. The ECB is trying to protect Europe from a new debt crisis and intends to accept «junk» bonds of the Eurozone countries on bail by September 2021 while downgrading. However, if a country loses its rating according to the version of all key agencies, then it loses the right to participate in the QE program.

Lagarde's press conference is a priori risk to markets, although she reaffirmed her full support for Draghi's policies. However, the head of the ECB is still dangerous with his ignorance; let's hope that now there will be no questions, the answer to which will cause the collapse of regional markets, as was the case with Italy. We are waiting for questions about the ECB's forecasts for Eurozone GDP since Lagarde said at a summit of leaders of the Eurozone that in certain scenarios, the fall in GDP over the year could reach 15%. In general, the results of the ECB meeting should be weakly positive for the euro, but globally the situation will not improve.

The next session of the Brussels-London negotiations showed that the participants are very far from real solutions. Michel Barnier officially stated that London categorically refused to extend the duration of the «transition period» (a decision must be made before June 30). There is no progress on any of the key issues, and even the upcoming economic shock from the COVID-19 pandemic does not affect British rhetoric. Also, the head of the EU negotiating group accused Britain of delaying the negotiation process for future agreements that will take effect after December 31. London «refused» to amend the conditions for doing business, the free movement of people, goods and services, to develop a veterinary and sanitary control regime on the border between Ireland and Northern Ireland.

The pound ignores its own statistics (very negative!), Information on any measures to stimulate the economy from the government or the BOE is not published in the public domain, there are no fundamental factors for the dynamics. Prime Minister Johnson's return to work could lead to short-term pound growth in fixed assets.

Mnuchin considering the creation of a state loan program for the oil industry, and if such a program is agreed upon, its implementation will the fed. The white house is also considering investing in oil companies in exchange for some credits, and some of these companies will require production cuts. Trump about any of these options the Finance Ministry is not yet announced.

In the US an oil regulator in the state of Texas has postponed a vote on key issues on May 5th. Some OPEC+ had a private conference call, but without the participation of the Saudis and Russia, the results are not published.

Saudi Arabia said it was ready for additional production cuts if other parties to the agreement and the G20 will take similar action. Russia expects to take decisions after evaluation of price dynamics after the entry into force of the agreement on production cuts from May 1. Videoconference on May 10, has not yet been agreed.

Consumers and speculators with horror, waiting for the closure of the Brent contracts, fearing a repeat of the collapse, the same expiry WTI, but it is unlikely. This week, pay attention to:

Leading indicators in the ISM industry will have a strong influence on U.S. assets, data on the labour market remain the main focus of investors. China will introduce a PMI index for the manufacturing sector and the index of activity in the service sector for April. On Friday, on the trading floors of the Eurozone a day off. 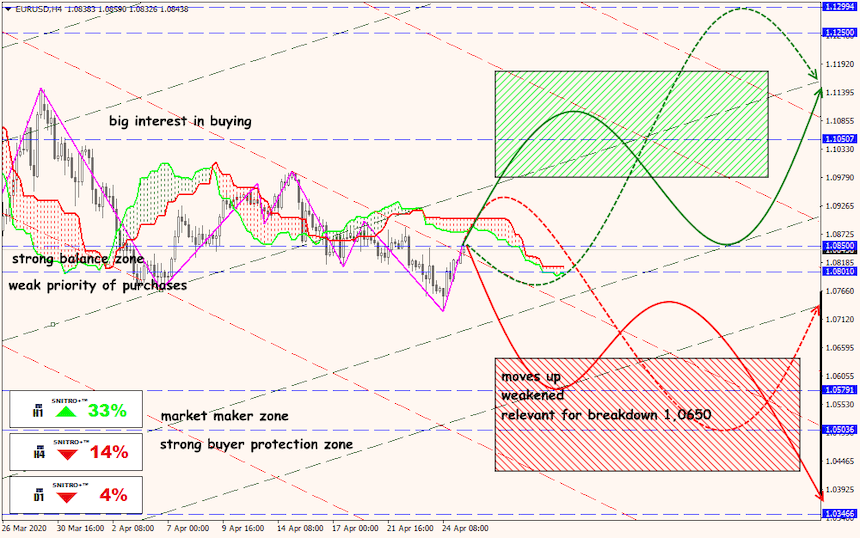 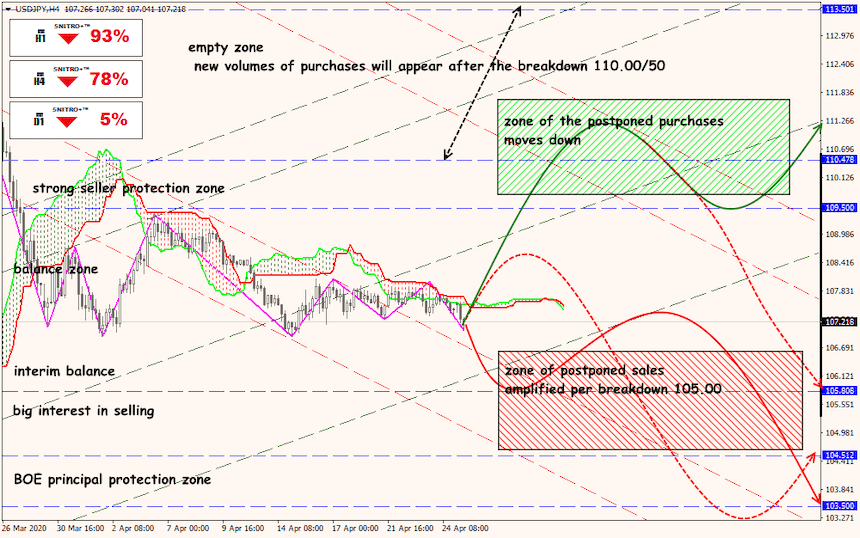 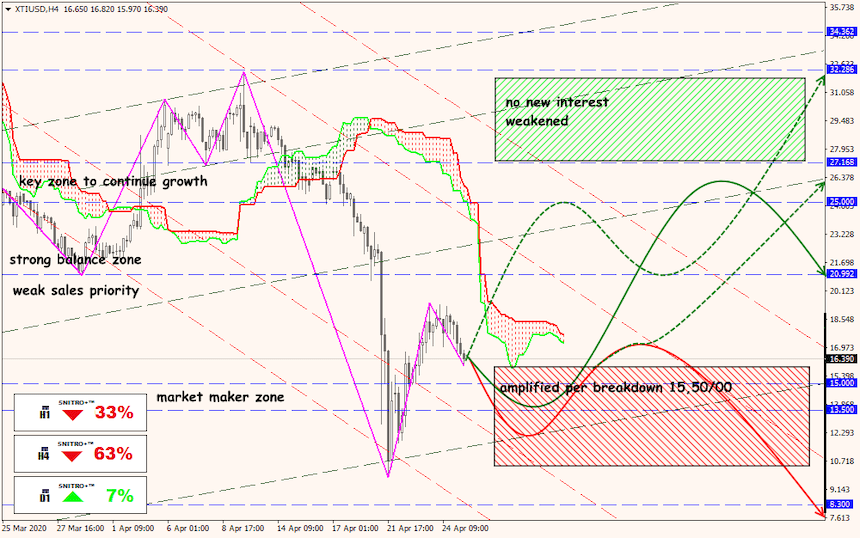