Market without optimism: FRS changes scenery, but not the scenario

The first week of the year without a decline of the dollar is closed; the subject of a national debt of the USA remains «a black tag»

Yellen said goodbye to FRS; the OPEC observes discipline, and in Venezuela everything is bad.

The announcement of FRS did not contain surprises; assessment of risks remained invariable; FRS is sure of inflation growth; expanded discussion will be displayed in the protocol in three weeks. The response of the market was reserved; waitings on increase in a rate at a meeting on 21 March reached 100%.

For the first time the tradition is broken and the operating head of the Federal Reserve is not approved on the second period. Today Jerome Powell will come to the office, and the market already fulfils probability of four increases in a rate this year.

Janet Yellen before the left has warned again about the existing danger of the superheated market, according to her, there isn't enough only falling of unemployment rate lower than 4% with growth of salaries higher than 3% that moods of investors became panic. Perhaps, Powell will accelerate normalization of policy if the economy gains too strong steam.

While «female» management, FRS have very smoothly passed from policy of extraordinary stimulation of the economy to increases in a rate and the beginning of the program of turning of balance of the Central Bank. The transparency of monetary policy which has become traditional at Yellen helps to stabilize the markets, to accelerate their growth and to control volatility. As a memorable gift, lady Janet is offered to take away a flag of FRS which is in front of the building.

NFP had left confidently strong, unemployment remained at the level of December (4.1%); growth of salaries which confirms achievement with labor market of full employment is considered the main positive of the report. The American companies are ready to use devaluation of the dollar and to begin repatriation of the capital in the USA.

The night performance of Trump before the Congress left the markets indifferent. The president called infrastructure of the country «collapsing»; according to calculations of McKinsey&Company, it will be required to spend for implementation of the plan of restructuring offered by Trump for $150 billion a year till 2030, and the total amount can exceed $1,8 trillion. The announcement of the bill on immigration and strengthening of cross-border security hasn't helped to level the descending pressure upon dollar as the document rigidly doesn't suit democrats. As a result, an exit of long-term investors from state treasury bills of the USA accelerates, risks of a government default amplify.

The term of financing of the government expires on 8 February; on Tuesday Republicans of the lower house want to vote the next short-term extension, but this idea has no support in the Senate. Democrats have practically make up mind to need of financing of a wall on the border with Mexico. The project on the extension of financing till March 22-23 which doesn't demand observance of conditions on DACA prepares, but will include support of medical programs for the attraction of voices of Democrats.

The German social democrats and conservatives haven't managed to complete negotiations on the creation of the coalition in the stated time; the procedure allows to involve two more «reserve» days, but it is already really the extreme point. If today-tomorrow the block of CDU/CSU and SPD agree after all, then some more weeks will leave on the coordination of the agreement, and they cannot do that without approval of special congress of SPD. It is already obvious that necessary votes will be received, but the division of opinions concerning the coalition with Merkel's block speaks about the instability of future government.

The end of negotiations can lead to the short-term growth of euro. Reform of the Eurozone were almost not discussed in this round of the German negotiations, the issue with uniform guarantees on deposits of banks of the Eurozone isn't agreed, their destiny will be decided at the summit of leaders of the EU in March. Leaders of the EU have refused the offer of European Commission on introduction light - versions of eurobonds, most of participants against the uniform budget and the Ministry of Finance of the EU. At least, now.

ISM of a services sector will become the main release of the USA current week, but its influence on the markets will be weak; on the Eurozone it is necessary to pay attention to PMI of a services sector, trade balance of Germany (if below the forecast − fears of the market concerning revision of the trade agreement with the USA decrease). The main event on the pound, in addition to the report on inflation, can be considered the statement of BOE; we pay attention to UK Markit Services PMI and data on increase in production. China before long holidays will please with trade balance on Thursday and data on inflation on Friday.

The dollar remains sensitive to political fights, the CPI index and also indicators of volumes of retails. During a solution of the problem of a national debt, it is logical to expect the formation of the new top of the index of the dollar.

After the global «period of silence», a lot of performances of members of FRS and comments of other financial figures is expected. Draghi will act in European Parliament today and can provoke new speculation for euro (without serious adjustments of levels). The intermediate meeting of the ECB on Wednesday will be focused on Brexit problems. 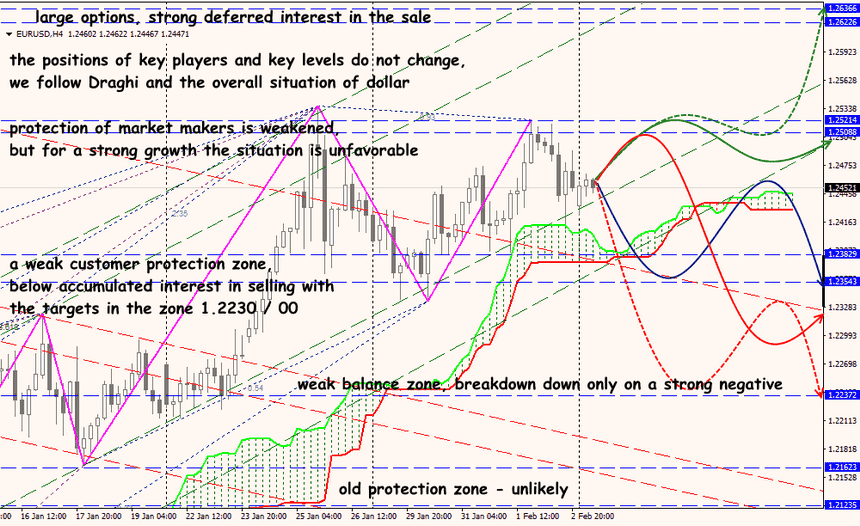 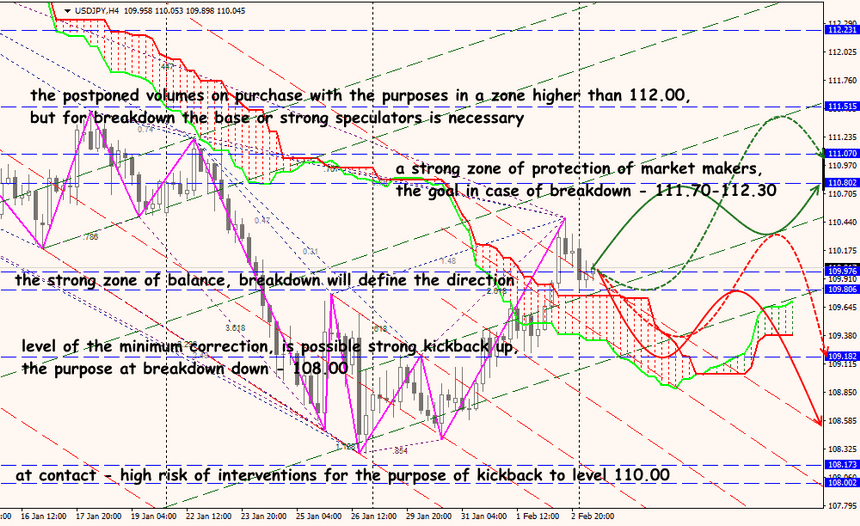