Market is looking for a vaccine against global problems, but so far unsuccessfully

Europe is facing a new wave of a pandemic; Trump is at war with Democrats; China is conducting QE in secrecy; OPEC is preparing for a collapse in prices. The focus is shifting to domestic and regional themes.

Let's note only the key points:

Negotiations between Republicans and Democrats on a new stimulus package have suffered another fiasco. Democrats are demanding that mail-order funding be included in the stimulus package, something Trump is trying to prevent. Donald believes that the speaker of the lower house of Congress, Pelosi, wants to delay the counting process and become acting president during the period of anarchy. Trump's executive orders to extend fiscal stimulus will add votes to Republicans and Trump personally. The intensity of personal reproaches is growing, the discussion simply does not reach other issues.

US economic reports are coming out strong, the labour market is recovering, and retail sales in the outgoing week were much better than expected. Visually, the need for new monetary stimulus from the FRS is not visible: the situation in the economy has not changed since the July meeting. The Fed may be concerned about the negative impact of the second wave of COVID-19 and the inadequacy of the new fiscal stimulus package due to unreasonable Trump decrees, but it would be more logical to postpone the decision on the QE program and control of the US GKO yield curve until the end of the year.

In the text of the document, we are looking for the FR's guarantees on the duration of the rates preservation at current levels. The publication will not have a strong impact on the markets, but if the Fed indicates its readiness to announce new monetary stimulus at its September meeting, the dollar will fall short-term.

Last week, Trump and his officials tried to convince markets that there was no risk of terminating a Phase 1 trade agreement with China. However, on Friday evening, the media reported the cancellation of the videoconference of representatives of the parties without specifying a new date. China has asked for more time to force purchases of US products to better comply with the agreement. It is clear that Beijing is not fulfilling the terms of the trade agreement, but Trump does not need an active war at the moment. The stock market crash before the elections could be a political disaster, so Donnie has to play the role of a democratic companion.

Last month's statistics for China fell short of expectations in all respects. The Bank of China announced plans to work with the country's Ministry of Finance to facilitate the sale of sovereign bonds, but no specific steps were announced. We are waiting for comments this week.

Investors chose to ignore the gloomy economic data, although there is nothing to rejoice in: the UK economy lost a record 20.4% in Q2, significantly more than the Eurozone (12.1%) or the US (9.5%). The labour market recovery is expected to be difficult as the government's anti-layoff program ends in October.

A new EU-Britain discussion session will begin tomorrow, with Barnier and Frost scheduled to report the results on Friday. The next «shadow boxing» does not promise a real breakthrough, its task is to determine the maximum boundaries of mutual concessions. So, the most pressing topic will be the problem of fishing: Macron and Merkel will hold a bilateral meeting on August 20. It is not excluded that Macron will confirm the solution of the «fish» issue, this will allow fixing at least a small positive result on Friday. The pound is still strengthening against the background of the dollar's fall and the absence of national factors for growth. On political speculations this week, we are expecting a reaction on the pound and euro.

The comments of the FRS officials will try to correct the expectations of market participants, but it is more likely that analysts will prefer to wait for the publication of the labour market report for August before making a final decision. The ECB minutes will be published on Thursday, no new ideas are planned. 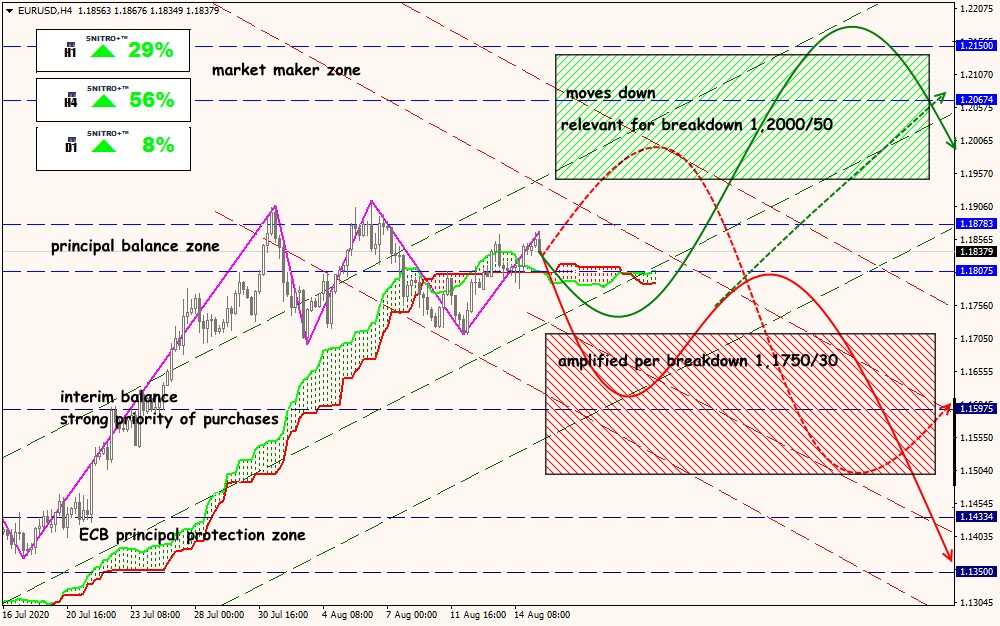 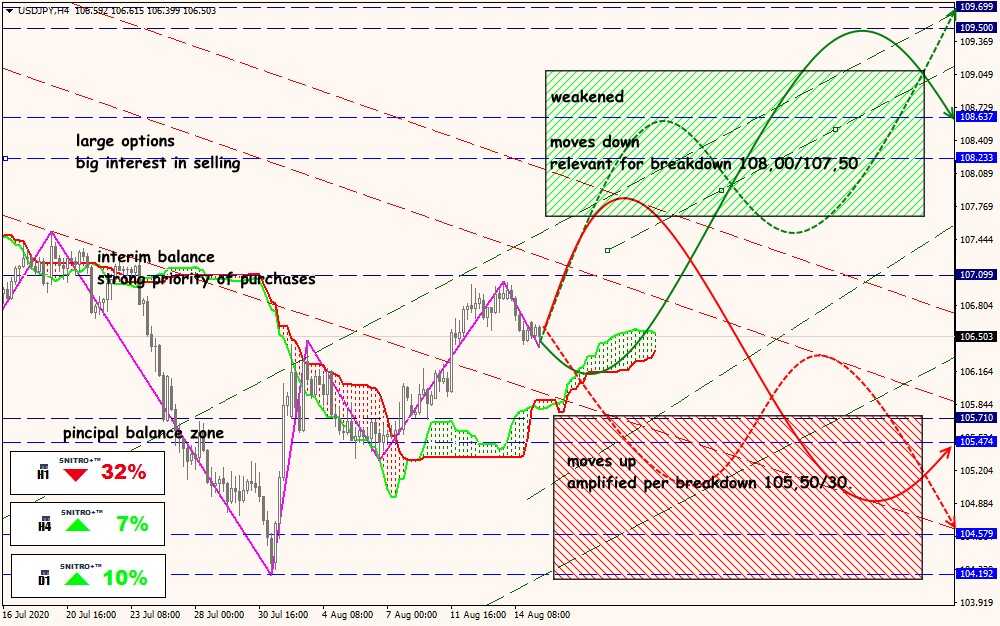 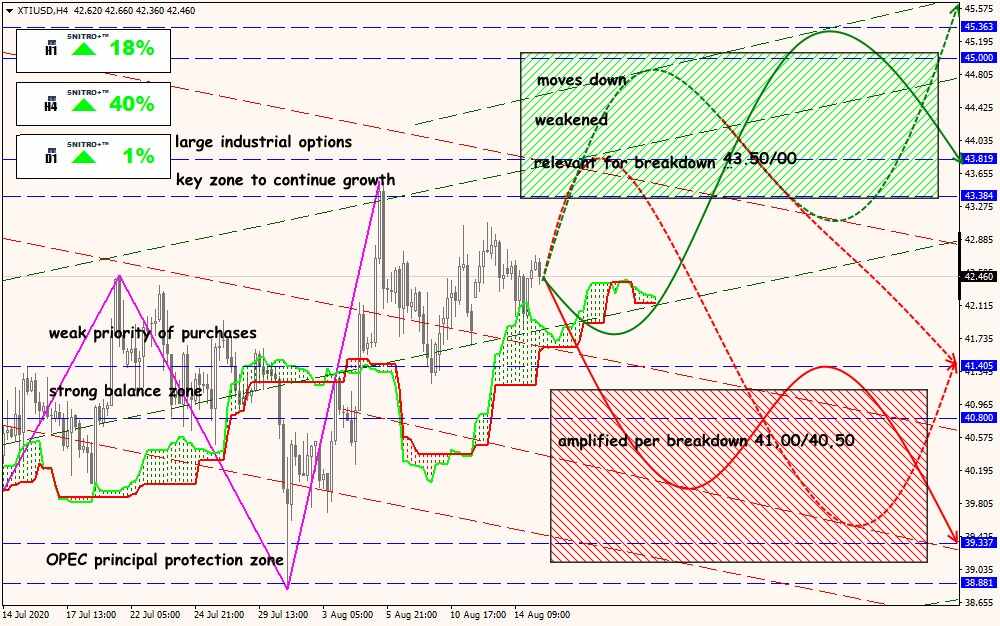