Market in Search of a Scenario: Italian Drama and American Comics

The situation in Rome approaches the most negative outcome; Trump carried out the next round of Asian blackmail.

The world prepares for sanctions against Iran; euro − to the debt attack, the USA – to important NFP. The hot summer will be on the markets.

The FRS meeting minutes as of 2 May left a strange impression. FRS obviously happy with the current growth of economy, risks of strong growth of inflation don't disturb, only growth of salaries above 3% can lead to the change of rhetoric. Expectations of four increases in a rate are obviously overestimated considering the forthcoming intermediate congressional elections of the USA and the expected end of the euroQE program. The market didn't show strong reaction so listen to any facts capable to cause revaluation of FRS policy prospects till fall.

Powell did not please with dissenting opinion on a monetary policy in the performance within the discussion «Future of the central banking» on Sveriges Riksbank Anniversary Conference in Stockholm. Though, perhaps, neutral response of the market is connected to feeble oratorical skills of the head of the Federal Reserve. Interesting comments of members of FRS and other interested persons should be expected after the publication of data on inflation and NFP; on Saturday the silence period before a meeting of FRS on 13 June begins.

The publication of the minutes of the ECB meeting as of April 25-26 did not help euro especially as the large volume of the document is occupied by fears in connection with protectionist policy of the USA for a row of EU countries. Also the traditional Friday insider that the ECB intends to finish the QE program this year did not please. The main subject – the revision of June forecasts for growth of inflation for increase because of increase in prices for oil is expected. Chances of correction of the program at a June meeting remain low, all perspectives for euro look down.

The representative of the EU on Brexit after the next round and a month before the EU summit has criticized policy of London in a question with the Irish border. There is no progress in process, Britain rejects the pact on free trade, and the EU doesn't agree with May's attempts «to push through» for London the pact on mutual recognition of regulations. Brussels expects to receive the next draft decision of the Irish problem at the beginning of June.

The pound remains under pressure after Carney's statement for possible cancellation of toughening of monetary policy because of crisis in the Brexit issues. Data on inflation − below expectations, the report on volumes of capital investments in economy of Britain has also shown unexpectedly low result.

Carney has said that GDP growth higher than 1,5% is necessary for increase in a rate, and BOE is ready even to lower rates in case of rigid Brexit. Current week we recommend to pay attention to data of PMI of the industry of Britain.

Further we will consider briefly the main «painful» points:

Giuseppe Conte has returned the mandate issued to him – in the course of the debate famous professor of the law didn't manage to bridle ambitions of politicians and to create the government. The president Matarella will make the decision on holding early elections within 3-5 days. The Moody's rating agency on Friday has announced possible downgrade of Italy though at the moment the rating of the country so is only two steps above «garbage». In case of further drop in the rating, ECB won't be able to buy (or to accept as a deposit) the Italian assets that will cause new debt crisis in Europe. Listen carefully everything connected Italy.

Trump has again drawn on himself attention focus – firstelly, the active interest in increase in duties on import cars, and then refusal of a meeting with Kim Jong-un. Plans of new sanctions against North Korea are already prepared for discussion in the Senate. Despite the next demarche of the USA, negotiations on a meeting of leaders proceed. Instead of officials diplomates have begun to work − the former ambassador of the USA in South Korea Kim Son heads the American delegation. Negotiations will continue till Wednesday.

China has demanded to stop provocations: the ships of US Navies within the exercise RIMPAC in the Pacific Ocean have intruded in territorial waters of the country in the South China Sea (water area of the Paracel Islands). Nevertheless, trade negotiations of China and the USA continue, the United States Secretary of Commerce Ross will visit China on 2-4 June, China prepares the project of decrease in the customs duties on import of the cars and some other American goods since 1 July. Wait for PMI of China in Thursday−Friday.

Oil has lost nearly 7 figures after information that Saudi Arabia and Russia have declared determination to reconsider conditions of the pact on production reduction (increase in volume approximately on 1 million bars/day is discussed). OPEC has reported that in April the agreement in general is implemented by 152% − the probability of mitigation of terms of the ageement at a meeting on 21-23 June in Vienna has sharply grown.

The cartel is afraid of market disbalance: increase in prices for gasoline leads to reduction of transportations, for example, in Brazil the strike of the transport companies protesting against expensive fuel has already begun. Nevertheless, participants of the option market raise rates: in the market positions for the purpose of growth of a benchmark of Brent to $100 within a year are open already. The official decision of Iran on the further participation in the pact on production reduction will become in short term important factor of the market.

Interesting NFP is within the current week: special attention of investors to growth of salaries. Data better than the forecast won't cause a strong reaction, and figure worse than planned will provoke closing of large purchases of dollar. This time ISM of the industry and services will be published after a release of the report on labor market, but the Beige book and the report of ADP will correct market expectations.

Today is the day off at the exchanges of Britain and the USA, volumes in the market weak, it is worth being extremely attentive. Large players will begin to work political news and the next tricks of Trump tomorrow so the market will be active current week. 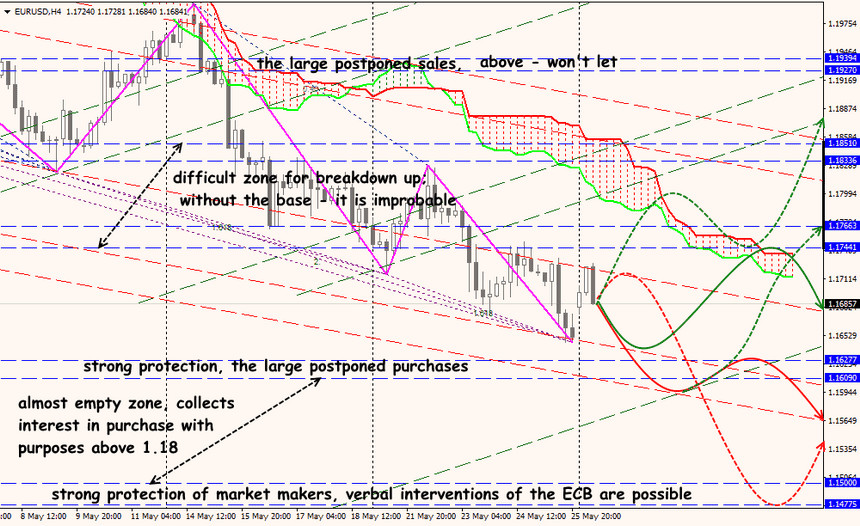 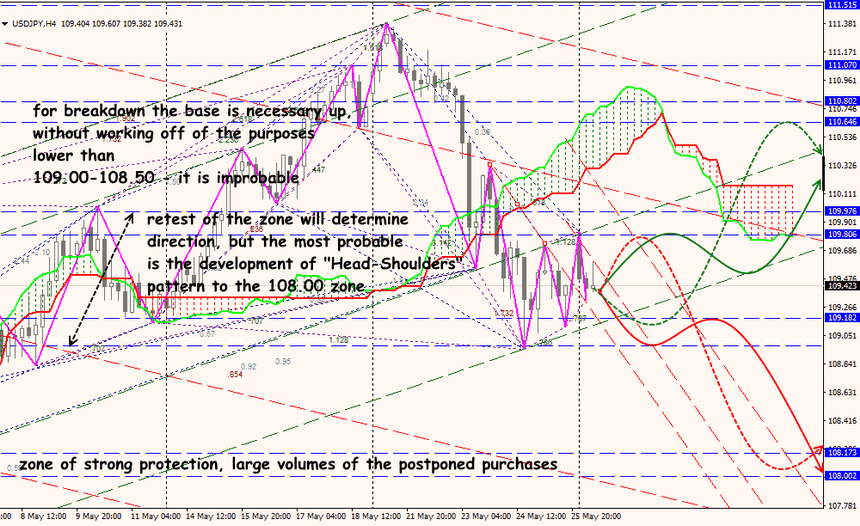