Maestro returns: the EU has a chance for stability

NFP has disappointed the markets. Draghi tries on the role of the nation's saviour. Biden and the EU are preparing to remove duties. Iran is issuing an ultimatum but may lose again.

Businesses expected the US labour market to start showing a solid recovery, but the January report came out weak, with a significant downgrade over the previous two months. To compensate for the shock it was necessary to use «heavy artillery» in the form of Janet Yellen.

Treasury Secretary said the U.S. can return to full employment in 2022 if it enacts a robust enough coronavirus stimulus package, but otherwise risks a slower rebound in jobs and the economy. President Biden’s $1.9 trillion stimulus plan isn’t specifically aimed at job creation, Yellen conceded, but she said that «the spending it will generate will create demand for workers».

The report's positive surprise was the drop in unemployment rates, while there was virtually no growth in the number of new jobs over the past three months. Nevertheless, other economic reports of the «first tier» of the outgoing week indicate «actual overheating» of the US economy. In any case, the weak NFP will help keep the dollar under downward pressure in the coming days.

Finally, both houses of Congress passed a budget resolution that would allow Democrats to pass a $ 1.9 trillion fiscal stimulus package. by a simple majority in the Senate, without Republicans. The bill should be ready by February 16, but the Senate will begin debate on it only after the end of the trial on Trump's second impeachment. The fastest similar process took 21 days, but Biden's team is ready to update the record.

Biden is set to unveil a second stimulus package at his February 23 congressional meeting, which could lead to a backlash in the stock market.

Early elections during the pandemic will be another financial disaster for Italy, and the EU will not give money from the recovery fund without a stable pro-European course. So Italian President Mattarella’s decision to create a new government led by Mario Draghi seems unexpectedly wise.

Draghi continues to consult with the party leaders of Parliament, the second round will end on Tuesday evening, but the results may not reach the media until Wednesday. But it is already obvious that Mario will get the necessary support. That is, of course, a positive thing for the EU as a whole, but the euro has already worked that out. Draghi, as always, needs a weak euro, so we’re waiting for a batch of traditional verbal manipulations.

European Commission Commissioner Ursula von der Leyen plans a telephone call with Biden to propose a temporary waiver of all trade duties on US and EU imports for six months, pending a longer-term agreement.

The US President’s agreement to cancel for the EU the key elements of Trump’s «trade war» is unquestionable, but this has already been taken into account in the euro’s dynamics as early as the end of last year. However, the moment a formal agreement is concluded may provide a short-term boost.

BOE held its first meeting this year and stated that the current policy is fully consistent with the current situation and that zero rates are more acceptable than negative. But this was clear to any student. It was announced that the current level of interest rates will remain if key macroeconomic indicators do not show a downward trend.

Bailey's press conference (in audio format with a terrible sound!) was a surprise: the head of the BOE said that the markets should not discuss negative rates, as this is not a signal to apply to them. The real purpose of the press conference remained unclear, the reaction of the pound does not seem logical.

We'll have to closely monitor economic data to see if Britain is ready to start normalizing monetary policy before the Fed. If the GDP data on Friday is better than the forecast, we are waiting for GBP/USD in the zone ...

Commodity assets continue to grow on expectations of a global economic recovery and the results of Biden's policy to cut production. The rise in prices has made the American shale sector profitable, the business promises to behave wisely, but there is no trust in it. Currently, there is a moratorium on the conclusion of new contracts for the production of oil and gas in the federal lands of the United States

Nevertheless, the main threat to the market is considered the prospect of lifting sanctions against Iran, with Tehran setting a deadline for the return of the United States to the nuclear agreement on February 21. The US National Security Council held a meeting on Friday on the situation with Iran, but there is no official statement yet. Inside reports that analysts from the Biden administration are exploring options for providing humanitarian and financial assistance to Iran through the IMF tranches, but the lifting of sanctions on the sale of Iranian oil is not even discussed. Consultations with the EU on the same topic began on Friday. By the end of February, there should be at least a preliminary decision.

For this week’s notice:

Trump’s second impeachment will begin in the US Senate today, and Lagarde will participate in the European Parliament’s debate on the ECB’s annual report. Her speech will focus on the 2019 Policy Review − markets are not interesting. Yesterday, in an interview, the head of the ECB stated that the recovery of the eurozone economy would begin in the summer and would be «strong», but it is not possible to immediately cancel fiscal and monetary support; perhaps this topic would continue on Wednesday in private meetings with Economist analysts.

On Wednesday, Powell will speak at the New York Economic Club’s webinar on the state of the US labour market. This performance may be dangerous for the markets, as Jay has already «consulted» with Janet; the shifting of monetary accents after the Fed’s administration agrees with future Fed policy.

It is possible to announce the Federal Reserve’s guarantees for the duration of the QE program at the current level until the end of the year. Nor can one rule out an agreement with Yellen to monetize US public debt, with the Fed returning to discussing the issue of controlling US T-bills yields. The tone of talk is important, above all, for the US debt market, and only with the results of show will it be possible to continue buying the dollar on corrections. 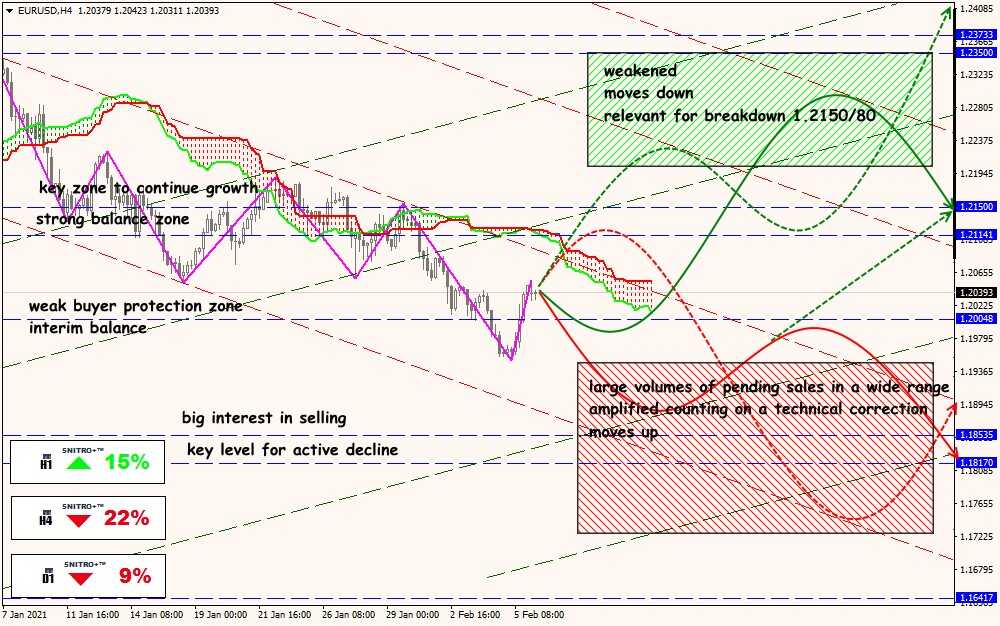 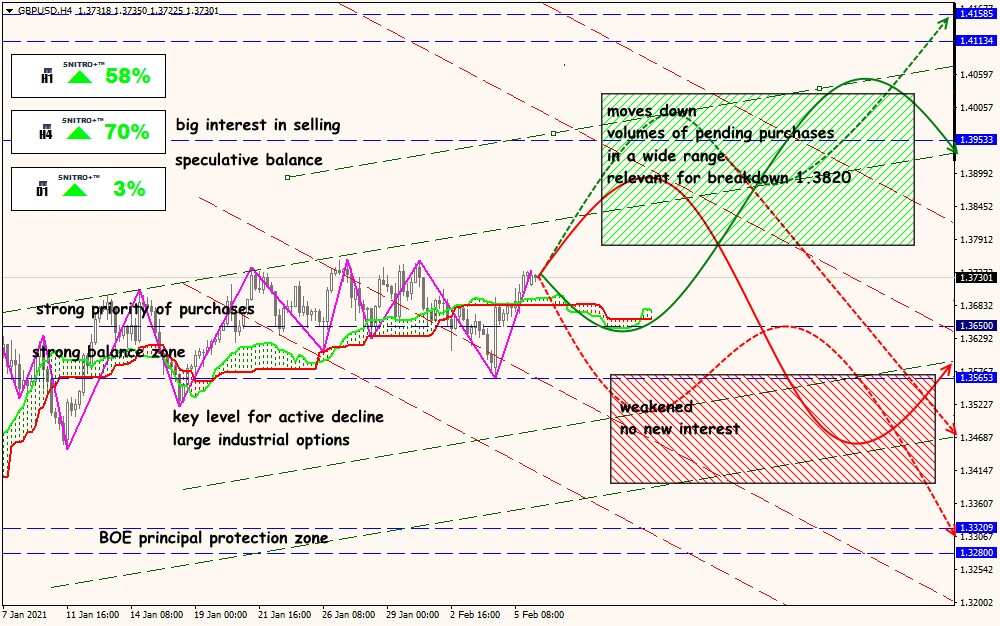 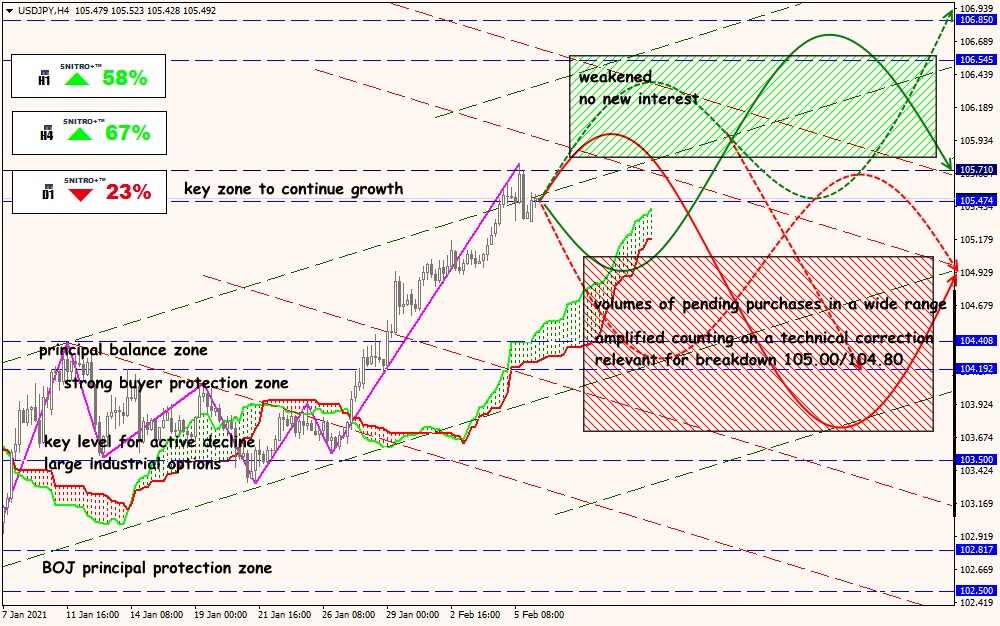 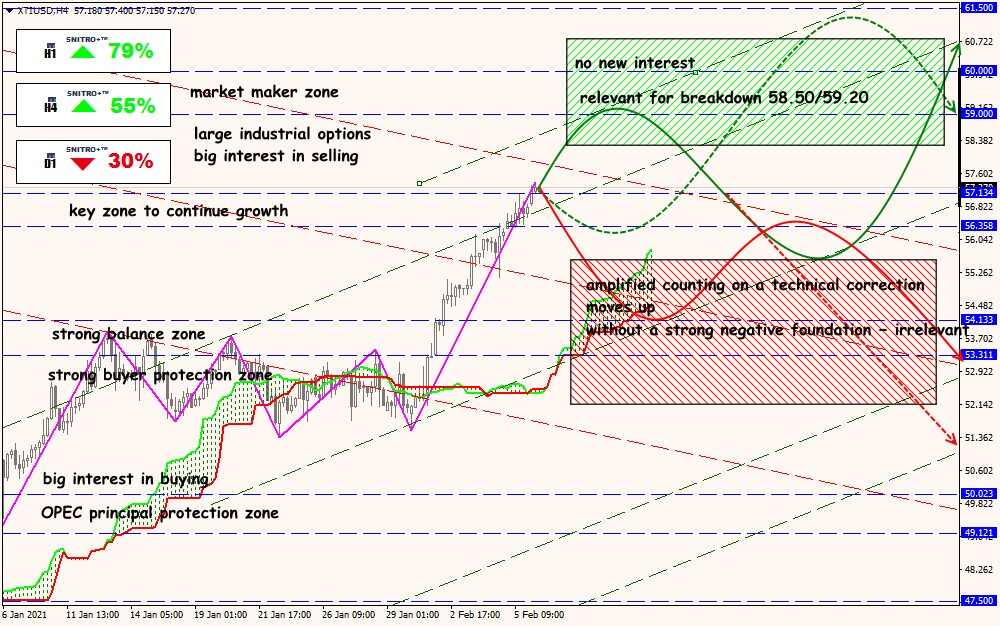