Lessons of Herostratus: aggression as a factor of progress

Split in the ranks of the ECB, an attack on the Arab oil, resignation of the government of Japan. The USA is offered to China by truce, and FRS is going to disappoint the president again.

Let's start with a fresh fire:

On Saturday the world's largest oil refinery company Saudi Aramco was attacked by air drones − this is the most destructive accident in the oil industry of Saudis. Analysts estimate market losses approximately at 5 million Barrel/day, that is about 5% of daily extraction of petroleum crude in the world. Responsibility was undertaken by the Yemen insurgents, but politically it stimulates the growth of strength in the relations between the USA and Iran. The USA already declared responsibility of Iran, but Tehran already managed to disprove it. All in a breath Saudi Arabia didn't accuse Iran of aggression, and there is an opinion that this blow – ordinary «big deal» for increase in prices before IPO Aramco.

Despite the active objections of France, Germany and Holland, the decision of the ECB was more aggressive, but there is no clear understanding of consequences yet. The deposit rate is reduced to -0.50%, the main rate is kept without changes. The average rate for banks of different EU countries will vary from -3.2% (for Germany) up to -0.2%. The ECB started the QE program in a monthly size of €20 billion with open date «because of deficiency of inflation». The type of the bought assets in the QE program will remain invariable. TLTROs conditions are also improved – rates are reduced and the repayment period is prolonged up to 3 years. Forecasts for GDP growth of the Eurozone are reduced (the truth is, insignificant), and decrease in forecasts for the growth of inflation for 2020 was shocking. The balance of risks for prospects of euro remains descending.

If to consider that at the moment the ECB can buy within QE program the state treasury bills of the countries of the Eurozone for the sum about €105 billion, then the QE program will last not less than 7 months, and the rate of the ECB can be raised in the 2nd half of 2020, as well as was planned earlier. Nobody doubts that Draghi when he spoke about need to spend more money, addressed Germany. Split in the ECB is the most scale for history at the moment that can call into question legitimacy of his yesterday's decisions; even there is an opinion that Lagarde can cancel Draghi's decision after the ascension on a throne. There are no fissile comments on this subject yet.

The growth of inflation in the USA in August evidences about lack of an urgent need of decrease in rates. Decrease of ISM of the industry of the USA provide Powell an additional incentive to insist lower than 50 points on decrease in a rate by 0.25% at a meeting on 18 September but this fact is already put in the current price. Forecasts and rhetoric of FRS most likely will disappoint the markets again and the growth of dollar will be near-term.

According to Trump, FRS has to lower a rate at least by 1%, but now the president in general called FRS for the negative rates so in accompanying statement we pay an attention to dot forecasts. At any decrease in a rate now the Federal Reserve System will execute the stated norm, but those members of FRS who were appointed by Trump can demand one more correction.

Johnson, in the run-up to today's meeting with the president of the European Commission Juncker (in a format of «a working lunch»), continues to insist that he won't ask the EU about one more delay. Barnier already said that at the moment in the subject Brexit there are no reasons for optimism.

The parliament of Great Britain once again rejected the application for an early general election on 15 October and also the House of Commons voted for forcing the government to publish the preparations for Brexit.

The message about mitigation of a position of DUP, despite a denial of this fact by the party members, actively helps pound. The market continues to close shorts against the background of decrease of chances of an exit of Britain from the EU without agreement. If insiders about the preparing compromise between Johnson's government and the EU confirmed, the potential of the growth will be much higher. Hearings in court of Scotland about illegal suspension of work of parliament will begin on 17September the decision has to be announced within three days.

We study attentively the British report on inflation and data on retails. BOE meeting will hardly bring a surprise as Carney will wait for a determinancy on the Brexit and will undertake nothing till 31 October.

Trump very needs the real agreement with China: he even postponed the next increase in tariffs for the Chinese goods for two weeks (till 15October) as he is stated on its twitter − «out of respect for anniversary of the People's Republic of China». As a countermeasure Beijing can allow the companies to resume import of the American agricultural goods.

The idea of the intermediate pact can cancel some tariffs in exchange for obligations of China for protection of intellectual property. Comments of other officials of the USA sound less optimistically. In particular, the groups of senators considers that Beijing can excessive use the special status of Hong Kong and receive through it the newest technologies of the USA.

De-escalation of trade war of the USA-China leads to the growth of appetite to risk – USD/CNH updated maxima again. Both parties try to reduce aggression before a next round of negotiations in Washington. Current week consultations at the level of technical groups are planned, and the made decisions will become a basis for progress at a meeting at the beginning of October.

And there are a little more news briefly:

There is a lack of statistics current week: we pay an attention to the production index of FRB of Philadelphia, reports on sectors of construction and the real estate of the USA, the ZEW index of Germany and inflation of the consumers prices of the EU countries.

In FRS the silence period proceeds; if Powell next mistakes at a press conference, the commentators will try to soften a situation so we can hear opinions of dissident figures not earlier than Thursday.

The information revolt against a package of incentives of Draghi will continue, but the growth of euro and threat of introduction of duties of the USA for import of goods of the EU owing to the decision of the WTO on subsidizing of Airbus will cool hotheads. Nevertheless, it is worth listening to a speech of the chief economist of the ECB Lane. 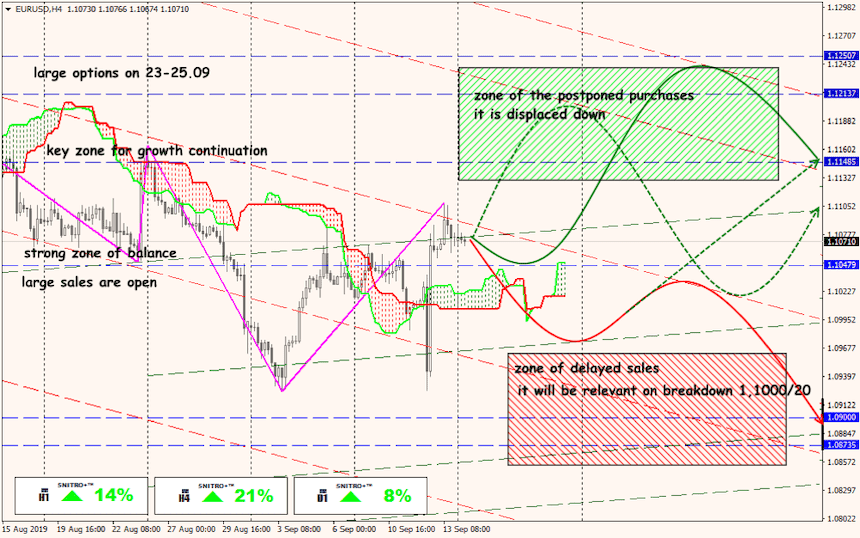 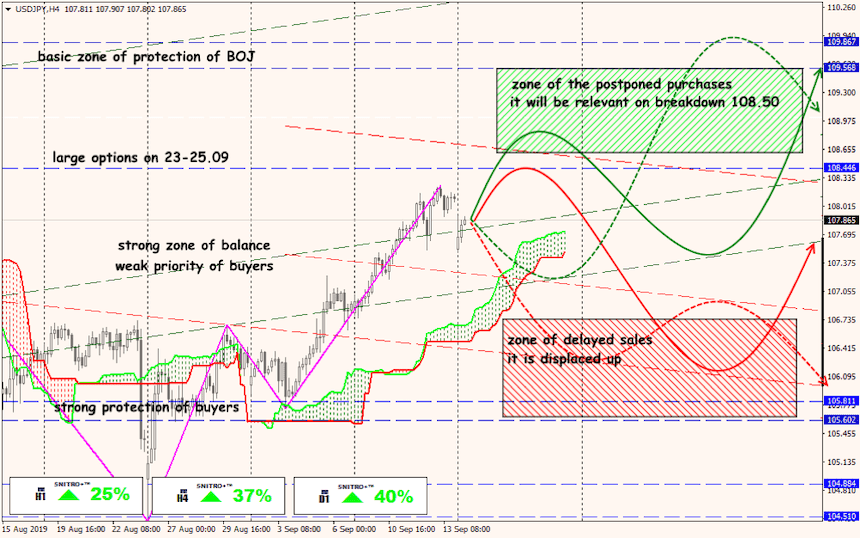 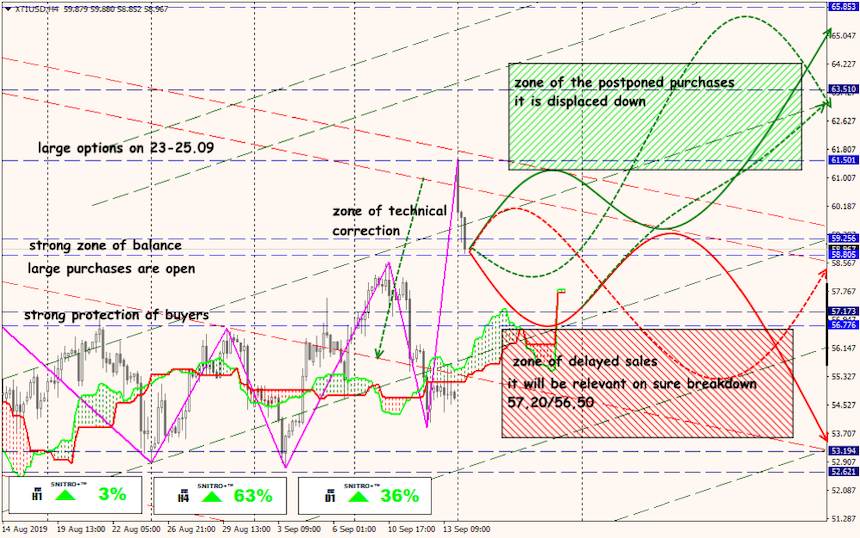