Knock it off, save the ratings! ... but there is no money for this

In the USA − protests, the sick and Trump; in Europe, Merkel’s online promises; in China − a new strain of COVID-19. Politicians have entered the struggle for trust, while the electorate itself is simply trying to survive.

In the US, a scandal is developing over the book of John Bolton, which will go on sale only tomorrow, but everyone is already familiar with the author’s opinion that «Trump is completely unsuitable for work as president». The former comrade-in-arms began to write a book immediately after his dismissal and clearly has someone's strong political (and financial!) Support. The range of possible enemies − from Joe Biden and the Democrats to China, which is ready to do anything to prevent Trump from being re-elected in November 2020. The goals are understandable, the losses are not read.

Trump resumed his campaign, suspended with the outbreak of the pandemic, and held a rally in a half-empty stadium. He promised to «cancel» all viruses, punish China, protect Germany from Russia, and in passing, «crush too talkative Bolton.» Specialists have to deal with economics, but this is not bad.

The head of the Fed said a lot but said nothing new, which caused a short-term fall in the stock market. There will be no negative rates since the US economy will need a soft monetary policy for a long time. The Fed does not intend to monetize the US government debt, T-bills purchases are made only to maintain the normal functioning of the markets, but maintaining a target on T-bills returns is quite possible. Jay noted strong growth in retail sales and did not rule out that the recession in the US could be deep, but short-lived.

At congressional hearings, Powell for the first time allowed himself to aggressively respond to a question about buying corporate bonds, saying that the Fed intends to reduce the size of purchases as soon as it sees that the functionality of this market has improved. However, the Fed's balance sheet declined last week due to the abandonment of dollar swap lines by foreign central banks.

Conclusion: the Fed is ready to launch new incentives with a guarantee of maintaining rates at current levels, but the time for the announcement of new incentives, their volume and duration depend on the pace of recovery in US economy. Current statistics from COVID-19 (about 2.4 million infected in the US) suggests that the Fed will have to activate much earlier than politicians and analysts expect.

The main problem of the EU is that the lack of consent of one country sends any idea into the trash, even if no one doubts its importance for the future of all of Europe.

The next online discussion of EU leaders did not bring concrete results. Merkel believes that consensus has been reached on the structure of the recovery fund (the balance of grants and loans), but the discussion of the details has been postponed until the European Union recovers. It is estimated that the necessary €750 billion should be taken from the commercial capital market; It’s planned to return this tremendous amount until 2058 (!!!) by increasing taxes, which should go directly to the treasury of the European Union, bypassing the budget of the countries in which they will be charged. The EU has no real experience of such operations yet.

The topic of the restoration fund will be a priority during the German presidency of the EU in the second half of 2020, so there is a weak chance that the face-to-face meeting will be more productive. Buyers are in no hurry to get rid of the euro; the main thing is that the second wave of the pandemic does not force to cancel such an important summit.

Progress in the subject Brexit no, although it is now in its fourth year, ravaging the British Treasury. Online meeting Johnson with the EU leadership has not brought any results; according to the head of the European Commission, the parties have not reached «even the middle of the road». The intention of Johnson to make a deal before the end of July look sick imagination, especially since the European Parliament adopted its recommendations. The basis for further dialogue remains a Political Declaration that the parties agreed last year, and full implementation of the agreement on Britain's withdrawal from the EU, including all additional protocols.

The BOE maintained interest rates, the volume incentive program was increased by £100 billion, the accompanying statement was rather optimistic. The reduction of rates to negative values with control the yield curve at this meeting were not considered. Bailey held a private press conference, was published only «purified» from strong negative comments. By the way, the national debt of Great Britain for the first time since 1963 exceeded the level of 100% of GDP.

Pound chose to take StopLoss speculative purchases, but in the end, surely turned down, and, apparently, for a long time. Statistics of retail sales pleased the analysts, but right now any increase in prices should be seen as a reason to open a new sales.

The current week is preparing the markets for a key period from 29 June – 3 July, but an important bit of statistics:

Talks between U.S. Secretary of state Pompeo with Beijing routinely failed on Thursday, China goes away again for the weekend and will not spook the markets for a week. Information activity of the fed is not scheduled, nothing new until the publication of the next NFP we'll never hear from them. The ECB on Wednesday will hold a standard meeting, the minutes will be published on Thursday, comments Lagarde, but no surprises. 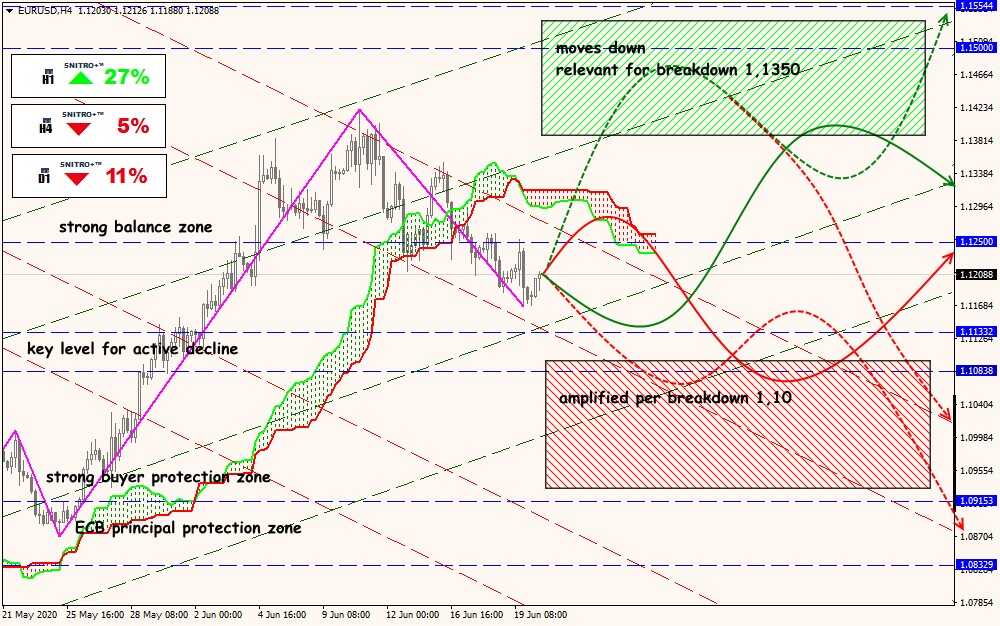 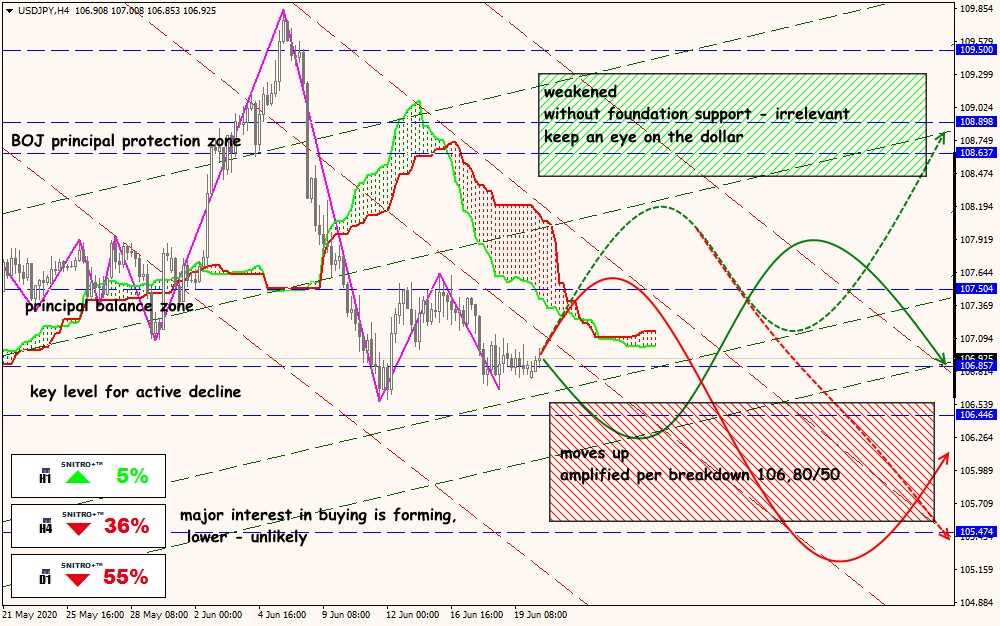 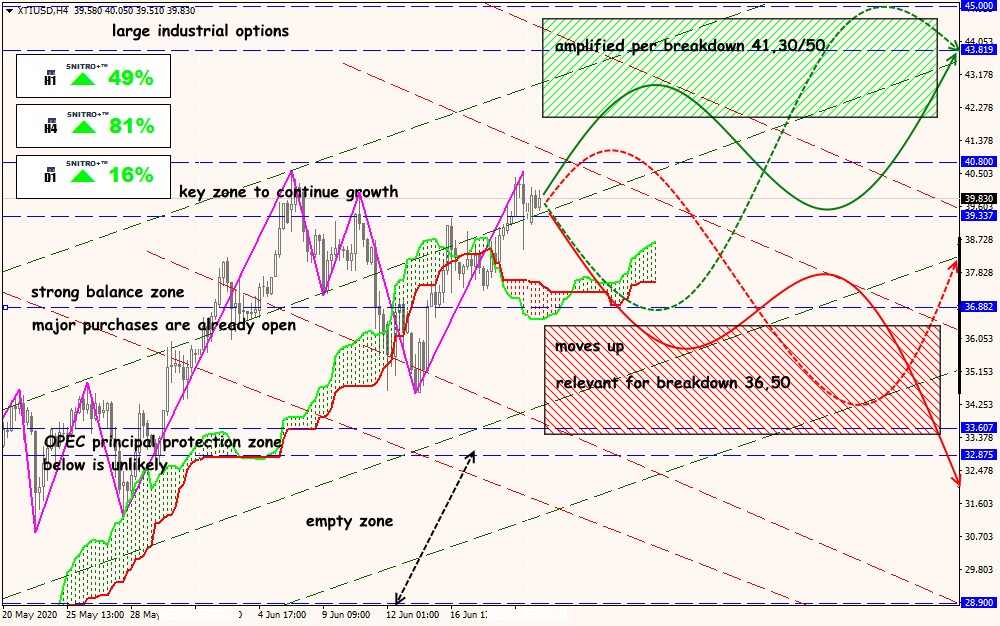