Global impeachment and its «friends»

The USA-China, FRS, the ECB and Powell in Jackson Hole have fallen short of expectations of speculators.

The main drive in the market is provided by Trump for whom Mueller prepares the next bomb. Australia has replaced the Prime Minister, and Britain looks for money for «a rigid divorce».

FRS has highly appreciated dynamics of economy and completely supports policy of slow increase in rates. Focus of attention was held by a discussion on trade tension, manipulation with yuan and also falling of the foreign stock markets. The publication of the protocol has coincided with the beginning of the trade consultations with China so the moment of decline of dollar has been postponed until Powell's performance.

Head of the Federal Reserve actively (not aggressively!) protects increase in rates not to allow overheating of the economy and creation of speculative bubbles though some pressure of Trump upon Jerome's opinion is felt. But the main thing is told: FRS works correctly, slowly raising a rate. The cycle of correction of rates comes to an end, but!.. If inflation doesn't grow higher than 2% on a steady basis and growth of salaries will remain lower than 3%, then FRS will raise rates to neutral level and will pass into the pause mode. Key points − September and December current year – are kept.

Euro can appear under the descending pressure due to another conflict Italy-EU. The government of Italy has convened an extraordinary meeting of European Commission on migrants, having threatened in the absence of the decision to stop payment of contributions to the budget of the EU since 2019 of €20 billion. On this background Fitch is ready to postpone the decision on possible rating downgrade of Italy until publication of the draft budget for 2019.

Trump has promised to increase purchases of state treasury bills of Italy next year, but the source of financing of similar operations in the budget of the USA isn't stated, the help of China is also doubtful. So Rome shouldn't wait for monetary support in fight against «expansion of the EU». In the next weeks Italy will remain in market focus, any aggravation of a situation will lead to steep decline of euro.

Risks of an impeachment surely increase in the USA: after charges to two assistants to Trump on the agenda − the main person involved, the proved president's lie – very strong argument against Donnie. Democrats and opponents of the president feel blood and block Brett Kavano promotion in the Supreme Court, the Trump`s appointee. Purpose: at any cost November intermediate elections to establish control over the House of Representatives and the Senate, then it will be possible to collect votes more than 67 senators necessary for Trump's discharge from the power. Nevertheless, Trump's charge till 6 November is improbable as too active pressure of democrats upon the current president can cost ratings to them.

Trump has weak line of protection therefore it is necessary to be focused on foreign policy and to choose the additional victims, except China, Iran and the EU. For example, after Trump has joined in the brisk debate on a land reform in the Republic of South Africa, the rate of the South African rand has significantly sunk, distracting attention of developing markets.

Consultations of the USA-China have taken place without signs of progress, the disappointment from China was strong, despite low expectations of success of negotiations. Understanding that China has initially begun trade war with a position of the loser, Trump has once again said that the tariffs entered against China have improved a condition of the American economy. Achievement of arrangements prior to congressional elections is improbable; the probability of the following global increase in duties on $200 billion has only grown.

The strong pressure upon protective assets isn't observed so far, but the National Bank of China has been forced to correct a technique of fixing of a daily average point of yuan to keep the foreign exchange market stable. It is necessary only to believe rumours that this Asian visit was preparation for «big truce».

Game of nerves in the Brexit subject continues. Dominique Raab has said that Britain is ready to allocate £3 billion in addition in case of a failure of negotiations with representatives of the EU that looks not really appropriate blackmail of the European Union. The British government has published the first package of instructions on a country exit case from the EU without the conclusion of the transaction. The bilateral working group has started dialogue, however the main events will be developed in the fall. Before obvious progress in negotiations the strong growth of pound is improbable.

As the protocol has shown, all structure of the ECB is quite happy with reaction of the market to end of the program euroQE; concerning Turkey the wave of risks has subsided, but banks of the Eurozone continue to take a hit. It is possible that the ECB will reconsider terms because of risks of trade war, anyway, investors will be inclined to sell euro before a meeting on 13 September and the publication of the Italian draft budget for 2019. A little more news briefly:

Till NFP on 7 September performances of FRS members will have weak influence on the markets. Current week we pay attention: USA – trade balance, wholesale stocks, GDP for the 2nd quarter, inflation of consumer expenses, personal income and expenses, a research of moods of consumers according to CB and Michigan; on the Eurozone − the IFO inflation index of Germany and unemployment rate for August. China will please the markets with the PMI in the morning of Friday. 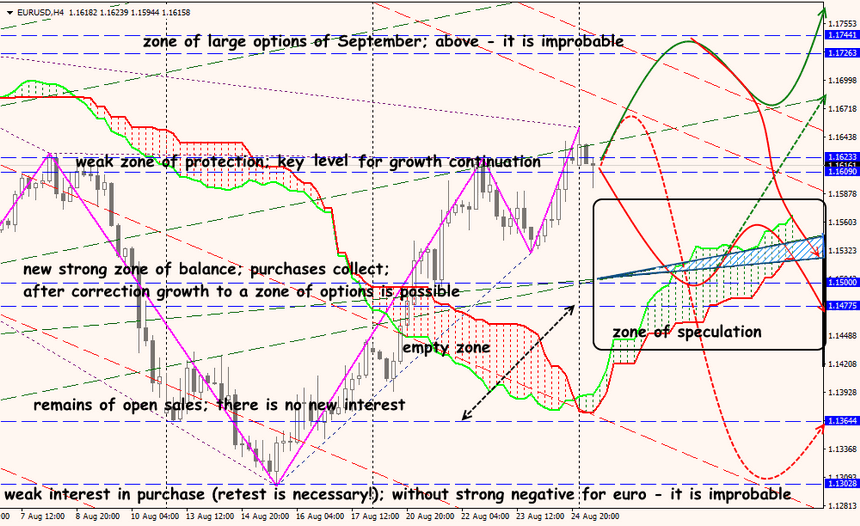 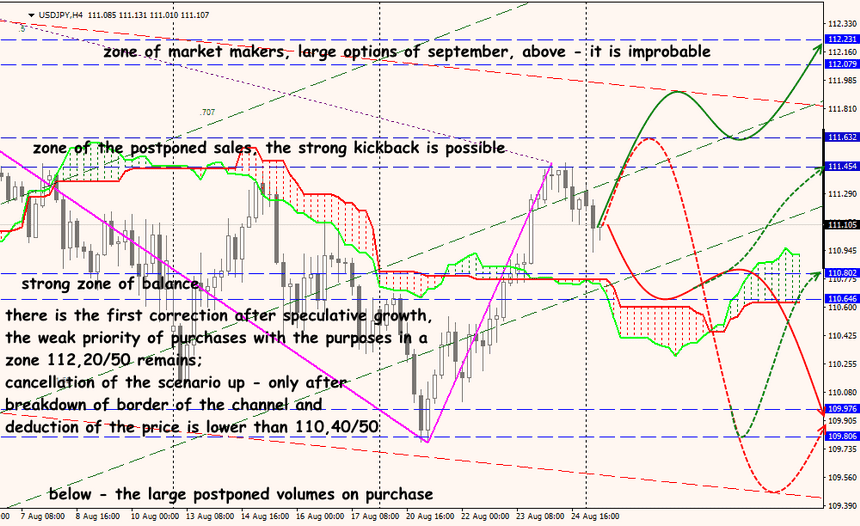