The Brexit process is officially closed; Trump is preparing a campaign speech; Coronavirus is crushing boundaries and oil is breaking new lows. There is less optimism in the market.

The main theme of last week, of course, is British.

Commemoratives in honour of Brexit were sold out in a matter of hours − the Royal Mint barely handled the orders. UK and EU begin to live separately, but a hangover after the festive banquet prevents assessing the prospects.

Scottish nationalists throughout this «transitional» year will actively stimulate disagreement and discontent. The latest YouGov poll showed that the number of supporters of the Scottish secession for the first time since 2015 exceeded the number of opponents. The problem of Northern Ireland has not been resolved; Analysts believe that the Irish Sea trade border is too clearly pushing the rebel territory to merge with the Republic of Ireland.

The EU expects Britain to have to conclude a free trade agreement that will be even tougher for British businesses than WTO standards.

But, according to Eurosceptics, Brexit will allow London to conduct trade negotiations with third countries − such as, for example, the USA and Australia. And if successful, new transactions can take effect at the end of the transition period − at the beginning of next year.

Today Barnier will announce the EU's preliminary mandate for negotiations with Britain, but at the moment, but at the moment the positions of Britain and the EU are absolutely inconsistent. Johnson’s stubbornness may ultimately lead to the London-Brussels trade agreement resembling a no-deal scenario. The pound hoicked so actively a couple of minutes before the BOE's decision to keep the rate running was published that the idea of the insider being drained is beyond doubt. Someone clearly made a lot of money. Now the new leadership of the central bank promises to raise rates in the event of a confident recovery of the economy and with the favourable development of trade negotiations between the EU and Britain. That is, no specifics again. The first speech of the new head of the BOE Bailey could lead to strong movements in case of unexpected language. We carefully study the data on PMI of the industry and service sector.

The FRS's interest rate has been maintained, the rate on excess reserves has been raised by 0.05%: it is obvious that this step is caused by fear of rising inflation with a sharp increase in the FRS's balance sheet. The FRS's accompanying statement is being tightened on inflation. Household spending estimates were also lowered, which was subsequently confirmed by US GDP for the 4 quarter. The press conference focused on further liquidity injection policies.

The stock market accelerated the fall in regard to coronavirus and after the publication of weak US economic reports. Now any steps to end the QE light program will be considered by Trump as an attempted insurrection, so it will be possible to really assess the FRS's actions after the first quarter.

China's official PMIs were close to forecast, but there was no market reaction because these polls were conducted before quarantine began. The Chinese government is discussing measures to force-majeure regulation of trade volumes, which confirms the worst fears of investors about a possible violation of the «first phase» agreement on the purchase of US products.

It is unlikely that Trump will activate his threats of increasing fees since the old negativity of his election show is not needed.

According to Bloomberg, damage from coronavirus will already cost China a 1.4 p.p. decline in GDP in the first quarter. The economy could slow to 4.5%, as millions of people are simply locked in quarantine indefinitely.

China publishes PMI on Wednesday, and a trade balance on Friday, but a reaction to that data is unlikely. China's stock markets have opened with a fall, but an infusion of liquidity and forthcoming fiscal stimulus should limit flight from risk.

US and EU trade negotiations will begin this week in Washington, with the progress of the euro will receive a strong driver for growth.

The U.S. Senate voted against calling witnesses, even though (according to polls) 75% Americans think that such a move is necessary for the impeachment process. The final vote on Trump's «acquittal» will take place on Wednesday.

Trump will deliver the message to the nation in the US Congress on 4 February. In fact, this will be his first campaign speech. Donnie plans to brag about a trade deal with Canada, Mexico and China and will call on Congress to take action on health care.

Not very active comments by Fed officials in a situation of weak NFP are possible. Lagarde will speak three times: today in Germany, but the text of the speech is not officially available; on Wednesday before the press, but not on monetary policy issues and Thursday before the European Parliament.

The coronavirus epidemic is causing enormous damage to the oil market, with a critical level of $ 53-51,50 almost passed. The OPEC + committee plans on February 4-5 to condemn the postponement of the meeting from March to February, but this is unlikely to improve the current situation.

The next NFP will be evaluated by the quality of ADP and ISM reports: the growth of the number of new jobs and the dynamics of wage growth is important. The report with the increase in the number of jobs below 75К against the background of the increase in unemployment rates with wage growth of not more than 2.9% y/y will be considered sharply negative. Dollar growth with strong data is recommended to be used for sales. Apart from the NFP, pay attention to the trade balance, PMI and ISM of US services, Eurozone industry and services PMI for January. 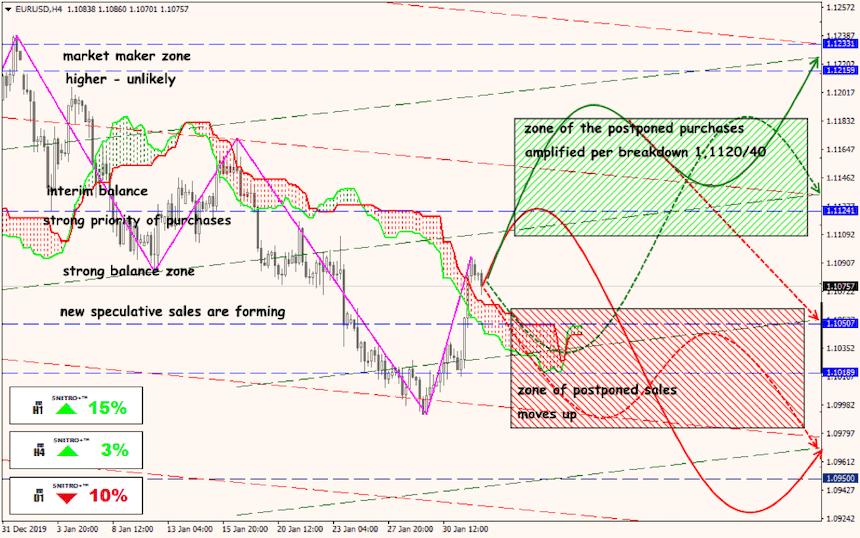 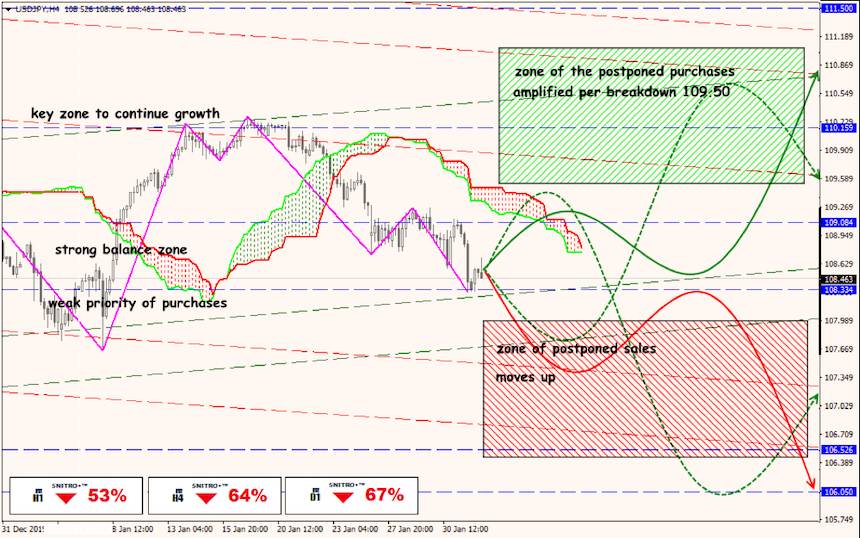 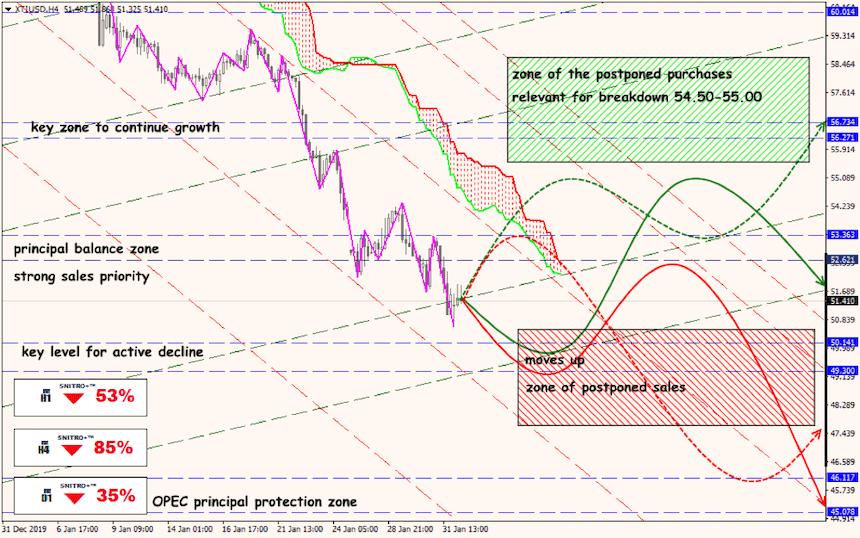