Fed vs Dollar: a game without trumps

Powell pleased speculators – long ago the Federal Reserve System did not make a somersault back so fast.

NFP left confidently strong; there is no positive on Brexit, as well as progress in a trade war with China. Tomorrow Trump will perform with one more show in the Congress.

After the meeting of FRS, even oil decreased on suspicions that the real situation in the USA is much worse than the actual figures show. At a press conference, Powell consistently handed over all items which in December considered unshakable. Specific actions regarding the rates are foggy, assessment of the balance of risks for prospects of the economy is removed from a technique of the analysis, the impact of the growth of labor market on inflation decreases; return of the QE program is not excluded. Expectations regarding the rate to 2% at the end of 2020 decreased.

Attempts to deny Trump's influence on FRS looked weak. Trump in the next months will be busy with problems with China, the EU, Japan and adequacy of the dollar exchange rate to the current market will be discussed in each trade agreement. FRS can hold «pause» before a June meeting then has to give the accurate step plan until the end of the year. So sharp correction of monetary policy is fraught with a strong negative in the middle term, but in the next month, it will be possible to earn on comments and statistics on the dollar.

Postponement of Brexit date is almost decided, at the moment the EU sent May with its new «old» plan to agree with the leader of opposition Corbyn. May is ready to promise to hold early elections to parliament (previously − on 6 June) if the opposition supports the current version of the agreement, in case of confirmation of this idea we wait for a strong negative for pound.

Current week Tusk and Juncker will visit Ireland, and it is quite possible that the country will refuse a part of guarantees concerning open border not to allow more problems in case of a rigid divorce. If no concessions then we wait for the next failure vote on 13 February and the subsequent transfer of powers to parliament on Brexit (on 14 February), and then the growth of pound is guaranteed.

The PMI of services publication tomorrow is of interest, there is not planned serious news from a meeting of BOE and Carney's performance.

Despite strong data, currency reaction to NFP was modest as after a demarche of FRS the number of persons interested to buy dollar is reduced. The main positive – growth of salaries and quantity of new jobs, despite the shutdown, disproves any reasoning’s on recession approach.

There is no official schedule of the publication of the missed data of the USA though ISM of the services sector, trade balance and GDP for the 4th quarter are stated. Also, durables and retails are expected. Regarding the Eurozone, we pay attention to PMI services of the countries of the union and the publication of new forecasts of European Commission. Correction of forecasts for GDP growth of Italy can cause the next wave of verbal discontent with the Italian budget.

After statements that any discussions about cross-border security and to the financing of the Mexican wall are useless, Trump stakes on the next threats of state of emergency. Also, the President demands to represent the two-party bill on infrastructure which will allow accelerating the growth of the economy of the USA with a view to elections in 2020. Discussions of other questions it is improbable – Trump does not plan to stay in the Congress longer than 1.5 hours as stated by the procedure.

Statements of figures from FRS is planned much, speculation on a subject of the refusal of increase in rates is possible. Powell will act on Thursday (1.00 CET), but the subject does not assume discussion of the policy of FRS. Insiders from the ECB are improbable as more than a month before the regular meeting. 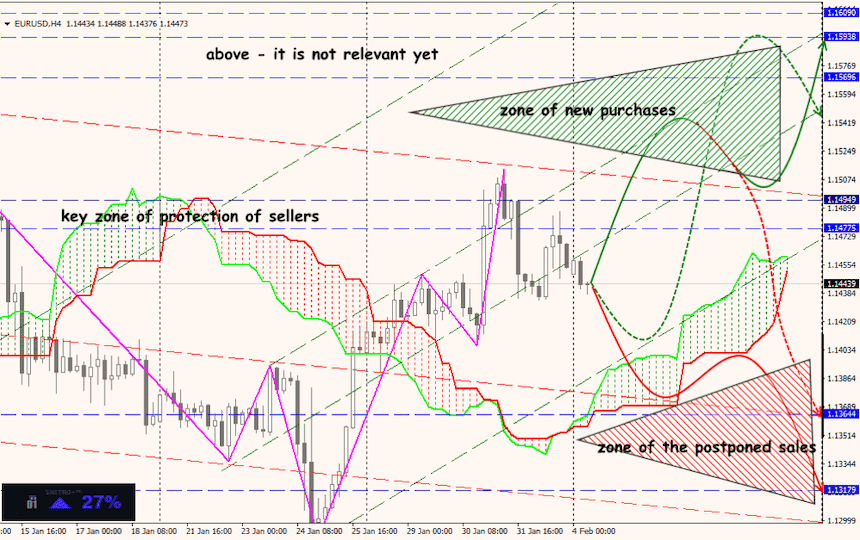 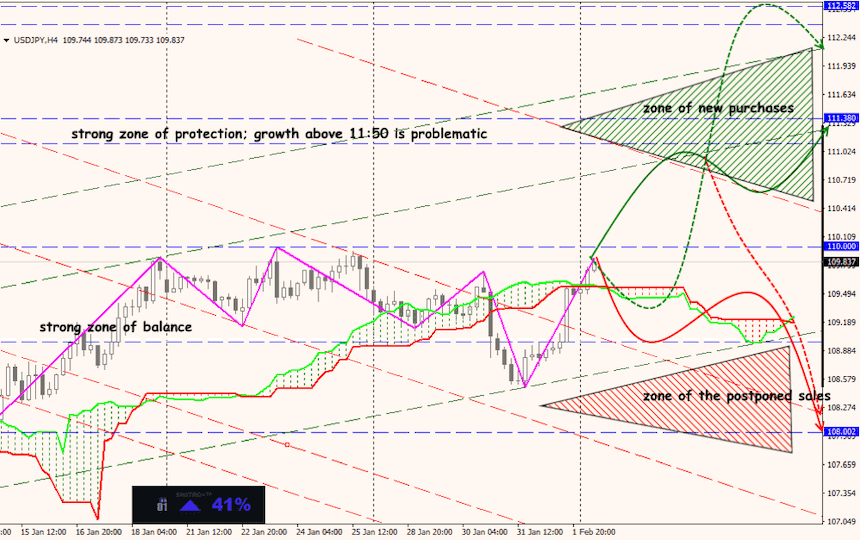