«Face to face» No progress to see

Strong NFP; protests in Hong Kong; failure of a new round of negotiations on Brexit. Assistance packages for the European and American economies are stuck on the sidelines of the European Council and the US Congress.

The U.S. House of Representatives unanimously passed a bill imposing sanctions on banks that deal with Chinese officials involved in curbing protests in Hong Kong. The United States is also preparing to impose long-delayed sanctions to punish Chinese officials for human rights violations against Muslims in Xinjiang. Trump has choices on his nose, so any chance is used to bite the enemy.

Labour market indicators, as well as US industry ISMs, turned out to be positively positive, but the reaction of the markets turned out to be weak. The Bureau of Labor Statistics acknowledged its own mistake in the classification, which led to an underestimation of the unemployment rate, data for May were revised upward. Most likely, the July report will be weak due to the disastrous state of the COVID-19 epidemic. So far, the NFP supports the Fed's idea of taking a break before announcing new incentives. At the same time, more than 19 million Americans now live on unemployment benefits − more than during the worst periods of the Great Depression. But after July 31, the duration of these crisis measures will end.

The FED protocol turned out to be completely neutral. Interest rates are maintained until inflation and unemployment thresholds are reached. The Fed considers the experience of the RBA in relation to controlling the profitability of T-bills to be most acceptable for implementation in the United States.

Powell’s rhetoric in speaking to Congressional Finance Committee was no different from earlier statements. The head of the Fed confirmed that at the current stage the FED has not enough information to announce new incentives, and without economic releases for the third quarter, discussion of the level of rates is simply inappropriate. The Fed's balance sheet continues to decline as dollar swap lines with central banks of other countries are abandoned.

Merkel presented the programme of the German presidency of the EU until the end of 2020. The main thesis: Europe should more actively take on global responsibility and reconstruction Fund, the EU will become a priority in the «German» period of activity of the EU. The statement sounds very ambiguous, considering that last week he and Merkel confirmed that the differences in relation to the recovery Fund of the EU continue and the negotiations will be difficult.

The Prime Minister of the Netherlands Rutte said that the compromise on the recovery Fund is possible, but to hurry with the decision of the rapid progress problematic. Today the Netherlands will be visited by the President of the EU, Michel, and on Thursday Rutte will visit Germany to meet with Merkel. If these meetings do not lead to a levelling of differences, the agreement on the recovery Fund of the EU on July 17-18 will be threatened.

Fresh economic reports (GDP for the first quarter, the business activity index for the service sector) was quite optimistic. Bailey's performance is assessed as neutral BOE who cut rates to negative values, and these two factors are actively supporting the pound.

A new round of debate with the EU «face to face» ended traditionally – nothing. The subject of the discussion remains only the option of «hard» Brexit, which can be implemented in 2017. Statements by the representatives of the EU and Britain were almost identical: both sides are counting on a breakthrough in the next round of negotiations after July 20. The UK has started to lift restrictions on business activities and opens doors for foreign tourists. July 10 country freely accepts foreign nationals from 50 countries, the requirement of quarantine is maintained only for visits from the United States.

This week the Ministry of Finance of Britain Sunak will announce a package of fiscal incentives to support the economy, short-term speculators will get a new chance to earn.

Chinese stocks are actively growing published on Friday PMI of the services sector showed the index growth to the highest level in 10 years. Performance of the production industries also exceeded forecasts.

China has stepped up purchases of corn, which can be considered a result of another Pompeo meeting with Chinese officials. The adoption of a new national security law of Hong Kong took to the streets thousands of protesters: the provisions of the document went beyond what was expected and speculators, and democracy activists, and even politicians loyal to Central China. Beijing officially called on the US, UK and Australia to stop criticizing Chinese laws, and Prime-Minister Johnson received diplomatic threats in response to the idea of Great Britain to make almost 3 million refugees from Hong Kong. Unfortunately, the majority of mainland Chinese investors believe that the protests have to stop and are even willing to informally Fund the punitive measures.

This week pay attention to the statistics:

Lagarde will participate in the Eurogroup meeting on Thursday, but statements are expected Thursday in the ECB will start the week of silence before the meeting on 16 July. By the way, new banknotes of €5 and €10 which will go into circulation this week for the first time appears the signature of Christine Lagarde. Like the joke of analysts, while the economic effect from the signature of the ECB President on the banknotes is much higher than from her own signature on documents of the European regulator.

Figures from the fed will talk a lot, but the decision about new incentives, to be decided before the September meeting, so their talk is not interesting. 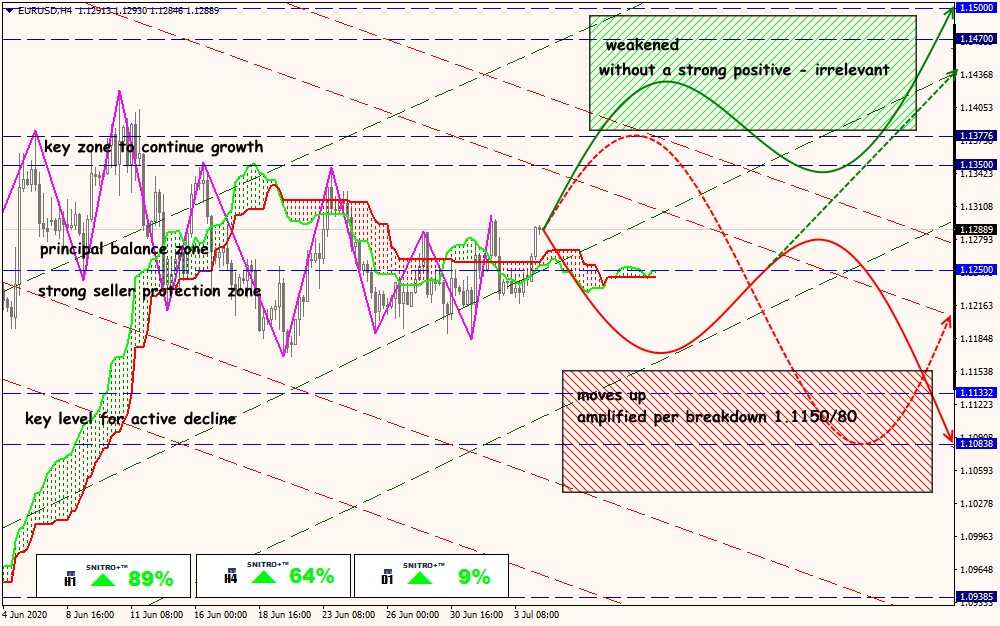 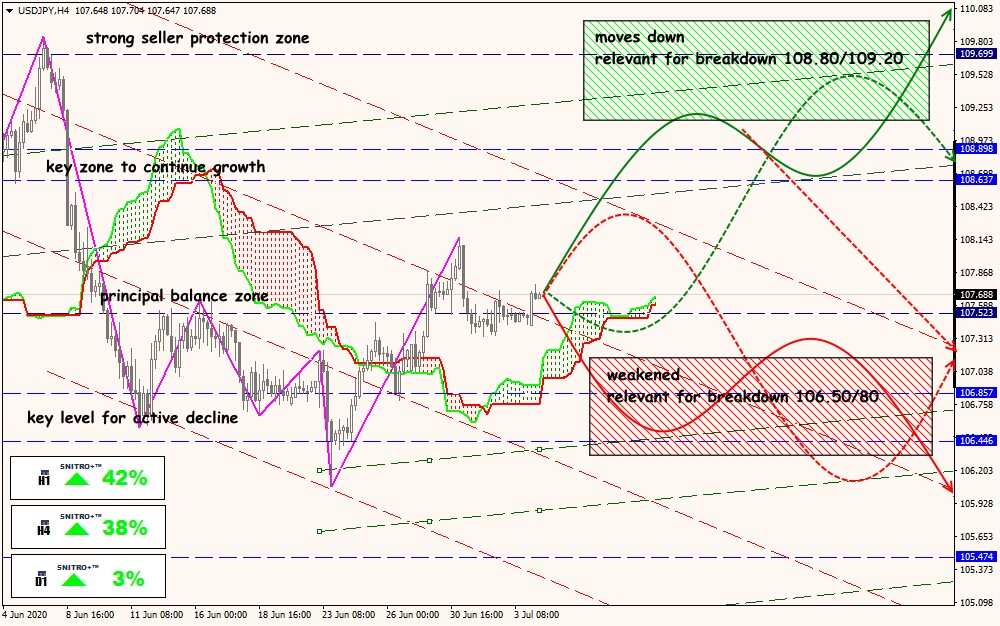 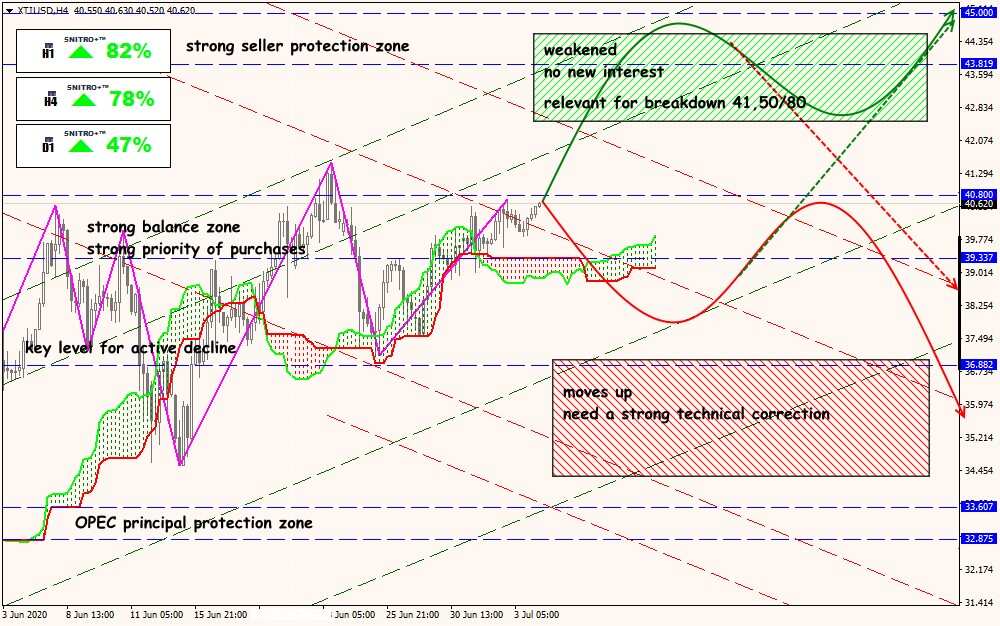