Epidemic is developing, but the market is still stable

The ECB left the policy unchanged until the US presidential election in November, but a global review of the strategy has been announced. The press conference of Lagarde disappointed. The new head of the Central Bank is not an economist, perhaps that is why many questions were not answered. The assessment of economic growth and inflation is positive, the balance of risks is considered downward, the level of reserves of banks exempt from the negative deposit rate is not revised. For the ECB, a weak euro is now preferable to a strong one.

The US-China deal reduced European risks, the meeting between Trump and the head of the European Commission in Davos was positive, Ursula von der Leien will visit Washington in February, and the new positive is quite real.

By the way, the regional elections in Italy did not live up to the hopes of a coalition crisis that Matteo Salvini was trying to provoke with his «Northern League». Salvini wanted to turn the vote in Emilia-Romagna into a nationwide referendum on the ruling coalition Five Star Movement, arguing that if the right-wing parties were victorious, the need to change the government would become apparent. Alas, the province of Emilia-Romagna remained "left." The southern region will go to the representative of the right-wing forces, and in the north, the leader of the ruling Democratic Party is in the lead.

The meeting on 29 January will be neutral, with no new economic forecasts and no rate changes. We will have a brief accompanying statement, which should be optimistic about the growth of the economy, Powell will answer questions from the media during a press conference. We focus on Powell's rhetoric regarding further purchases of US T-bills and operations to increase dollar liquidity. If Powell reports his intention to buy longer-term US bills, the stock market will gain momentum for growth and the dollar will collapse.

Trump said in Davos that he expects to conclude a trade agreement with the EU before the presidential election, otherwise raising EU auto duties by 25% cannot be avoided. The media perceived Trump's rhetoric as the opening of a new trade front like China, but Donnie has no way of putting similar pressure on the EU − rising duties on EU imports will be devastating to the election results in November.

The process of impeachment of Trump in the Senate is boring, there is an easy dive with weak facts in the style of «whoare they to judge us?». Republicans won in the first round, rejecting Democratic amendments, but the main battle with witnesses is still ahead. Most experts believe that the impeachment procedure will not have a special impact on the 2020 elections. The American voter is more interested in the quality and standard of living under a president, and the violation of the principles of democracy due to personal interests concerns him much less.

The Queen signed the Brexit law and in 5 days Britain and the EU will break up officially. This event has so far pressed the market only morally − a very tolerant transition period reduces investment risks. Old trade ties, norms and rules are still in place, but all global problems for Britain are just beginning.

London has been losing huge amounts over Brexit for three years and losses will continue this year. Johnson is ambitious to promise trade agreements with the EU, the US, and Japan before the end of the year, moreover, British media claim that the Prime Minister, who is not sophisticated in international trade battles, is threatening to use Trump-style blackmail. If the European Union does not compromise, Johnson is ready to raise duties on French cheese by 30% and on Germany's auto by 10%. But the EU has enough leverage to retaliate against Britain, and such primitive threats are usually not effective.

Unless there are any political conflicts, the pound may feel relatively calm in the next 2-3 months. Last week's statistics came out strong, Carney obviously will not take a risk at his last BOE meeting on 30 January with a rate correction. Exchange rate growth while maintaining the rate will be limited, and the market reaction depends on the balance of votes. In the middle term, trade negotiations with the EU will be a priority.

This week we pay attention to US GDP for the 4 quarter, inflation of consumer spending, statistics of personal spending and income. For the Eurozone − Germany's IFO index, consumer price inflation and Eurozone GDP for the 4 quarter. China will return from the weekend on Friday and please its PMI. The FRS continues its «silenceperiod». The FRS will hold an open hearing on Volker's rule on 30January. Eurozone economic data remains more important than ECB member rhetoric. Reports of the spread of coronavirus in China and progress on cure will continue to be a focus. 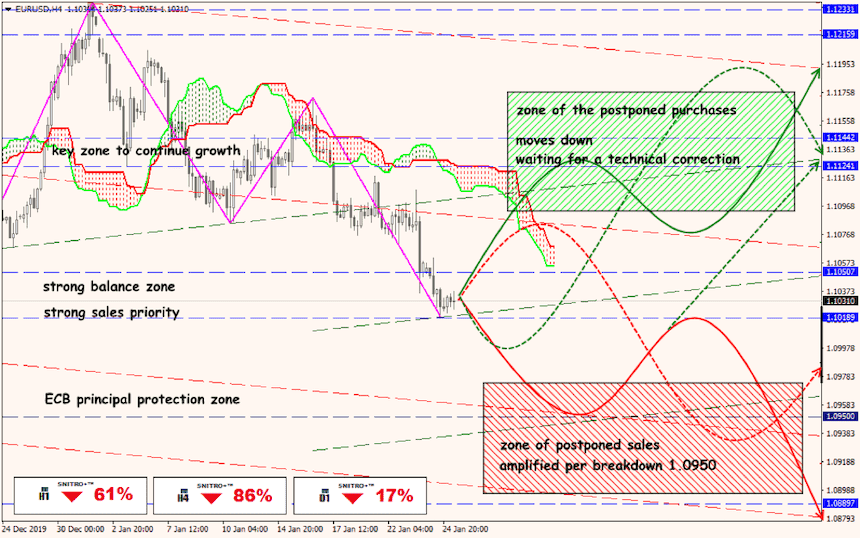 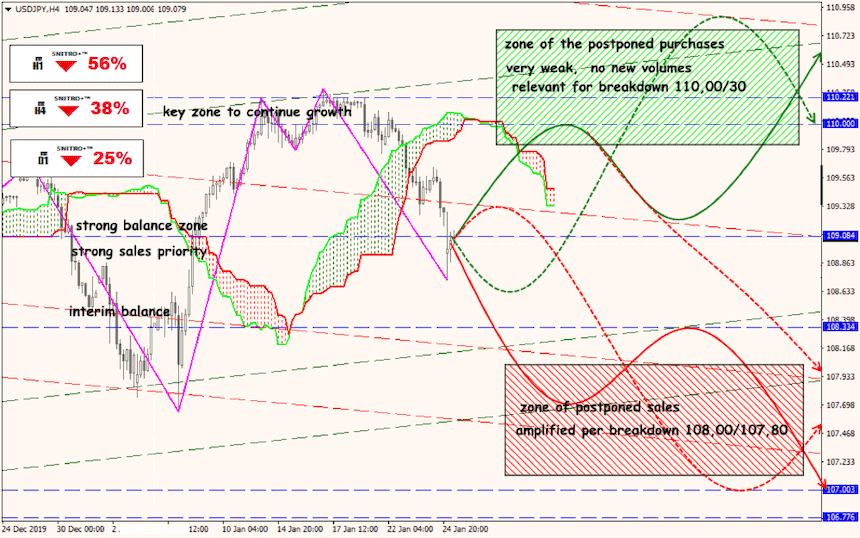 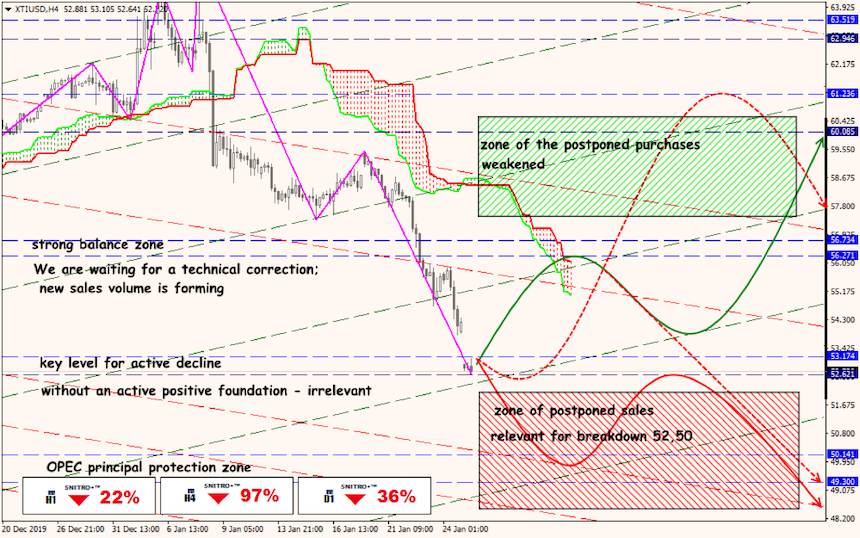