Diplomacy of threats is inefficient, but the market after all wants war

FRS reduces a rate; Britain and the EU continue mutual blackmail; Powell risked to disappoint Trump again. China holds a blow and prepares for the attack.

Painful points of the market only three:

Fed, as promised, corrected a rate for 0.25% to the range of 2.00%-2.25% (further decrease is improbable) and also changed correlation in the markets, having tied decrease in a rate to trade wars. The refusal of reduction of balance since August 1 (for two months before term) is probably connected with a need for an increase in dollar liquidity for control of growth of the dollar. At the moment FRS not against a decrease in rates, but expects to make it on the conditions.

Alas, the Fed chief was unable to clearly explain how a one-time July rate reduction could help achieve the inflation target of 2.0% and level external risks. Powell was especially uncomfortable after the active comments of his former «star» colleagues (Yellen, Fisher, Dudley, Kocherlakota), who believe that a rate reduction with a steadily growing economy and a rising stock market is nonsense. Jay was not ready for a strong negative market reaction, but there was a dangerous gulf between the public opinion of investors and the fact that they included in the price.

After the disastrous press conference of enthusiasts for the dismissal of Powell has become much more. In the next 2-3 weeks, key comments for the dynamics of the dollar will be comments by Fed members who will try to explain to the markets the next steps in the topic of interest rates.

Johnson is still confident that the ultimatum is the most effective form of diplomacy. Ignoring all contacts with EU leaders without abandoning the already agreed conditions on the Irish border sharply increases virtually all British risks. Scheduled negotiations (during the G7 summit on August 24-26) between Johnson and Juncker may well take place, but are most likely to be useless. The European Union does not expect a change in Johnson’s policy until the Tory Party Congress in early October.

The probability of leaving the EU without an agreement is already estimated at 35-40%, the chance for a deal after a possible next delay is no more than 25%.

Apparently, Johnson is betting on the last round of blackmail − at the summit of EU leaders on October 17, and will try with a clear threat of a hard way to get serious concessions. Alas, the aggressive British leader is already late: the EU is already preparing a draft communique of the summit, in which the blame for the dangerous Brexit will be entrusted exclusively to Britain. Time is working against Britain.

BOE postponed until September the development of crisis measures in case of a hard Brexit, but such a sharp drop in the pound frightened the Central Bank and the accompanying statement seemed more negative to the markets. The GDP growth forecast for 2019 and 2020 has been lowered, but Carney declined to confirm a reduction in interest rates based on the expected increase in inflation due to the depreciation of the pound.

The US trade deficit with China reached a five-month high. Trump's trade war does not please, but maybe he just made a mistake with the enemy? Even without official comments, it becomes clear that the parties are still defending their positions, despite the formal desire to find a mutually beneficial compromise. Both sides of the US-China talks said they would meet again in early September in Washington, the current session of negotiations is assessed as negative. After a report by Mnuchin and US Sales Representative Lighthizer on negotiations with China, Twitter-Trump announced an increase in import duties on China for $ 300 billion from September 1. The 25% tariff on Chinese goods for $ 250 billion is also not cancelled.

Beijing believes that the new duties in no way approximate the conclusion of such a trade deal, which the United States waits. rare earth metals.

This week is expected to decide on Huawei, and if China starts to increase purchases of products of American farmers, Trump may cancel the new «nervous» duties. With a decrease in the degree of aggression in the US-China theme, a rise in the dollar should be expected.

The main data for the United States will be ISM services and producer price inflation, in the Eurozone − PMI services of the Eurozone countries. Today we are paying attention to the British PMI industry and a block of statistics led by GDP − on Friday. Asian and British factors in priority, at least until the end of September. 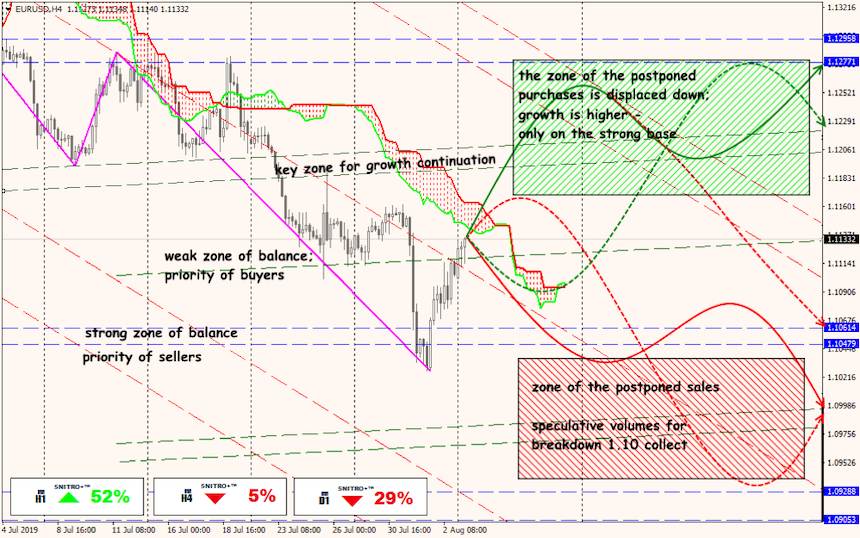 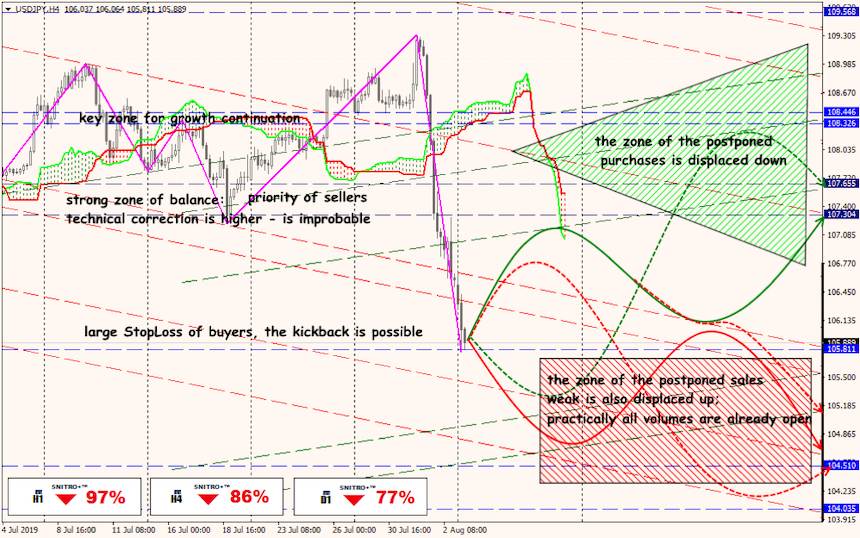