None of the global problems that are actively influencing markets has come close to a solution. A shorter trading week may become a reversal before the start of a global downtrend. The main theme remains trade wars.

Trump was optimistic after meeting with Powell and Mnuchin, but the markets did not believe this, because Jay reported first and there was much less positive in his assessment of the conversation. The Fed’s press release confirmed that Powell’s comments were identical to his statement to Congress and that the head of the Fed did not discuss his vision of monetary regulation with the president.

As expected, the protocol of October 30 came out hawkish. After the third rate cut, monetary policy will support the goals of stable economic growth, a strong labour market and inflation, until new statistics confirm common expectations. Fed members are concerned about the dollar, a long-term decision on REPO operations and the pace of the purchase of T-bills in the United States has not yet been made. Judging by how often Powell changed his mind, investors will focus solely on the dynamics of financial markets and intend to resist the further growth of the dollar solely by manipulating liquidity.

Alas, the insider report on the disruption of trade negotiations is practically confirmed, although China has announced an increase in fines for the theft of intellectual property. The main problem remains China’s demand for mutual cancellation of duties and the refusal of guarantees on volumes of purchases of US farm products. Trump's support for the Hong Kong Human Rights and Democracy Bill, as well as the intention of the U.S. Congress to legally ban US contracts with Huawei, have intensified the negativity of negotiations.

Donny ventured to declare that at the moment there is no agreement that he could sign. If there is no breakthrough within two weeks, the negotiation process will be extended to next year. Trump's advisers are opposed to raising fees on December 15, but their influence on the president’s opinion is minimal. China invited US representatives to Beijing, the visit may take place before November 28, but there is no response from the American side yet. If the invitation is accepted, we are waiting for an increase in risk appetite. China's GDP was recounted for an increase of 2.1% in 2018 due to the adjusted calculation methodology. There are no statistics for the region this week.

The EU representative said that Trump missed the chance to take an adequate decision to increase duties on car imports (the deadline was regulated by US laws); The EU needed to notify such a step of the decision before November 14th. An insider has been launched on the market that Trump is launching a detailed investigation into the EU’s restrictions on the sale of US products in its market, which, if there are such facts, will give the US leverage over the EU for at least the coming year. The euro runs the risk of being under heavy pressure for a long time.

Almost the first serious performance of Lagarde as the head of the ECB looked confused, the lady again called on European countries to increase fiscal stimulus measures but did not name specific goals. The intention of the ECB to decide on the launch of fiscal incentives after agreement with the governments of the Eurozone countries, most analysts regard as a fact of loss of independence of the Central Bank.

If Lagarde does not return to supporting negative rates and traditional QE, then this will be a strong positive factor for the euro, even if now the main market players doubt it. While the euro has shown a reaction only to the publication of the PMI, the markets need time to realize the changes in the policy of the regulator.

The rate of almost all assets involving the pound is tied to party ratings, polls show a weak increase in the advantage of the Tories. Nevertheless, the Johnson-Corbin debate marked a general decline in voters' interest in the Brexit topic, the public demands the opinion of leaders on a wide range of issues, which Corbin looks serious for now. Key player ratings could rise amid the failed rhetoric of liberal democrat leader Jo Swinson.

The probability of Brexit without a deal is minimal, but if Johnson fails to defeat his competitors, then there may again be no more votes for a final decision. The exit procedure risks taking another few months. Carney hardly manages to maintain neutrality until the Brexit decision, but in the event of another delay, the BOE will be forced to adjust the rate by at least 0.25%.

The services sector supported the downturn: the preliminary November service PMI fell to 48.6, the worst value after the 2016 referendum. Negative GDP, wages and inflation are expected in the first quarter. But all global prospects can be correctly assessed only after the election.

There are few statistics this week, but there are reports worthy of your attention:

Powell will deliver a speech on Tuesday (3.00msk). In the absence of new formulations, one should expect a wave of risk sales; in the absence of progress in trade negotiations, Trump's anger is guaranteed. US Christmas sales reports are starting to arrive. A thin market will begin on Thursday, with the availability of information from the US-Chinese front, strong speculation is possible. 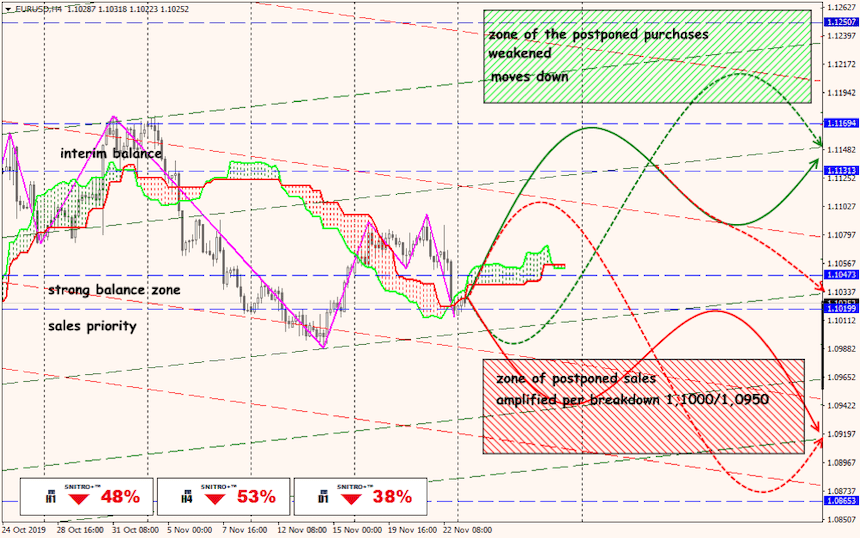 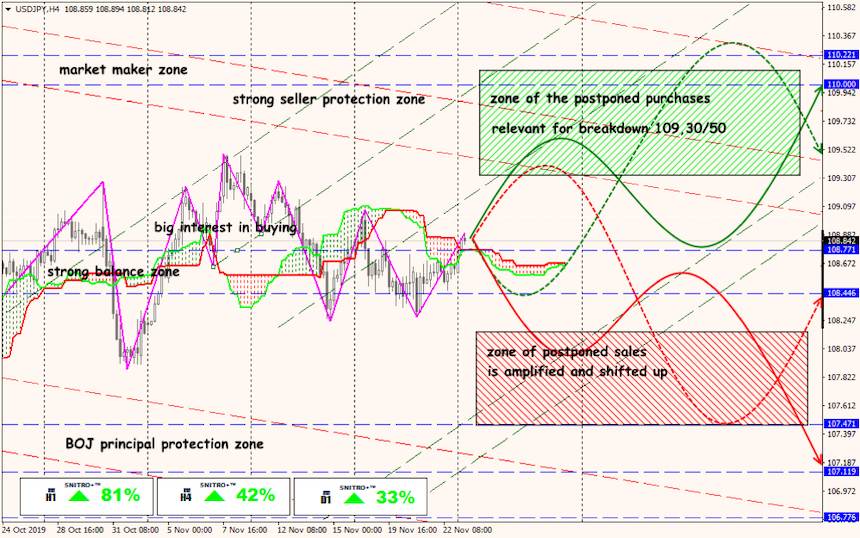 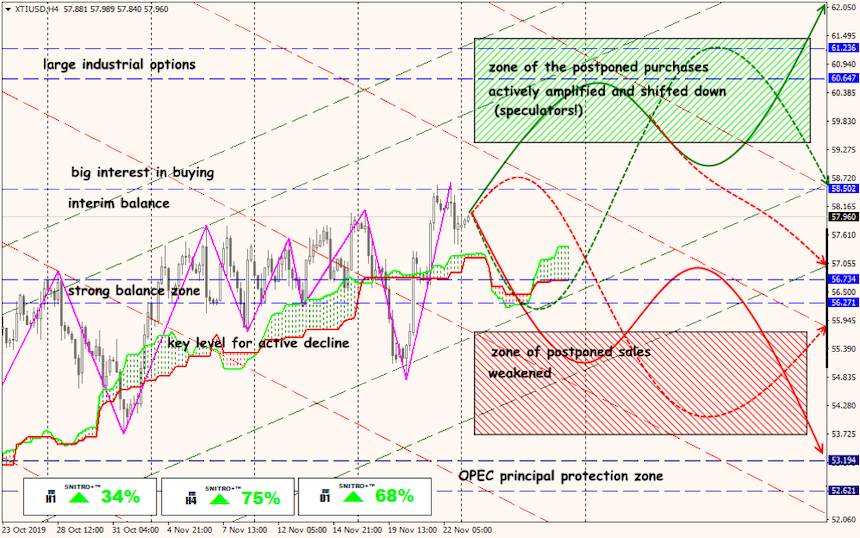