Democracy or Trump: elections without the choice

The next NFP has added optimism to the dollar; euphoria on new success in process of Brexit gradually weakens.

The American elections continue to hold the focus of attention and somebody expects on quite good bonuses from results.

The report on labor market appeared confidently strong, having confirmed the need of an increase in a rate of FRS at least to neutral levels. The «election show» which is coming tomorrow in the USA can be considered a referendum on trust, and it is, as a rule, bad news to the party controlling the White House. Every two years Americans elect the House of Representatives in full and 35 of 100 senators. It is formal, but in real people express the position to the person who hasn't got in bulletin − to Donald Trump.

Results of intermediate war for the U. S. Congress can stop two-year rally of the dollar. In case of a victory, the President has promised to lower taxes by 10% for the middle class, to turn «by the face to China», to grant to 8 countries a delay on imposition of sanctions for export of oil of Iran, to remove sanctions from Turkey, but! .. still may lose the majority in the lower house of the Congress though the overweight of Democrats can be insignificant.

If Democrats win the majority in the House of Representatives, but won't receive control over the Senate, the bearish pressure will be put upon the yield on treasury bonds and dollar exchange rate.

We will remind: so far tax reform remains the only legislative victory of Trump, but he managed to sign this document only because Republicans had a majority in both chambers of the Congress. For an understanding of the consequences of the result of congressional elections, it is necessary to consider intentions of Democrats in statements after elections, emphasis on a possibility of an impeachment to Trump. If Democrats obtain control over one or both chambers, they will manage to limit seriously possibilities of the President in the last two years of his term and also to begin a number of investigations, including business transactions of a family of Trump.

Besides, the final report of Mueller has to be released in the middle of November, but the main insiders will appear earlier. As of Saturday, more than 30 million voters have already voted ahead of schedule and by mail and this is a record activity in 12 years.

The delay with the final counting of votes for 2-3 days, and in case of claims in courts and for few weeks isn't excluded, but the markets will react to data of exit polls right after the end of the vote in all states. Majority of Democrats can only affect, for example, on new conditions of NAFTA, bridle Trump's protectionism, prevent to manipulate duties and political threats, being covered with national security. Anyway, you shouldn't expect an impeachment.

Last week the British and European negotiators have tentatively coordinated all disputed issues on the regulation of the financial sphere in Great Britain which, as expected, will meet the requirements of the EU. The British companies will keep full access on the European markets, but the question of the Irish border remains a stumbling block. Tomorrow May has to notify the Cabinet of Ministers on the achievement of arrangements − if gets the support of the majority, then the date of the EU summit on Brexit will be appointed.

Minister Raab has announced the planned signing of the preliminary agreement by November 21, the option of extension of a transition period isn't canceled yet. Energy to the pound is added by the rather favorable rhetoric of BOE: the Central Bank has noted the strong growth of salaries, accommodation character of the budget of the country and resistance of households to uncertainty near the Brexit and also signs of formation of excess demand.

And there is a little more interesting:

Comments of members of FRS on the delay of inflation against the background of acceleration of growth of salaries are admissible only on Friday. The traditional insider after the intermediate meeting of the ECB on Wednesday has to confirm the start of the new TLTROs series that, of course, doesn't compensate closing of the program euroQE, but partly will soften shock from the reduction of liquidity In addition to the political dances around Trump, the current week we pay attention to data of ISM of the service sector of the USA; on the Eurozone – final PMI of the service sector for October and also on PMI services of Britain with the publication today and GDP − on Friday. The meeting of FRS will be ordinary, increase in a rate isn't expected, following the results of a meeting participants of the market will receive only the brief accompanying statement. 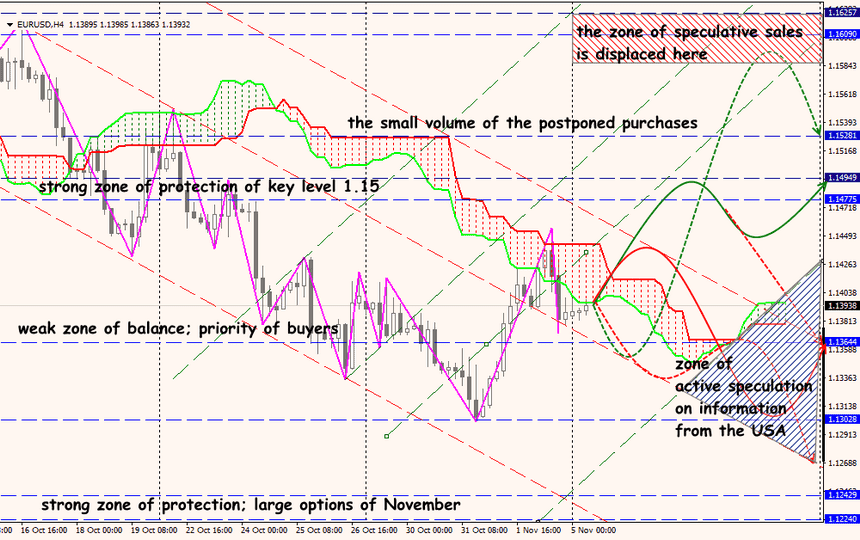 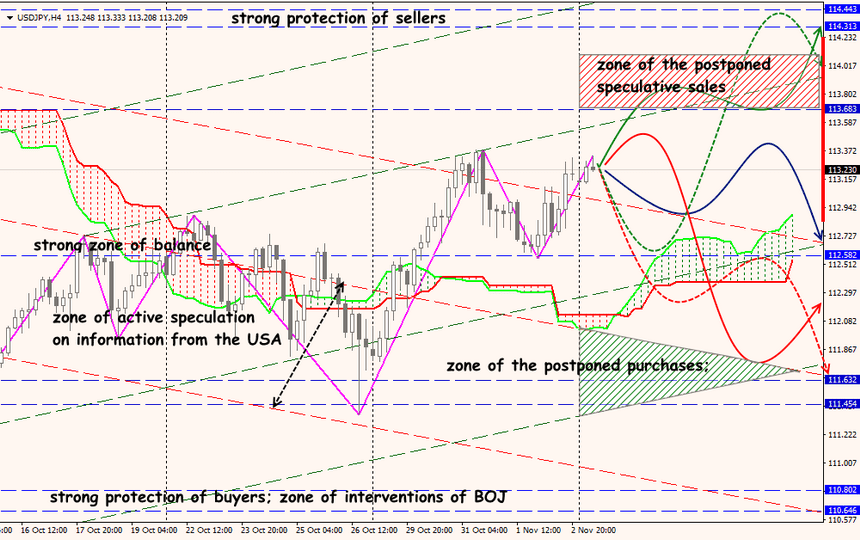