Trade aggression is giving way to real war. The provocation with the assassination of General Soleimani caused an escape from risk amid rising dollar. Iran’s response is inevitable, and the rest of the scenarios are not yet interesting.

Yesterday, Iran announced its refusal to comply with the nuclear agreement, and US Secretary of State Pompeo believes that now any steps against Tehran can be considered «legitimate.» The killing of Qasem Soleimani increases the likelihood of direct military action in the region. Sanctions against Iran will be strengthened and the risk of losing the current production of Iranian oil is very real.

However, Iranian leaders have always been strong strategists, not suicides, so the likelihood of hostilities is still considered low. The Iranian «response» can be implemented in various ways, including attacks on US embassies, attacks on their allies (for example, Saudi Arabia), as well as attacks on US military installations in the Persian Gulf. But if Iran dares to block the Strait of Hormuz, oil prices will soar to $100-150, and this could cause a global crisis worse than a local war.

Former Speaker of the House of Representatives and one of the most influential legislators, Thomas O’Neill, uses the famous phrase «all politics is local». Recall: a year before re-election, President Obama solved the problem with a confidence rating and internal party split by a successful campaign to destroy Al Qaeda leader Osama bin Laden.

So the risky and, as always, poorly substantiated, Trump’s demarche can be understood. Last year, Donald ended with a vote for impeachment, and there is no doubt that the Democrats planned all further steps, including blocking the issue by the Republican majority of the Senate. The main task − to create a negative image for the incumbent before the election − has been achieved. Also, impeachment became a New Year's «gift» for strong financial lobbies, the opinion of which Trump constantly ignored. The president is actively recruiting unskilled but loyal legislators into his ranks, forgetting about party discipline, which annoys many influential Republicans. The topic of impeachment is far from closed, the military conflict has already caused a political rebound, especially since the liquidation was planned on Trump's order and was not agreed with Congress.

Due to low liquidity, the markets practically did not notice the publication of the next protocol: the document confirmed the idea of downward risks for the growth prospects of the economy. The Fed postponed the discussion of a long-term strategy to mid-2020, hoping that in June the understanding of the growth prospects of the world economy will nevertheless become clear.

The rates have not been increased to the results of the presidential election, Powell will again try to negotiate with the market and drag out the time, ignoring the risks of rising inflation and falling dollar liquidity.

A preliminary assessment of the results of the year showed that China feels much stronger than at the beginning of 2019. Beijing announced a series of reforms aimed at modernizing state-owned enterprises, supporting the private sector, and ensuring the free movement of labour. These measures, along with guarantees to provide foreign companies with wider access to Chinese markets, will help offset the negativity of US trade aggression.

The situation in Hong Kong remains difficult. After 7 months of social protests, Beijing replaced the head of its administration: Luo Huining is considered a «tough» official, has to experience in «ensuring stability» in the troubled Shanxi province.

Trump said a trade agreement would be signed on January 15; the Chinese delegation can leave for Washington on the 13th, active comments are possible before the trip.

German inflation in December very unexpectedly accelerated from 1.1% to 1.5% y / y, which provides short-term local support for the euro. However, the overall trend remains negative.

European Commissioner for Trade Phil Hogan will arrive in Washington for trade negotiations on January 14-16, confirming Trump’s intention to switch to the EU after reaching an agreement with China. Hogan is unlikely to like the Trump team, because, from the first days of taking office, he openly criticized US trade policy, not restraining himself in expressions. Compromises are unlikely, Trump will intensify threats against the EU, which will also put pressure on the euro.

The troubled Brexit is again on the horizon, but now the British opposition will not be able to prevent it − the new parliament will support any idea of the prime minister. Throughout 2020, the European Union will have uniform European trade standards, until July 1, you can extend the «transition period» for another two years, otherwise after December 31, 2020, the trade rules «for third countries» will begin to work.

Johnson is still blocking the extension of the «transition period» and believes that 11 months is enough to agree on new trading conditions. Alas, no one supports such optimism in the European Union. European Commissioner Ursula von der Leyen travels to London only for general acquaintance and preliminary negotiations. UK statistics continue to deteriorate and the BOE may begin to adjust interest rates regardless of progress on the Brexit topic. PMI service data is also expected to be weak.

The US ISM industry index was a failure if ISM services and NFP confirm the sad picture of a slowdown in the economy, the dollar will be under strong downward pressure. The November NFP was unreasonably strong; we are waiting for a downward correction. The December report on the labour market is extremely important: the Fed is speculating with this «rabbit out of the hat» in any difficult situation and has long been preparing the markets for the fact that monthly job growth of no more than 100K will be optimal. Weekly and repeated unemployment claims already indicate a slowdown in the labour market, but a market report needs a failed report, for example, the number of new jobs below 75K amid rising unemployment rates.

In addition to NFP, we draw attention to:

Exchanges are gradually emerging from the state of the «thin market», but the ECB is still resting. Fed comments are activated after NFP, but new ideas are unlikely. 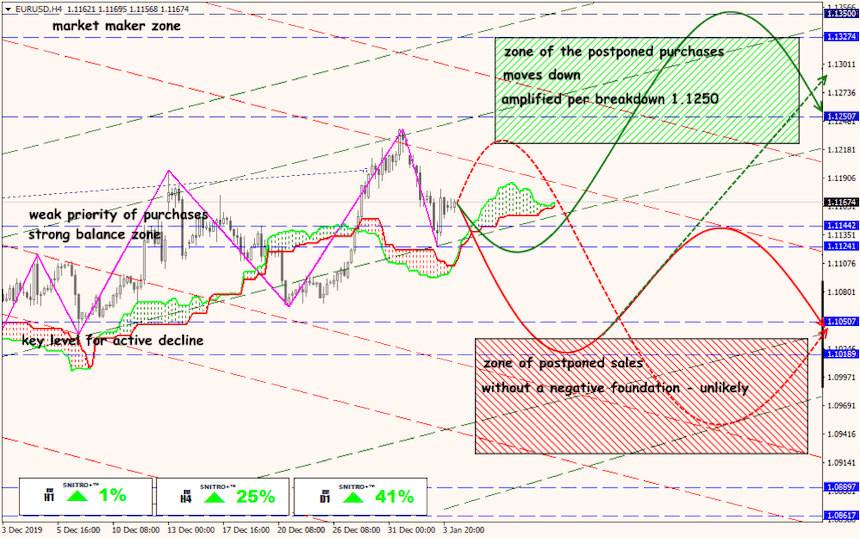 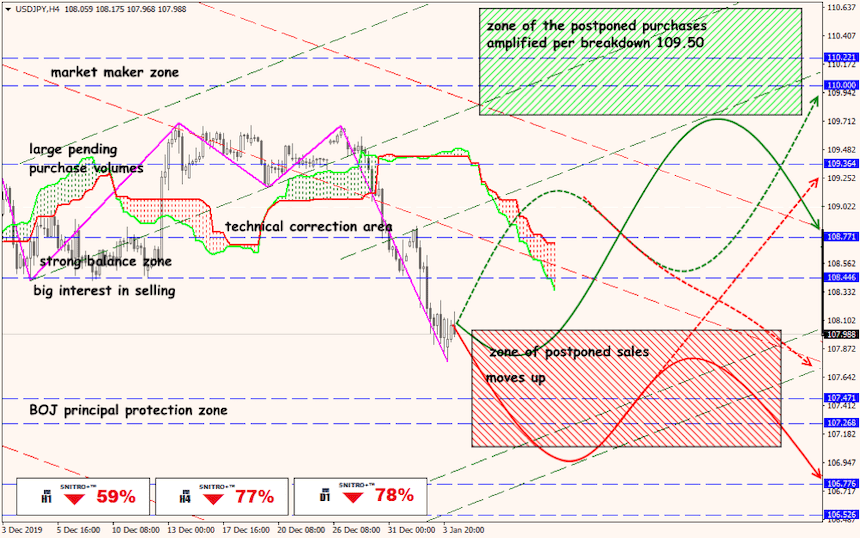 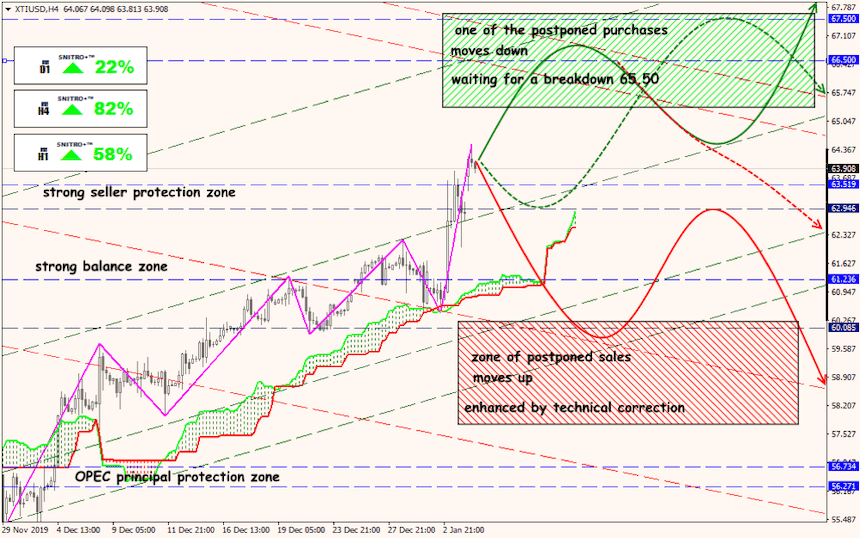