Trump in the mask; OPEC at a crossroads; Brexit in the mode of mutual threats. The yuan strengthened, and the EU is ready to share money. Sentiment in the markets continues to correlate with the dynamics COVID-19 and to talk about recovery yet.

First, a local sensation: on July 12, the President of the United States for the first time since the pandemic appeared before the public in a medical mask, moreover, stated that «wearing a mighty good mask». Trump also tried to comment on the idea of musician Kanye West to run for President, amid well-founded accusations of racism Donald looks like a very bad joke. Sociologists have said that a significant portion of the black population willing to vote for West and take away votes from Trump, not Biden.

Now closer to the economy:

The ECB meeting will be the standard, Lagarde in an interview has warned market participants that the new incentives until. The previous decision to increase the size of the program PEPP €600 billion in any stressful situation in the debt markets will provide the necessary volume of purchases of bonds of Eurozone countries until the spring of 2021. Now Asian investors are willing to buy, not the dollar, the yuan is rapidly stronger than the Euro has good support. But this is not enough to talk on further reduction of interest rates: the ECB's balance sheet grows, but for a possible policy correction needed another €1 trillion. Press conference of the lady Christine is unlikely to seriously affect the markets, but to miss, it is not recommended.

It is clear that the agreement will be partially finalized, as an increase in the EU budget will take more time to negotiate. Moreover, EU leaders will have to discuss the Brexit issue and adopt at least a formal statement on the subject.

By the way, the rules for receiving assistance from countries affected by the coronavirus have been substantially changed. The country must provide a reform plan (in a strict manner), on the basis of which the EU Council approves the receipt of assistance by a majority vote. Holland actively demanded a unanimous vote, but German politics still won. The “economical” northern EU countries will receive discounts on contributions to the pan-European budget.

Unfortunately, the positive news from the UK is extremely small. Investors belatedly reacted to announced on Wednesday the Minister of Finance additional budget spending to revive the economy in the amount of £30 billion ($38 billion). In addition to direct injections into the economy, the plan provides for bonuses for the return of dismissed employees, reduction of value-added tax for the tourism sector, the temporary override of the property tax on purchases of houses costing up to £500,000.

Real solutions for Brexit still doesn't have, despite the positive insides of the fisheries and the possible provision of access to banks of UK to the financial services sector of the EU. Representatives from the EU and Britain are counting on progress in the negotiations on the week of July 20; it is clear that the process is waiting for the negotiation of possible concessions with the EU during the summit on July 17-18.

The head of the BOE, Bailey will perform today, tomorrow and Friday, although the website of the British Central Bank promises to broadcast only the answers to the questions (on Friday). The dynamics of the pound tied to information about the possible reduction of interest rates BOE to negative values.

British statistics are published every day: tomorrow is GDP, then the data for growth and inflation, a report on the labour market and retail sales. If the data are weak, especially reports on employment and sales, waiting for the fall of GBP/USD for 1.5-2 figures with corrections.

Also, pay attention to the data:

As new cases of coronavirus in the United States grow, the rhetoric of Fed members becomes increasingly gloomy. There will be many speeches this week, tomorrow’s Brynard speech on the prospects for the economy and monetary policy of the Fed is of interest. It is worth listening to the comments of the Fed after the publication of the US retail sales report on Thursday.

The statements of the ECB members will be important only if there is no consensus on the EU Recovery Fund.

OPEC+Non-OPEC Committee will not discuss the likelihood of extending the current maximum levels of oil production cuts by August, but this fact has already been taken into account in the price. Oil growth is supported by general risk appetite and a falling dollar.

We remind you: the EU leaders' summit will finish on Sunday, the opening of markets on July 20 with a gap is inevitable, therefore we strongly recommend that all conservative positions be fixed on Friday. 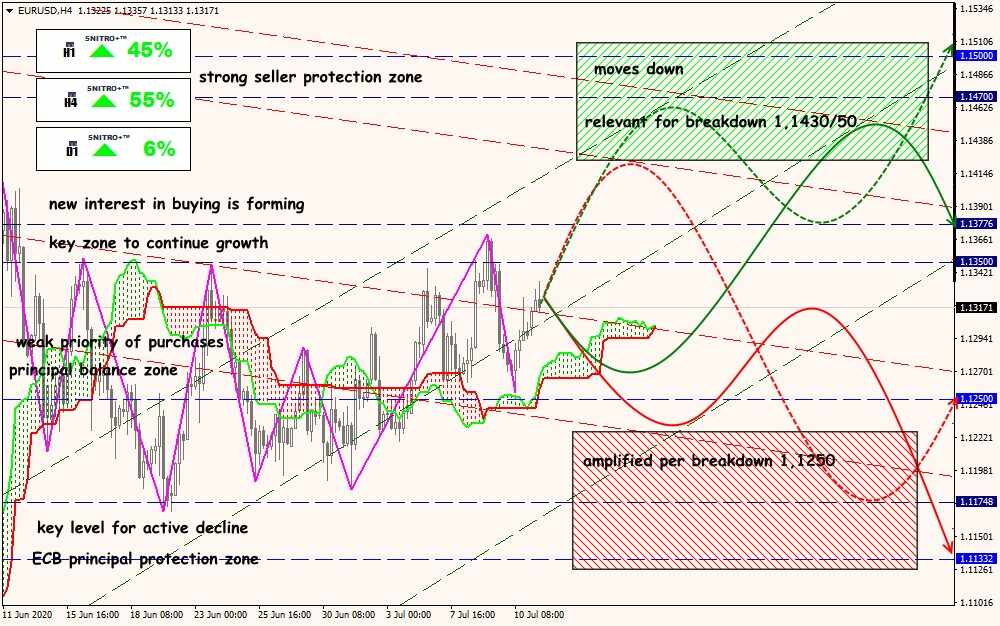 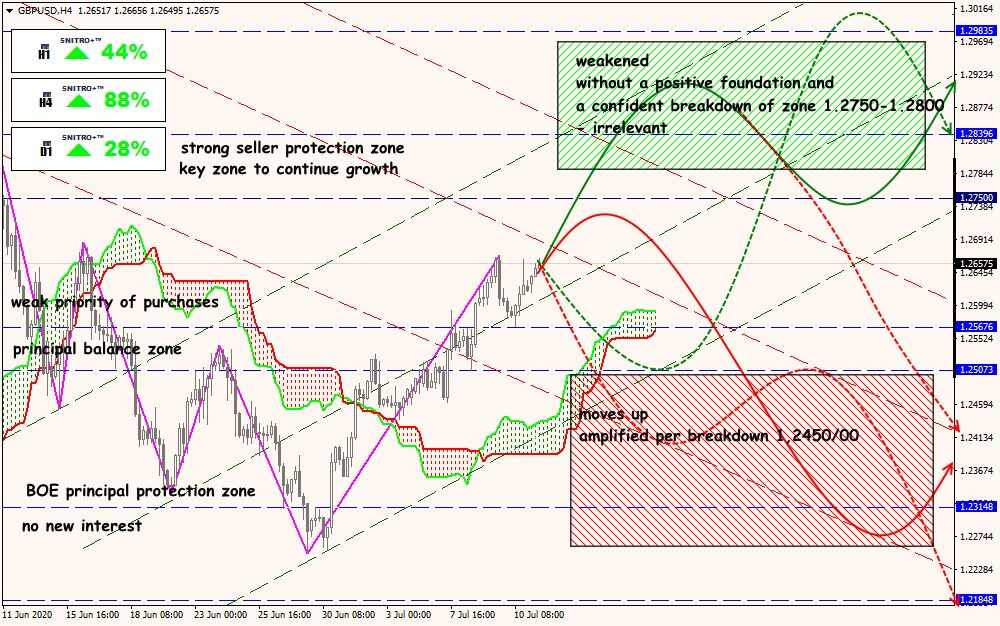 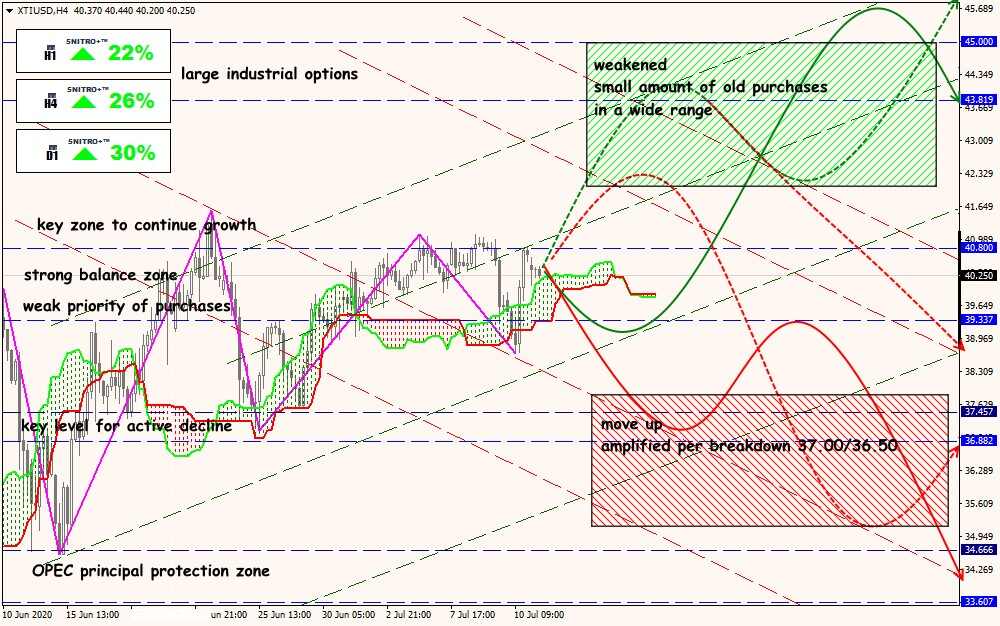