New aggravation of war of duties: share sales, ultimatum of the USA, full tranquility of China. The first wave of panic passed, the markets try to understand to whom it is favorable. Europe does not comment on a situation yet.

One week prior to signing of the global contract, China (under the personal order of Xi Jinping) have made changes to all sections of the agreement by way of the diplomatic letter – all made progress was cancelled. Economic advisers of the USA were shocked not less than Trump.

The ultimatum about new duties did not frighten China, during negotiations Asians managed to be prepared not bad for real war, having reduced investments into the USA − in March the trade deficit of the USA-China was minimum for the last five years.

The USA on Friday raised duties up to 25% for import of $200 billion, but panic affected only the stock markets. The general capitalization of the world shares market sank for $1.36 trillion and though the yuan continues to look for a bottom, both parties called the current session of negotiations constructive.

Incrising of aggression in negotiations is obviously connected with approach of the American elections of 2020: China stakes on democrats, in particular − on Joe Biden while Donald is confident in the victory, and already now threatens with less favorable negotiations after elections.

While the position of Beijing is more favorable − China can devaluate freely the yuan exchange rate while democrats in the U. S. Congress will block any fiscal incentives of Trump, and dollar exchange rate is not subject to the president. Besides, China can "complicate life" to the American companies by intervention in their merges and acquisitions activities (M&A), and the last weapon, a sale of a national debt of the USA, Beijing will leave as a last resort.

The current increase in duties will not affect goods which already in transit, that is the USA with China has time stock about 2-4 weeks on reaching compromise. So far, the Deputy Prime Minister Liu prepares the next meeting in Beijing, but hardly it will occur current week.

The stock market of the USA is under pressure and situation for strain of relations with the EU adverse. The deadline for the decision of the USA on increase in duties on import of the European cars already nearby (on May 18) and the minister of trade Ross has said that there are no legislative bases for extension of term.

We will remind that there are only three options: to raise taxes on all import of car of the EU on 25%; increase for 10% for all volume or duties in 25% only for electric vehicles. At increase in duties on all import of car of the EU decline of euro will be steep and long, in other options decline of euro can be short. Trump's decision on car of the EU will be key for trend of the index of dollar and euro, but the dollar trend prepares for sharp turn down for long-term anyway so the market looks for more convenient levels for falling.

Reports on reserves of oil appeared mixed, the market tries to count possible deficiency after a total ban of the USA on purchase of the Iranian oil and readiness of OPEC to increase oil production. Again, the local European problem − decrease in supply of oil from fields in the North Sea is relevant. Reduction of the offer of local raw materials and unresolved problems with "dirty" Russian deliveries mean that in June Europe will need more American oil, but hardly possible increase in purchases can be a serious argument in fight against Trump.

Saudis do not plan to increase export higher than 7 million barrel/day yet but are ready to compensate deficiency of the Iranian oil at higher prices. If clients which are afraid to fall under secondary sanctions of the USA, will completely refuse the Iranian raw materials, then the price of the Saudi oil will quite logically grow that in a month will pull for itself all market.

The committee of OPEC+ will hold a meeting on 19 May for approval of the agenda of the summit on 25June. Receiving any new quotas till June is improbable, but Iran can take an opportunity and say secession of OPEC that it will be an active negative factor.

Well and regarding Brexit − it is short:

The current week May should report date of the resignation to executive party committee. The government declares determination till 23 May to take in Parliament the next signal votes on Brexit options, but only with official support of Labourists. So far it is considered 16Mayas most probable date. Early elections to Parliament – the most probable scenario at a vote failure, in case of ratification of the agreement we wait for the speculative growth of pound and euro. 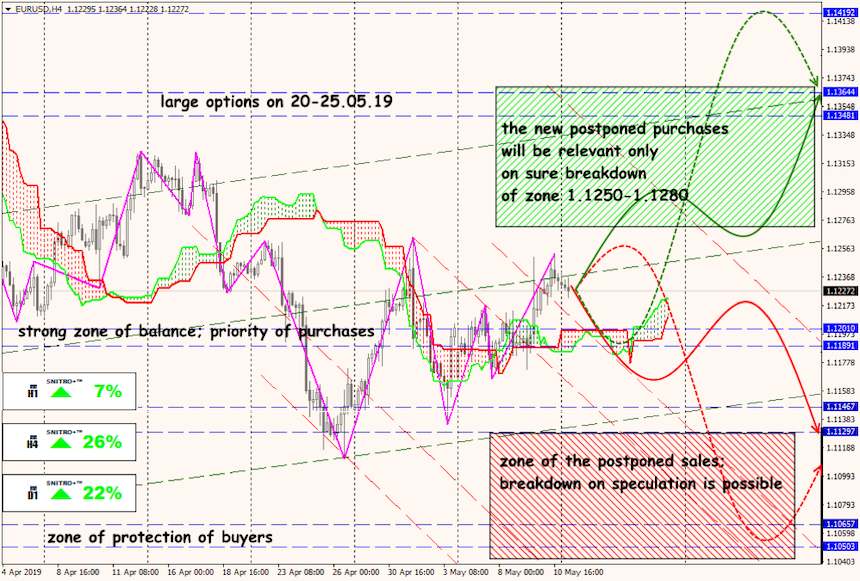 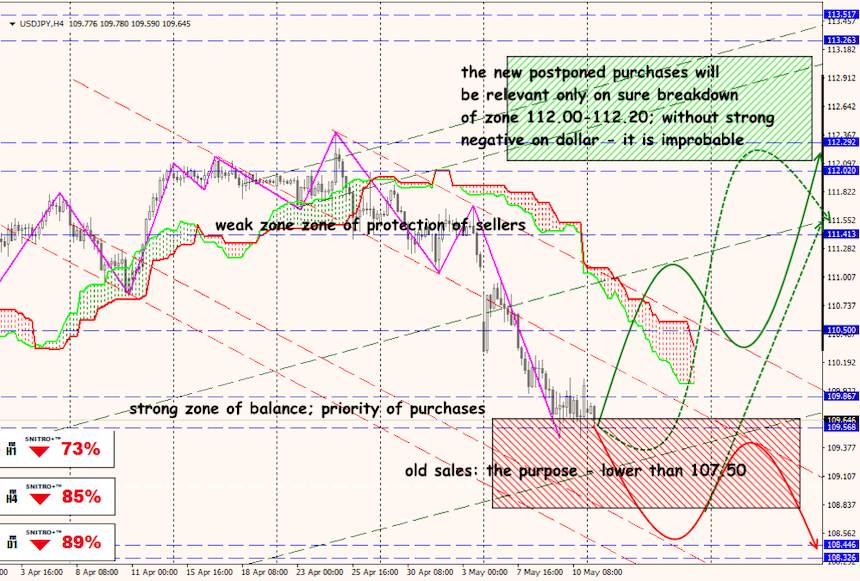