New duties of the USA for China, the vacation of the British parliament, local elections in Germany, the first comments Lagarde. The base for fighting is prepared, the active week is necessary for the markets.

The sharp turn of the dollar was «false». Judging by nervousness, Trump is extremely disappointed with results of the policy of trade wars: the president had even to tell lies about carrying out telephone negotiations with China to hold the stock markets from the next disaster.

After all, the USA and China have introduced mutual duties since 1 September. Beijing demands a tax in 5% for the supply of crude oil, soybeans and other goods from the USA with a total cost over $75 billion and also since December returns 25% tax on the American cars. The USA introduces additional duties of 10-15% for $300 billion of the Chinese import. Let's remind that the program of increase in duties on goods from the USA for $39 billion is also ready in the EU.

The next session of mutual blows to the economy is expected in a month, but the hope for the continuation of negotiations is actively advertized by both parties. The message about the date of arrival of the negotiation team of China to Washington will return appetite to risk, in case of refusal Beijing from negotiations falling of the markets can become uncontrollable.

September NFP will be used as a joker for the decision of FRS on 18 September. As far as the growth of labor market of the USA is steady, FRS is able to afford only preventive drops of rate for protection against external risks, but if labor market of the USA begins to slow down, then FRS should recognize the threat of recession and develop a policy of rates. The report of Markit has reported about a sharp slowdown of the service and hiring sector, in this regard exit of negative NFP is very probable.

The growth of new jobs less 125К and the unemployment rate above 3.8 percent can be considered as weak data; the market reaction will be significant.

Prime Minister Johnson returned from the G7 summit empty-handed. European leaders politely but harshly refused to renegotiate the Brexit agreement signed with Theresa May 10 months ago. The Irish «backstop» will not be canceled. If Britain does not pay the European Union €39 billion in debts and compensation, there can be no negotiation of a future relationship with the EU at all.

Now Johnson has decided to fight the British Parliament: the Prime Minister received royal consent to suspend the work of the Parliament from the second week of September (under the prorogation scheme) until October 14. This anti-democratic demarche provided another protest (not yet very massive!) and significantly increases the risks of a hard Brexit. In addition to the fact that the opposition urgently needs to consolidate, Parliament may simply lack time to ratify a bill prohibiting exit from the EU without a trade deal. The bill still needs to be drafted, presented in Parliament, debated and voted on by both houses before 9 September. A vote of no confidence in the government is possible, but the problem is not solved, as in the absence of a coalition in Parliament, new elections are likely to be called after 31 October.

The opposition has filed lawsuits to be heard on Tuesday and Thursday, but it is unlikely that the courts (even Scotland 's court), will go against the Queen of Britain 's decision. If the courts dismiss the claims, Johnson 's decision will be granted legal status, which will only complicate the situation. The pound is not yet in a hurry to fall. Parliament returns to work tomorrow at 14.30 GMT. Today, the European Commission begins an investigation into the compliance of this decision with the principles of democracy.

The rest of the entries are briefly indicated:

The 5-Star Party and Democrats agreed to form a ruling coalition led by Prime Minister Conte, but on Friday Di Maio put forward 20-point demands that should form the basis for the future government 's work. The flight from risk led to the expansion of the spread between Italy and Germany, which triggered the euro to fall below 1.1000. Any result of the negotiations is not capable of causing the collapse of the coalition, Conte plans to announce the composition of the new government on Tuesday or, in the extreme case, on Wednesday.

The new Italian government will have to quickly find an opportunity to save more than €20 billion for next year 's budget to meet the demands of financial supervisors from Brussels. The EU expects to see spending plans by mid-October.

The reaction at the opening of the week to the elections in the regions of Germany Saxony and Brandenburg is still neutral. The first exit polls show that an extremely negative scenario was avoided, but the formation of the ruling coalition will be difficult. We are waiting for comments from key politicians.

Future ECB chief Lagarde, in written explanations to her confirmation in the European Parliament, said the current situation required action from the ECB and there was still room to cut rates. The euro fell sharply in response to phrases taken out of context, a detailed analysis of Christine 's speech indicates ambiguity of language. But it is already obvious that Lagarde supports Draghi in his intention to accept the stimulus package at the September meeting, lower rates and restart the quantitative stimulus program.

The positive of the Italian coalition and German elections will be short-term for the euro. Eurocurrency is provided with a negative fundamental background and pressure from traders for the next three to four months.

China plans to cut taxes and regulation on cross-border cash flows in Shanghai 's free trade area to try to attract more foreign investment and help counteract some of the effects of the trade war. Especially since the IMF believes that the yuan exchange rate is in line with fundamental factors and recommends that the yuan exchange rate be allowed to decline by another 25-40% if necessary.

Apart from politics and the NFP, this week we turn our attention to the ISM of the US industry and services, Beige Book, the Eurozone Industry and Services and GDP PMI, Britain 's Industry and Services PMI, and the results of the BOE Inflation Report Hearing before the British Parliament Committee. A «week of silence» will begin in the ECB from Thursday, but ECB figures traditionally do not comply with the rules, so we listen carefully. Powell will deliver a speech Friday at 18.30CET before the start of a period of silence ahead of the Fed 's 18 September meeting, which could affect profit-fixing at the close of the week. 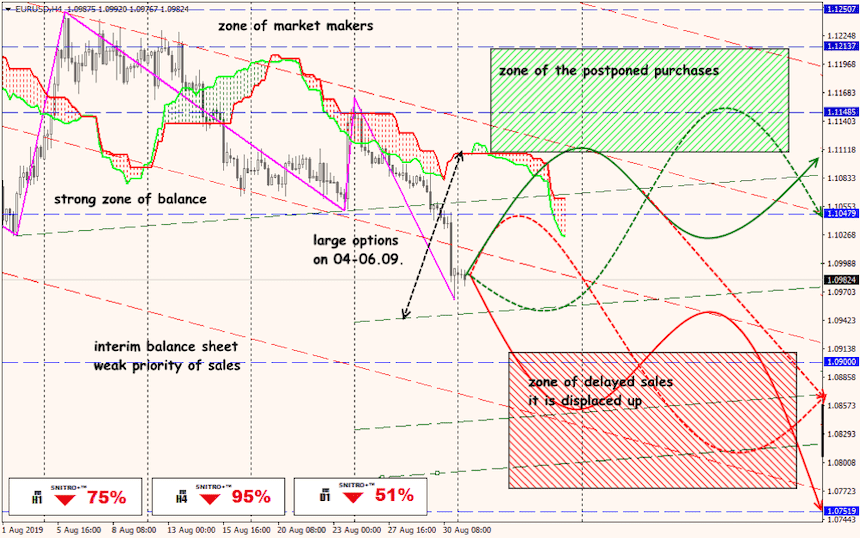 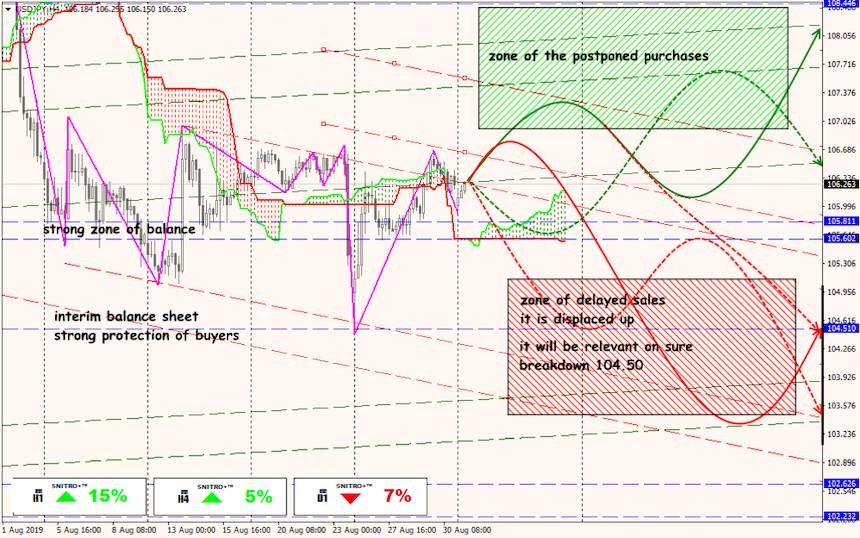 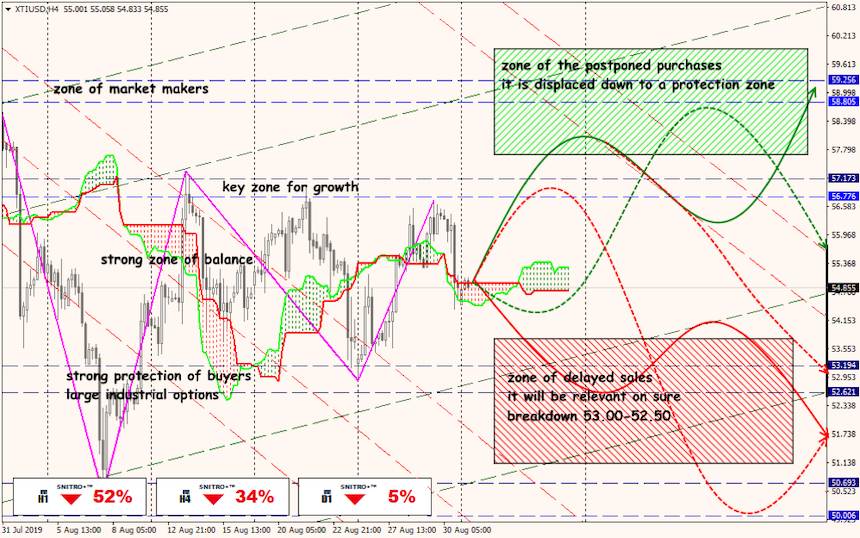