Brexit without Johnson or the policy of three letters

Attempts by local political and military conflicts to draw the attention of the markets failed. The current week will again be British.

Prime Minister Johnson almost made a feat, having reached a political agreement with the EU, but was forced to accept disadvantageous to Britain compromises that eventually led to the failure of a vote in Parliament. We recall that this option was already rejected in 2018 and recognized by the government may uneconomical − the fall of Britain's GDP upon the withdrawal from the EU will be 30% more.

Alas, members of Parliament have received this document only in the morning on the day of voting, without justifications and calculations. The labour party fear the abolition of standards for the protection of workers ' rights that exist in European legislation and language on the Irish border, the opposition felt pure betrayal. As a result the government when voting is not enough it votes the DUP Junior coalition partner; the party relied on the privilege of the veto on the agreement at the end of the transition period. Amendment Letwin that requires to request the EU to extend the release date until January 31, 2020, as the «law» of insurance, was forced to withdraw the draft Johnson with a vote.

The threat of the speaker Bercow to do without a Prime Minister when applying for deferment has led to the fact that Donald Tusk received from the British Parliament three letters:

The EU, tired of the political war with Britain, most likely, will decide the question of postponement of Brexit in the shortest possible time.

Today Johnson at the meeting with the speaker will discuss the re-vote, the refusal will further delay the ratification process. In any case, tomorrow, the lower house of Parliament will vote a General solution and then must begin the process of making amendments to the agreement. Either Johnson agrees with the adjustments (hereinafter – the house of lords+the Queen) or the government has refused to ratify and announce early elections. The European Parliament with his «approval» is clearly before October 31, not time, that is, the extension of the output is inevitable. The next session of Parliament scheduled for November 13.

Upon ratification of the agreement by the Parliament, early elections are not needed and the extension of article 50 will be technical. A gap on the opening of the week took place, the British statistics this week, no interest in sales – are not. Comments Carney on current budget issues.

The meeting, on 24 October promises to be «clear»: no new ideas, no policy changes are planned. his farewell press conference is busy thanks to Draghi, and his comments now interesting except that the dimensions. Mario will not attempt to influence the Euro, given the split within the ECB, although it hints at one with Lagarde view on monetary policy will irritate markets.

The insider believes that the December ECB projections for GDP growth and inflation will be revised lower. Nursing Draghi means softening the dictates of the ECB and the pleasant democratic innovations in the form of a roll-call vote and forecasts for rates. The ECB is finally able to share his burden of responsibility for the growth prospects of the economy with other countries in the region.

GDP showed a weak overall growth, although the dynamics of industrial production and retail sales better than forecast.

The Minister of Finance of the USA Mnuchin has not received invitations to the next session of talks: Beijing was outraged by the introduction of new rules requiring official notification before attending American universities and research centre’s, representatives of the Chinese authorities. Also, the U.S. Senate followed the House of representatives committed to voting for the bill that supports the autonomy of Hong Kong. China has threatened retaliatory measures, adding to tensions over trade deals. By the way, despite active U.S. sanctions, Huawei noted a 24% increase in trading revenue (up to $86 billion) in the three quarters of 2019, which reflects the company's growth in its key smartphone manufacturing business.

Other events of the week lose their meaning against the backdrop of the Brexit saga. From statistics, they are interesting: in the USA − durable, PMI of industry and services, real estate reports; Eurozone − PMI industry and services, as well as the German IFO index. We carefully study the comments on the China-US situation before the planned signing of the «first phase» trade agreement at the APEC summit on November 17-18: we are waiting for a trade truce at least until December.

The Fed begins a period of silence before the meeting on October 30, but the probability of a rate cut of about 90% and any comments are already superfluous. 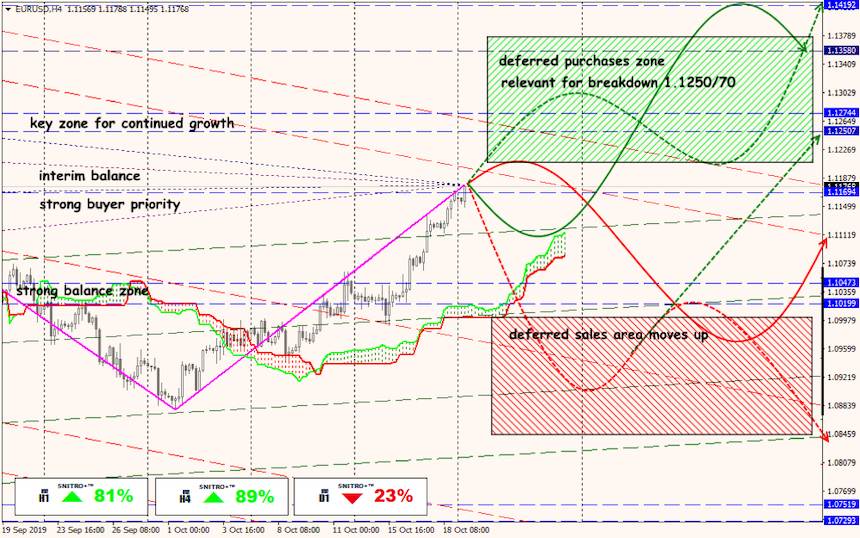 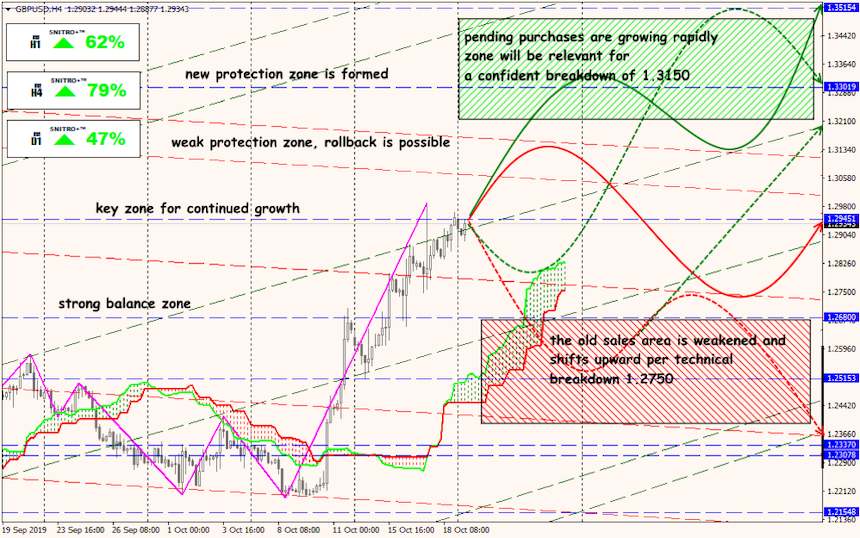 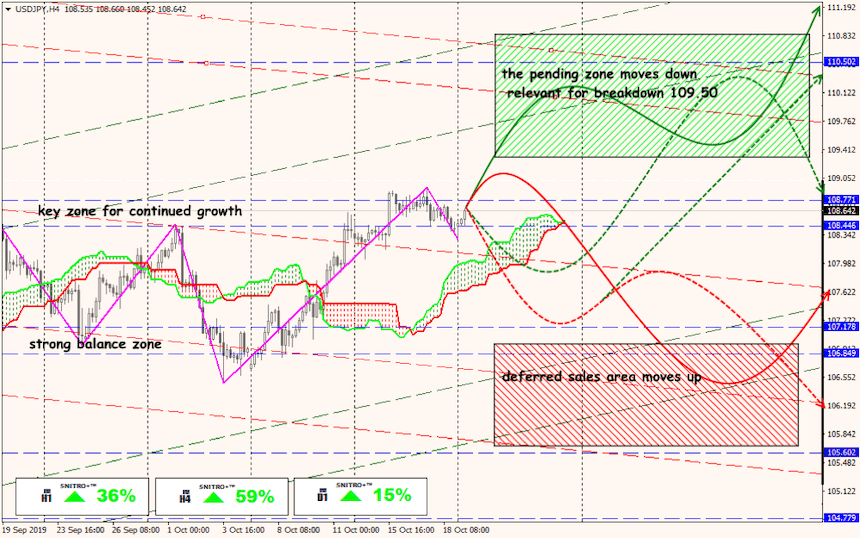