The main drive of the market is caused by Brexit, FRS and Trump. China and Europe which try to resist commercial claims of the USA add the activity.

The Parliament of Britain did not support the draft of a divorce with the EU according to May's scenario, but voted for lack of Brexit without commercial agreement and supported the Prime Minister in a delay of the date of an exit.

May reasonably «tied» the term of transfer of a key event to ratification of the main agreement: in case of approval till 20 March Britain receives purely technical timeout till 30 June, otherwise − the delay will be long and Britain will not avoid participation in elections to European Parliament. Anyway, ratification of the agreement – now or after a delay – is actively positive for pound.

The third round of vote is planned for tomorrow, the tone of negotiations of May with leaders of the EU at the summit on 21-22 March depends on its result. According to the insider, it is still not enough voices for ratification, however, the EU will change nothing in terms of the agreement − on 30 June the text of the contract will be the same, as well as on 12 March.

So far both politicians and economists poorly understand how effectively to use prolongation of the date of an exit. Signals that the EU can give to Britain time till 2021 as a chance to think once again of the need for Brexit support bulls on the pound.

Now May actively blackmails eurosceptics with the fact that the long delay of Brexit guarantees the defeat of Conservatives and increases the risk of a repeated referendum. Both scenarios of the resignation of May or new parliamentary elections are also politically unprofitable to Conservatives as «the negotiation epic» sharply downgraded their ratings, especially against the background of constant criticism from Labourists. If the agreement is not ratified, the Prime Minister promised to cede to deputies the general control over the process of an exit since 25 March.

Advertizing optimism of Trump regarding the progress of negotiations with China convinced nobody − date of signing of the agreement is not even discussed so far. At first, the meeting of leaders was rescheduled for April, but fresher data already speak about June that will coincide with a G20 summit.

The main problem is a lack of the mechanism for «coercion» of China to the implementation of already undertaken obligations, China does not agree to unilateral actions of the USA in permission of trade disputes, but Trump does not want bilateral arbitration and it is not supported by the U. S. Congress. In real life, the trade war between the USA and China entered a new phase. The law on foreign investments which first of all is directed to an increase in transparency in use of the foreign capital is adopted at the session of the National People's Congress. Analysts consider that for this reason decision-making in negotiations with the USA is postponed indefinitely as Beijing waits for the reaction of Trump or, at least, his economic advisers.

We pay the main attention to economic forecasts of members of FRS and for normalization policy (that is reductions) of the balance. If most of the members of FRS support the idea of an increase in rates, then the reaction at the moment will be considerable. In general, on Powell's comments, the dollar will be given to falling.

We pay attention to the production index of FRB of Philadelphia, PMI of the industry and services for March and sales of housing in the secondary market; regarding the Eurozone − on the index of Germany of ZEW and PMI of the industry and services and also on the British reports − on labor market, on growth of inflation and retails. The pound completely depends on actions of Parliament, the meeting of BOE will be a positive only if the ratification of the Brexit agreement; otherwise, the rhetoric of bank and Carney's comments will not press on dynamics of currency.

After the intermediate meeting of the ECB on Wednesday and Thursday, a leakage of the insider is guaranteed. Draghi will participate in the EU summit on 21-22 March, but usually, details of his statements remain closed for media.

Any insider about Trump and Xi Jinping's possible meeting will have a negative impact on appetite to risk and especially on Asian assets. 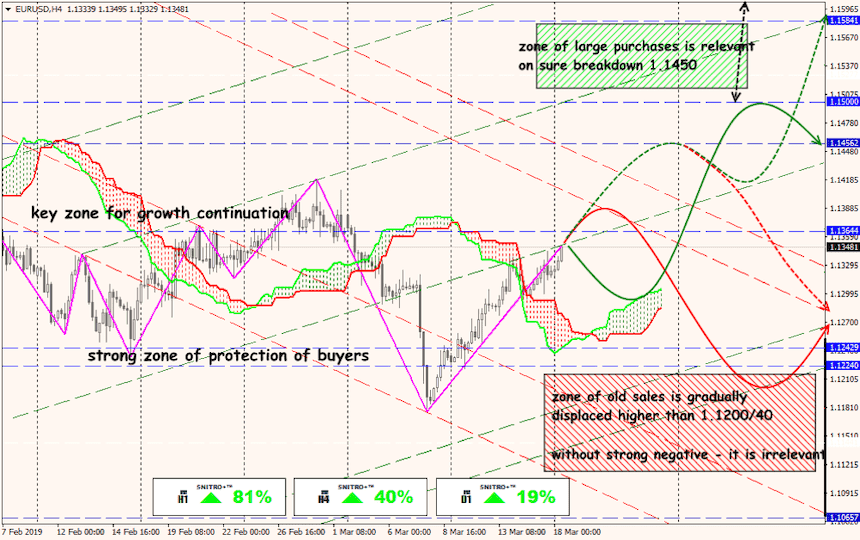 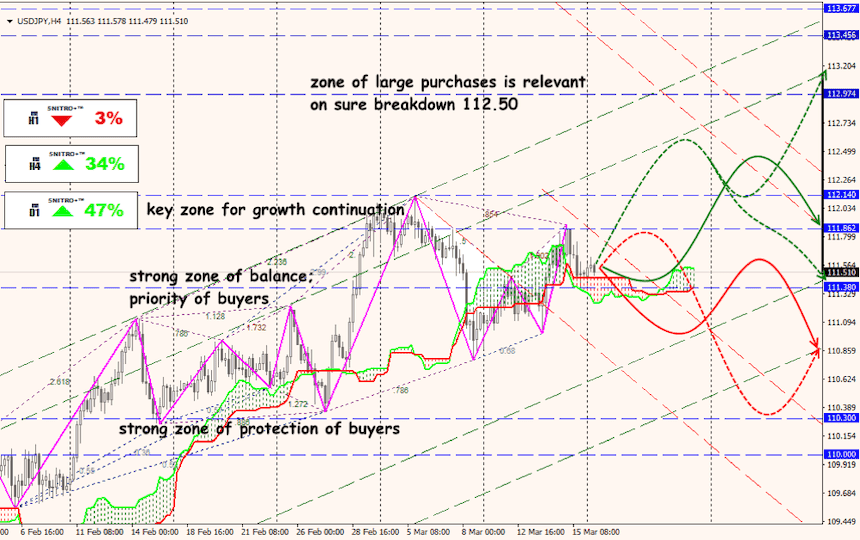