Auction of miracles is closed: who received the bonus?

OPEC + updated the terms of the deal, Fed and ECB maintained rates, Johnson won the election and promised to close the Brexit topic in two weeks. The final flourish: US-China trade truce. All events have passed, but not all goals have been achieved.

Philosophers believe that «A wonder lasts but nine days», but the events of the past week will be enough for the financial markets for a long time. So…

The Tories received the necessary majority in the lower house of the British Parliament, so the opinion of the Eurosceptics on the adoption of government bills can not affect. Corbin promised the electorate his resignation, and SNP considers his party’s result to be a real victory: 48 (45.0%) out of 59 possible mandates. Nicola Sturgeon is confident that the British Prime Minister has a mandate for Brexit only in England, but does not have the right to «disconnect» Scotland from the European Union. The topic of a new referendum on independence from Britain is actively lobbying and runs the risk of becoming a serious problem for Johnson. Next week, SNP will file an official application, but the chances of approving this process are meagre.

Parliament's ratification of the current Brexit option is not in doubt, although the debate will officially resume after the Queen’s speech on Thursday. By January 31, London and Brussels should begin the «transition period» with an approximate period until the end of 2020, but to solve all the problems for the year is unrealistic. Recall that the EU trade agreement with Canada has been preparing for almost 7 years.

Negotiating a trade deal will still be difficult. The current version of the agreement takes into account all the permissible concessions to Britain, thanks to which London could bargain with the EU, there will be no correction of conditions. Ratification will provide everything the European Union needs, London’s access to the WTO (if the WTO, of course, survives the fight against Trump) will hit the British economy, but there is still a chance that the trade agreement will be as loyal as possible. Johnson logically fears that if the deal with the EU is too soft, Trump may refuse a profitable bilateral agreement, but there is no other way out.

The focus of attention is aimed at the BOE meeting, we are waiting for an assessment of the consequences of the ratification of the Brexit agreement, but Carney no longer makes sense to declare a policy correction. Johnson plans to replace the head of the Central Bank in the coming weeks, the most likely candidate is Minouche Shafik, whose rhetoric will have a strong impact on the dynamics of the pound.

December - too inconvenient time for new sanctions, but the stock market. The USA at maximum  an excellent Christmas present for the country from the main storyteller. Finally, Trump recognized the danger of trade wars in the election year and this fact is an absolute positive for the global economy. Asian excerpts brought results - today there will be no increase in duties. But there are nuances ...

Conclusion: until January, the situation (as in a fairy tale!) may well change several more times and the trade war will not be cancelled next year.

The results of the last meeting will contribute to an increase in risk appetite against the backdrop of a falling dollar, even though the point forecasts of Fed members do not contain intentions to further reduce rates. The strong November NFP shifted concerns toward a possible tightening of the Fed's policy, and Powell’s press conference resembled a children's New Year’s show with presents. The most urgent task is to provide markets with dollar liquidity by the end of the year. Markets are ready to put up with the lack of prospects for rate adjustments, while the Fed (in fact!) implements the QE4 program with the purchase of US T-bills in portions of $60 billion a month.

The promise to reduce repurchase transactions at the beginning of 2020 implies a correction for the growth of the dollar in the second half of January, unless, of course, other factors appear to depreciate.

The policy of the Eurobank is unchanged, the September stimulus package will not be reviewed, the rhetoric of Lagarde confirms the continuity with Draghi. But there are some differences:

The House of Representatives must vote on a government funding bill to avoid a shutdown after December 20. $1.375 billion of financing the wall on the border with Mexico remain a condition between the party deal. However, Trump will retain the ability to transfer funds from other budget items, which is now the subject of litigation. U.S. lower house voting on the impeachment of Trump is scheduled for Wednesday, but markets will be short-term. The Judicial Committee of the House of Representatives formed a new decision, despite the objections and amendments of the Republican Party, but everyone understands that the Senate will not support impeachment. The meaning of this action is not as a result but in a constant destabilizing process.

This week we pay attention to statistics:

Morning statistics of China turned out to be neutral positive, the impact on Asian assets is minimal.

Important speeches by Fed officials are not planned before the end of the year; Lagarde will deliver a speech at a reception in honour of Kere's resignation, but no surprises are expected. On Wednesday, an intermediate meeting of the ECB will take place, we are waiting for the traditional portion of insider trading. 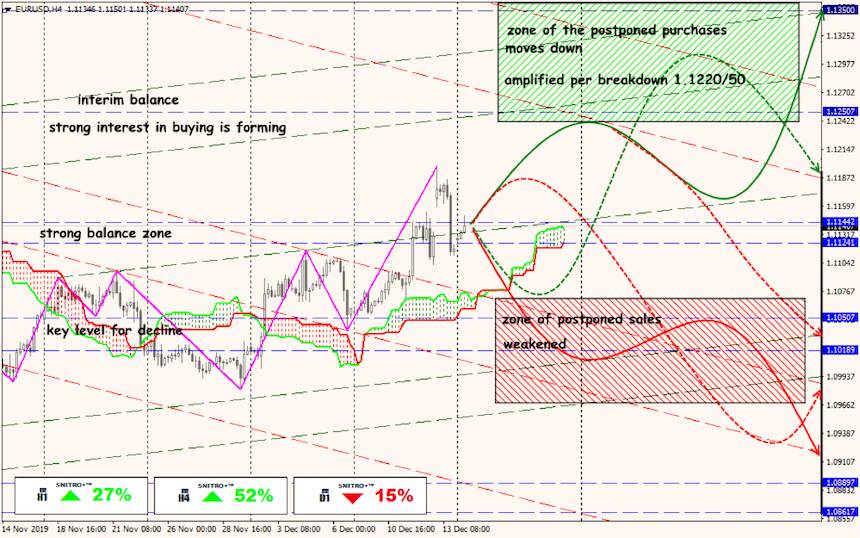 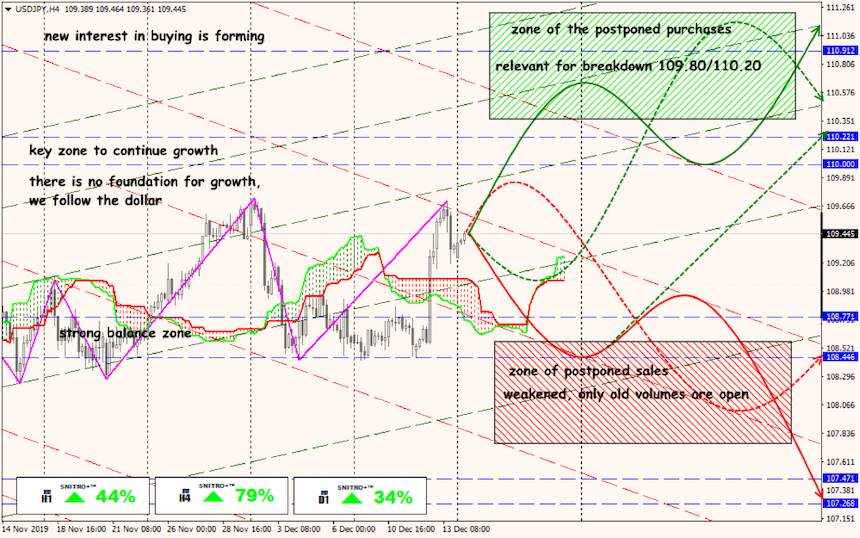 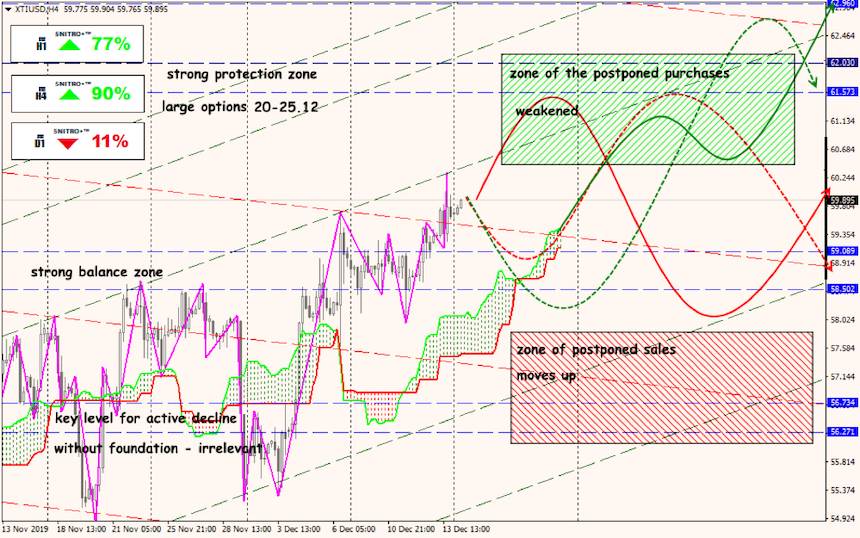