America in style «everything is OK»: the picture is spoiled only by Müller

NFP is confidently strong; Abe in the center of the next scandal; Carney experiments with pound.

The first payment for Brexit is defined; the Dow index on a historical maximum. August promises to be active.

The evil tongues, long ago frightening the world by the recession in the USA, are disappointed again − the political situation could not exert a negative impact on the labor market. The growth of quantity of new jobs, steadily low unemployment rate against the background of growth of participation in labor is provided, but the weak growth of salaries confirms the lack of inflationary pressure. The report will allow FRS to keep hawk rhetoric – unemployment (4,6%) at the level of the forecast for the end of 2017. The Federal Reserve System can begin quietly reduction of balance without an increase in rates even before the ratification of Trump`s fiscal incentives by the U. S. Congress. The difficult reaction of the market is caused by doubts in a positive of the economy of the USA and excessive positioning against dollar. For instance, a pair EUR/CHF became the reason of inadequate reaction of euro, most likely the next intervention of SNB was made, which tries to achieve the objectives at 1:20 as soon as possible.

The special prosecutor Mueller`s investigation enters a new phase: the grand jury is created which will define, whether enough collected proofs for brining a charge. It means (at least!) that Mueller's investigation exceeds for several months, that is it will proceed also during a discussion of tax reform by the Congress, and during decision-making about increases in a ceiling of a national debt. At the moment the main negative in the process is an investigation of an episode of a meeting of Trump Jr. and Kushner with the Russian`s lawyer Natalya Veselnitskaya in June 2016.

Investors are afraid quite reasonably that Republicans will oppose Trump, but at some time, the dollar just has to stop reacting to scandals according to Trump and his environment. Therefore, while there is an investigation, this subject needs to be traced no matter what dollar depending asset you trade.

BoE has lowered forecasts for GDP growth and forecasts for inflation (slightly), though has promised only one increase in rates till 2020 instead of two. It is clear, that at a current rate of the pound against the background of delay of economy nobody will risk raising a rate. Carney has said that excess of the purpose on inflation is connected only with the previous falling of a course, there are no reasons for the internal growth of inflation, so he has finished pound finally. At the weekend the British media have published the insider from negotiations on Brexit: Britain as compensation of financial obligations to the EU is ready to pay €40 billion on condition of the conclusion of the trade agreement, favorable to itself. This amount is much lower than €100 billion which the European Union demands at the moment. In the next few days, we wait for the active reaction of the EU.

Chances of increase in ECB`s economic forecasts and the beginning of the reduction of buying up of assets increase. The release of the European insiders hasn't helped to reduce euro exchange rate, the ECB continues to be silent and look narrowly. Draghi obviously expects on deterioration in economic data before drawing serious blow. There are no planned performances of ECB`s members a current week. Draghi`s performance in Jackson-Hole at the end of this month will become the following serious focus for the market.

The official statement about the imposing of trade sanctions against the People's Republic of China had to take place on Friday, but is postponed without explanation and new date − China obviously tries to correct a situation, but it can`t overcome the inaction concerning North Korea for friendship with Trump so far. The first investigation is planned concerning violation of the intellectual property of the USA by China, at the same time Beijing already plans possible countermeasures in the form of legal restrictions for the foreign companies and import by certain sectors. The agreement concluded recently for import of 12,5 million tons of the American soybeans in July doesn't remove stress, and any increase in duties from the USA which will contradict rules of the WTO, will instantly cause response − war between giants only begins.

According to CNBC, the prime minister of Japan and the head of the Liberal Democratic Party of the country Shinzo Abe in the center of political scandal again, and again, there is no confidence that he will be able to hold on on the post before the end of a term of office. Abe was accused that he has helped the certain educational institution to get permission to creation of a veterinary school in the special economic zone. This scandal became the second for the prime minister already this year, has led to defeat of the Liberal Democratic Party in elections in July, and his personal support was reduced to 30%. Now shifts in the cabinet for the sake of strengthening of rating are coming, however, there is no serious debate yet about any alternative economic program, therefore, the key «Abenomika» components will remain untouched even in the case the leader is gone.

The current week we pay attention to labor productivity and prime cost of labor and also inflation of consumer prices in the USA, in the Eurozone it is necessary to monitor the growth of inflation of Germany and Spain; there is no important news across Britain, except trade balance on Thursday. We don't forget about China: trade balance in the morning of Tuesday and inflation on Wednesday. 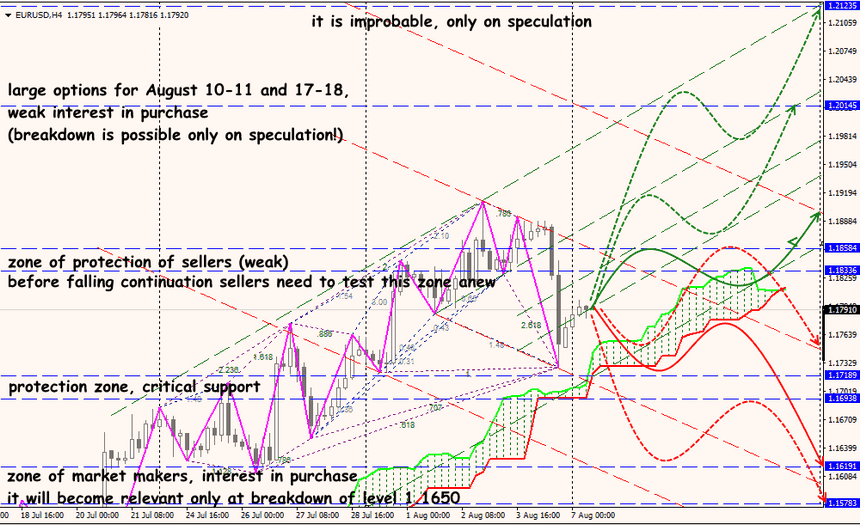 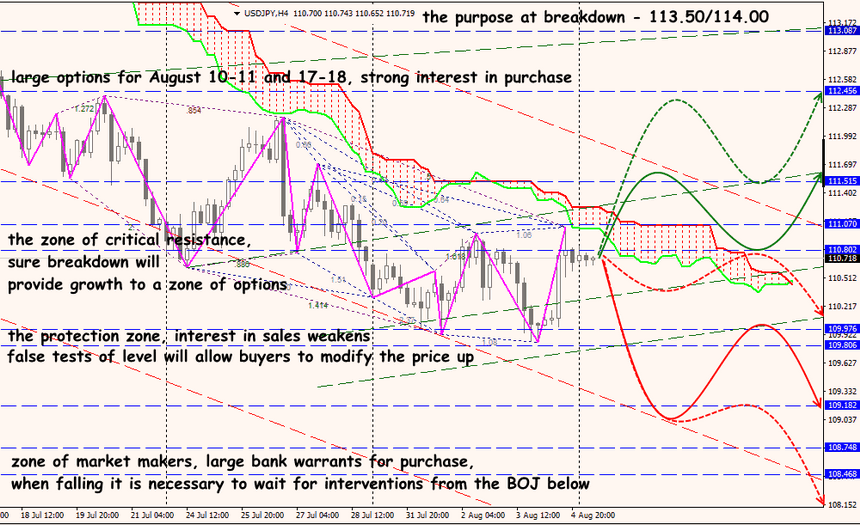