100 days under the sign of Trump: the degree of aggression rises

Europe is working out the political positive; Trump's election provokes China. Asian markets are counting losses, and the COVID-19 pandemic kicks off a second wave.

While the world is frozen on the verge of the US-China confrontation and the consequences of the coronavirus, we will venture to shift your focus to what remains 100 days before the presidential elections in the United States. Analysts believe that Trump has practically destroyed his rating, but recall that in 2016, Donald was also a «cool» outsider. So far, Biden has won approximately 100 «electoral votes» from Trump, and 270 such votes are required to win. However, in America now there is chaos, crisis, unrest − exactly the element in which Trump feels take to like a duck to water. So we stock get the popcorn and watch.

Next, we move from positive to negative:

A historic agreement has been reached: EU leaders have approved a €750 billion recovery fund, of which €390 billion will be in net grants. The European Parliament actively outraged that the reduction in the number of grants led to a reduction in budget programs for health, agriculture and climate, however, it was not possible to influence the global decision. For the first time, the money of the «northern» countries will be redistributed in favour of the «southern» participants, which is the first real victory in the creation of Eurobonds and the United States of Europe.

The recovery fund neutralizes the political risks of the collapse of the Eurozone over the next few years, making the euro a worthy replacement for the dollar as the world's reserve currency.

Conflicts during the ratification of the agreement by national parliaments cannot be avoided since the conditions for receiving assistance include pension reform and amendments to labour legislation. But this is already a factor in the problems of the 4th quarter of 2020. The current positive is enough to reach the 1.19 zone for EUR/USD, but the prospects for further growth can be assessed only after the ratification of the agreement.

No global monetary policy adjustments are expected at the July 29 meeting. New assessments of the economic situation are possible, but a decision on the duration of keeping rates at current levels and launching a «traditional» QE program is unlikely.

Markets are confident that the FRS rates will remain at current levels for at least another two years, but at the same time, they include the introduction of yield curve targeting into the price, while the Fed will not do this until the elections.

The checkpoint will be a press conference by Powell, who will try to be as optimistic as possible, although this will not be enough to neutralize market panic in the context of re-quarantine.

From the Fed's point of view, the situation is normal: there is enough liquidity, the stock market is at very high levels, taking into account the crisis, Treasury yields are low, the dollar is falling. The Fed can only call on Congress to launch a new fiscal stimulus.

Any doubts about introducing yield curve targeting will be perceived negatively, risk aversion will be strong and prolonged, the dollar will resume its growth. If Powell answers that this issue will be considered at the September meeting, then risk appetite will resume, the dollar will continue to fall.

Another round of negotiations ended without a significant breakthrough. According to Frost, an agreement can be reached no earlier than September. Barnier's rhetoric was harsher, he said that Britain ignored the interests of the EU, and the achievement of any agreement with this approach is unlikely. According to Barnier, the new target date is October, because the parliaments of the EU countries need time to ratify a possible agreement by the end of this year.

The current dynamics of the pound is supported by unexpectedly positive economic reports, which neutralized investors' expectations regarding a possible cut in BOE rates. But without progress on Brexit, GBP/USD growth will be limited to the 1.29-1.30 zone.

Only the lazy do not trade in the conflict of world monsters. Great Britain, the European Union, Canada and even Australia actively made claims on the situation with Hong Kong, conflicts in the South China Sea and on the border with India.

After Beijing demanded the closure of the US consulate in Chengdu in response to the closure of a similar Chinese office in Texas, panicking investors sold Australian and New Zealand dollars, and against this background, the yen continues to rise and the yuan − to fall. Chinese indices lost more than 3%, the largest companies in the Nasdaq − from 3% to 8%.

The impetus for the scandal was not traded disagreements, but a rather short speech by the US Treasury Department Mnuchin. Stephen, as a former Goldman Sachs employee and manager of a number of hedge funds, is well aware of the importance of market psychology. Aggressive Cold War-style statements to protect dollar stability give America the strength to withstand global pressures, and the Treasury is ready to ramp up cash in the markets in an attempt to dampen demand for new bond issues.

The United States is taking a course towards forming an anti-Chinese coalition, but neither Trump nor Xi Jinping personally declare this. Will they be in time before the elections? Hardly. It is unlikely that Trump will decide on serious actions that could lead to the cancellation of the «first phase» agreement, but investors' fears can quickly escalate into a sell-off of the American national debt. And even if Joe Biden wins the presidential race (all of a sudden!), Countries will need more than one year to regain mutual trust.

If the US Congress does not reach agreement on a new package of fiscal stimulus by the end of the week, then a fiscal cliff in early August threatens new troubles for both the economy and Trump's rating. This week the macroeconomic background is again not a priority. European statistics can be safely ignored, but American reports are extremely important.

If Powell makes mistakes during the press conference on Wednesday and the markets crash, then we should expect the Fed members to speak with attempts to correct the situation. The comments after the publication of the US GDP are also logical. After the technical meeting of the ECB on Wednesday, traditional insiders are possible. 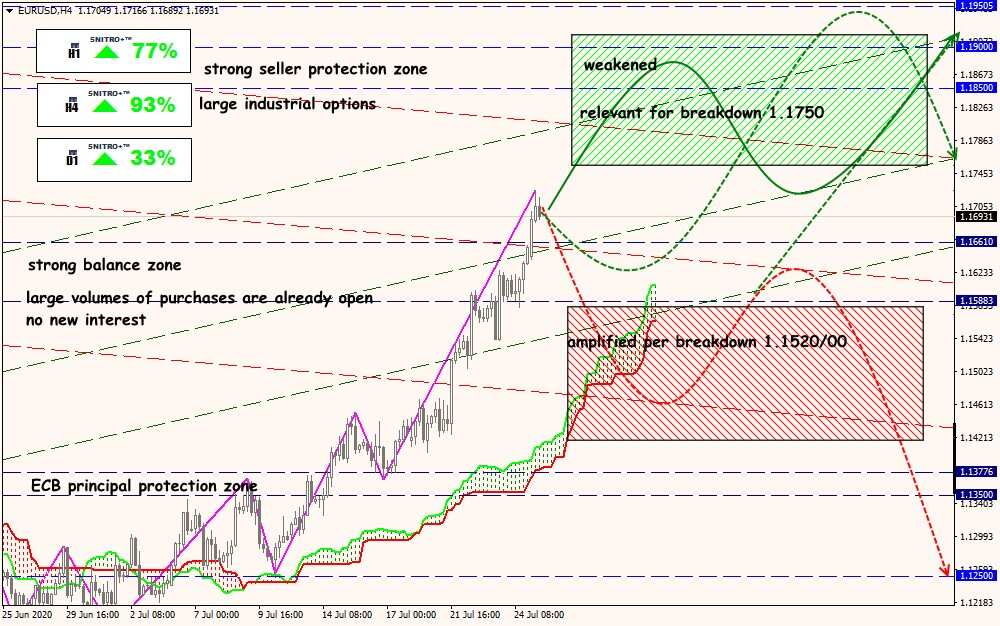 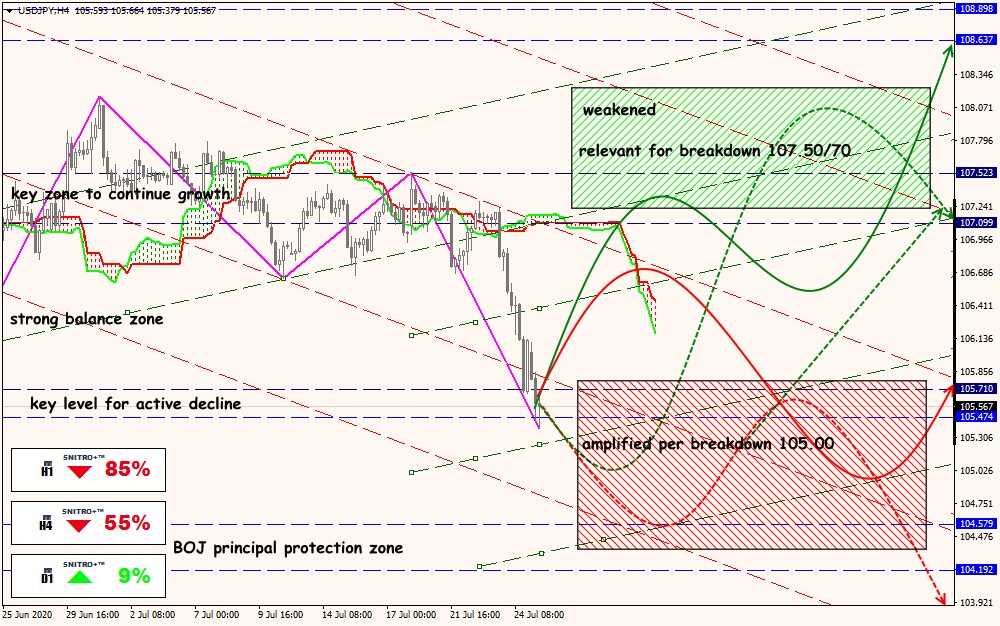 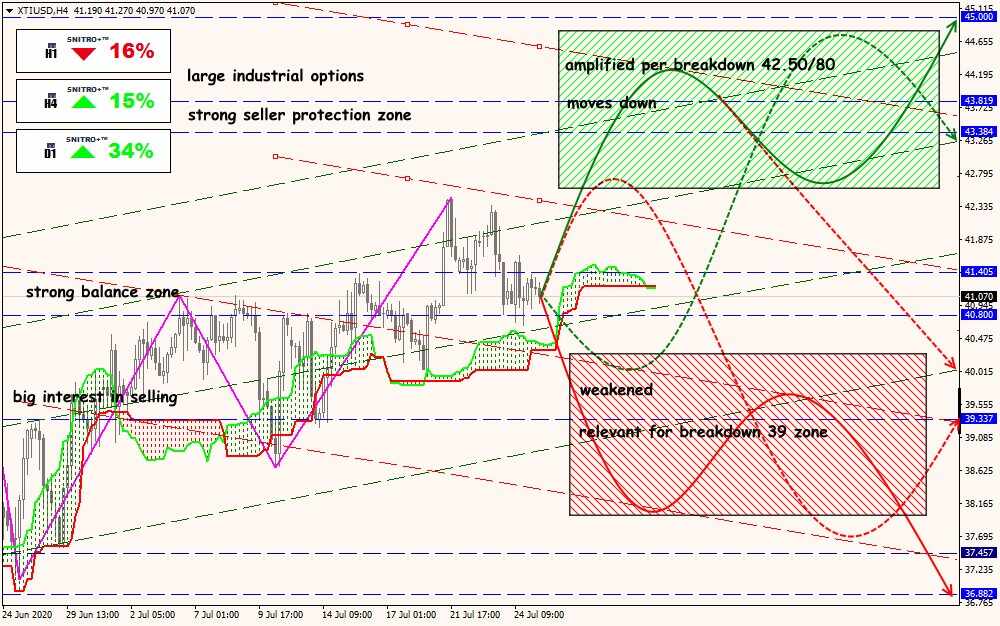